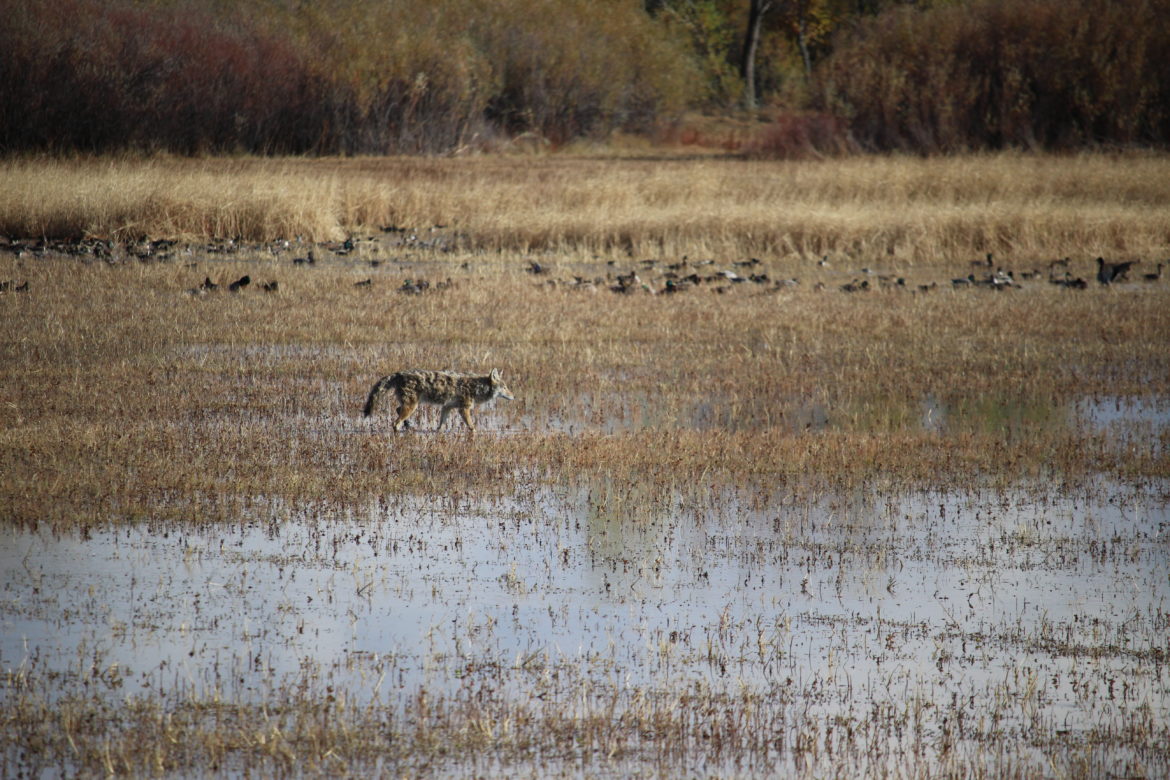 –The Denver Post reported that U.S. Environmental Protection Agency Administrator Scott Pruitt said he plans to review about 400 claims filed against the agency over the 2015 Gold King Mine spill by the end of March. Bafflingly, however, the Trump administration also signed a resolution, reversing an Obama-era rule that prevented mining companies from dumping their waste into waterways.

–USA Today reported that U.S. Interior Secretary Ryan Zinke is again accused of mixing politics with government business, this time in Pennsylvania. The story also offers a partial rundown of other ethical questions raised during Zinke’s time as a member of the president’s cabinet.

-The Albuquerque Journal’s Maddy Hayden reported that city employees dumped more than 300,000 gallons of contaminated water into storm drains at the Transit Department’s West Side facility between 2014 and 2016. Three employees are reportedly being disciplined, including a supervisor who instructed his employees to dump the water on weekends, when it wouldn’t be noticed, and who intimidated employees by reminding them they could be replaced.

-The cause of a wildfire in the East Mountains is still being investigated, according to Kirtland Air Force Base officials. And the Albuquerque Journal’s Joline Gutierrez-Krueger is among those questioning how well the base coordinated with local fire departments, and let local people know what was happening. She wrote, “What happened next shows that despite the ‘fire readiness’ meetings various agencies have already put on for us residents in preparation for the upcoming fire season, what isn’t ready is the system that is supposed to alert and inform us about fire.”

In an email to NMPR, KAFB spokesman James Fisher wrote, “…in the future we will be more specific about the location to allay the concerns on the part of the public.”

–There’s a new film about the efforts of a Diné hydrologist, Karletta Chief, to protect the Navajo Nation’s waters. “Breakthrough: Bitter Water” is the final film in a six-part series about women in science. Pruitt has criticized his agency’s handling of the spill repeatedly.

-Harvard Law Today ran a profile recently of Ethel Branch, Attorney General of the Navajo Nation. It’s a great read about Branch, who has been integral in the fight to try and protect Bears Ears National Monument from the Trump administration’s plans to shrink its size.

-By the way, the U.S. Bureau of Land Management is holding four public scoping meetings as part of its land use planning for Bears Ears and Grand Staircase Escalante National Monument in Utah. More information on those meetings is here.

-It’s across state lines, but Colorado’s Great Sand Dunes National Park is in the news right now. The Department of the Interior plans to auction off mineral rights on 18,000 acres near the park, according to the Denver Post.

-The U.S. Air Force has announced a freeze on public outreach, according to Defense News, which reported:

According to March 1 guidance obtained by Defense News, public affairs officials and commanders down to the wing level must go through new training on how to avoid divulging sensitive information before being allowed to interact with the press.

The effort, which represents the third major Defense Department entity to push out guidance restricting public communication over the past 18 months, creates a massive information bureaucracy in which even the most benign human-interest stories must be cleared at the four-star command level.

-The Albuquerque Journal reported on the oil and gas industry’s record-breaking year in New Mexico. New Mexico is currently only behind Texas and North Dakota in oil production. The state’s job numbers, however, still remain more than 23,000 workers below 2007 levels. (Hat tip to the Santa Fe Reporter’s Matt Grubs for linking earlier this week to this Market Watch story.) And the Carlsbad Current Argus has a story about how 400 transient oil and gas workers, living in “man camps,” are affecting Loving locals, and their water supplies.

-The Gila National Forest has released its preliminary draft forest plan, which the public has until April 23 to comment upon, according to the Silver City Daily Press.

-I’m going to add a +1 on this essay about coyotes in High Country News. Though some people won’t, I agree with the author’s respect for coyotes, even when faced with the loss of a beloved family pet. I’ve lived in rural, urban and remote areas with coyotes—and a pack of the canines taught me never to let my dogs off-leash in Albuquerque’s bosque—and I learned that it’s my job to protect my pets from coyotes, not take revenge against the wild animals when they act … like wild animals. Michael Baughman writes: “Thoreau wrote that ‘in wildness is the preservation of the world,’ and though I don’t know exactly what that meant to him, I do know what it means to me.”

-NMPR readers know that I spent some time recently on the Lower Colorado River with the Institute for Journalism and Natural Resources. We’ve published two stories about that trip (here and here and we’ll have a few more this spring), and I wanted to share some of the great reporting my peers on the trip have done recently, including: