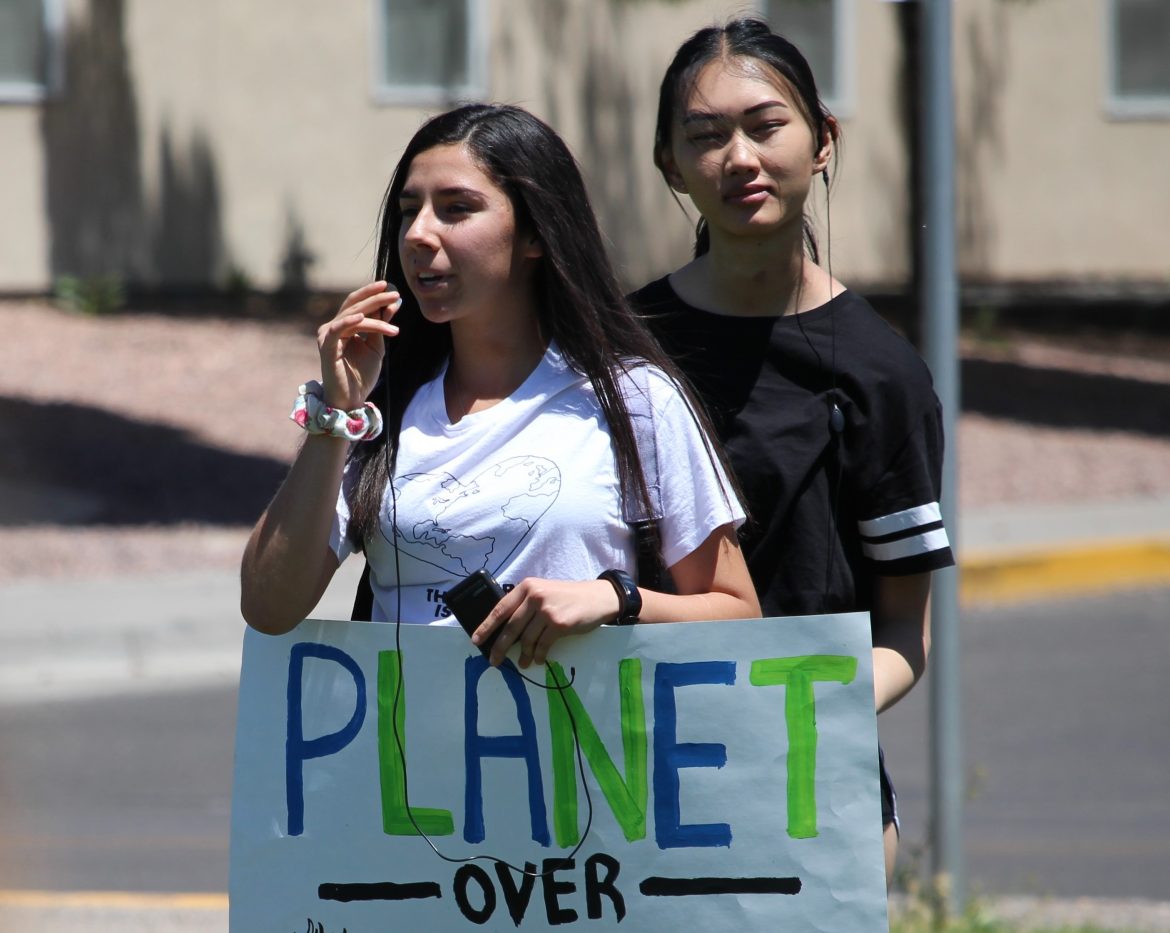 Friday afternoon, Albuquerque middle and high school students took over a corner of the University of New Mexico’s Johnson Field—and then a busy intersection nearby—to demand action on climate change.

Alyssa Ruiz from Sandia High School told the crowd that while the United States plans to spend more than a billion dollars building a wall along the U.S./Mexico border, the Trump administration’s proposed budget for 2020 cuts spending on renewable energy. “When will our future be considered a national emergency?” she asked.

Katie Butler, a 17-year-old student from La Cueva High School, was among the co-organizers of the School Strike for Climate Action. “This isn’t about politics,” she said. Rather, climate change is a human rights issue.

And seventh grader Eliott Patton expressed the frustration echoed by many of the teens at the protest. “We need to get adults to stop Tweeting,” she told the crowd, “and start acting.”

Arriving at the protest with his mom and two siblings, ten-year-old Alex Hanna told NM Political Report he fights for climate change “because it’s our future and we can’t waste it.”

“It’s horrible what we’re doing to our planet, because this is the only planet that’s good for us,” he said. Adults, he said, “should be fighting back and not be scared to speak up.”

Friday afternoon’s strike was part of a coordinated and global youth movement on climate change.