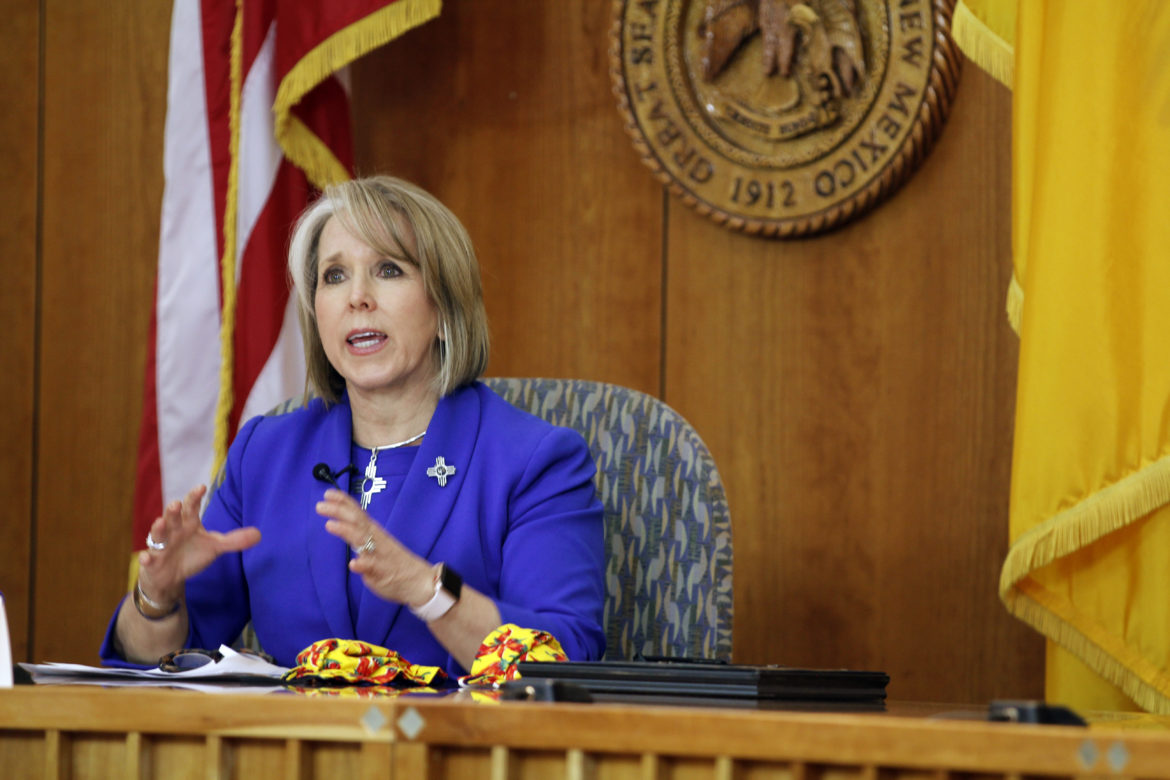 The governor announced during a press conference on Wednesday that the state would be working with the federal government on a pilot program related to contact tracing and surveillance related to tracking the spread of COVID-19.

While she didn’t have specific details, Gov. Michelle Lujan Grisham said, “I felt really good about the fact that they recognized that we want to do that and we’d like to help the federal government attack that as a national strategy.”

Meanwhile, the state gave an update on a number of other areas, including on the spread of COVID-19 in the state, updates on testing and updates on more resources and supplies headed to the state.

As for the pilot program, Lujan Grisham said she spoke to the White House, which said they were interested in working with New Mexico because of the work done by the state on testing and getting the medical system ready.

“They want New Mexico to be a pilot for surveillance and research and what we call contact tracing,” Lujan Grisham said. “That’s finding out a more automated way and bringing in more workers to figure out who has been exposed.”

Lujan Grisham said she expected the Centers for Disease Control and Prevention and the U.S. Health and Human Services Department to be directly involved in the pilot, which would include several states. She said she also expected Dr. Deborath Birx, the Coronavirus Response Coordinator for the White House Coronavirus Task Force put together by President Donald Trump, to be involved.

She said the current way of contact tracing involved the Epidemiology and Response Division in the New Mexico Department of Health making phone calls.

The pilot program would involve the federal government and testing to see what sort of more automated, digital systems could be done.

“So if I live in ‘x’ place and I’m COVID-19 positive, what can we assume about the businesses, the contacts, the grocery stores, the gas stations, the childcare centers, food delivery spots,” she said. “All of that in that area that can help us do more of that and see where risk is.”

New Mexico Human Services Department Secretary David Scrase mentioned that some areas of the state are flattening the curve after positive tests, mentioning Santa Fe County, perhaps because the state government, a large workforce in the county, has moved to work-at-home status.

He did, however, mention that “We’re still seeing more rapid growth” in the northwestern part of the state. San Juan, McKinley and Sandoval counties continue to have the highest per capita positive tests in the state. All three counties have significant Indigenous populations.

“This area of the state has a higher rate of people with low-income,” Scrase said. “There’s less access, sometimes, to medical care, to food, to housing. So it’s a very, very vulnerable population. So we’re very, very concerned.”

In the state at large, the state’s doubling time, the amount of days it takes for total cases to double, has continued to increase.

Scrase said the state has done “an amazing job” on social distancing and that “we’re now up to 4.6 days for cases to double.”

“We believe that the effect of social distancing that everybody has been doing has really been what’s made the difference in this. So I want to thank everyone in New Mexico who’s been staying at home, we know that’s hard to do.”

Because of the social distancing and the curve flattening, “that surge that we are predicting, those numbers are getting lower, the time is being pushed out a bit to give our health care system more time to react and get ready.”

They also answered again why the state uses its own model, and not the University of Washington model.

“This is modeling that hasn’t really been accepted for any state that’s using real state, day-to-day data to identify where you are at any given point and time,” Lujan Grisham said.

While the team that develops the models does look at what other models say when they meet, Scrase said they mainly focus on their own model, in which they are able to insert their own data.

He mentioned social determinants of health, burden of disease and other info that goes into the state’s model.

“The model on which the curve actually bends is the one we’re using in New Mexico,” Scrase said.

Secretary of Health Kathyleen Kunkel said that the state continues to expand its testing capacity and can now process up to 3,500 tests per day.

She said this week that the state increased capacity through the National Jewish Laboratory in Denver, CO, which is able to process specimens in between 24 and 48 hours, and Sandia National Laboratories, which can currently test federal employees, and after federal approval will be able to process tests for other New Mexicans.

She also said that the state entered into a contract with Wal-Mart to expand the state’s capacity.

The state also received and distributed Abbott Laboratories rapid test machines. Those were distributed to rural areas including rural hospitals.

With the increased capacity, the state was able to go beyond the routine testing at its 60 test sites, with at least one in every county in the state, and focus on tribal communities and long term care facilities, Kunkel said.

The state is testing those populations both in response to positive tests and for surveillance.