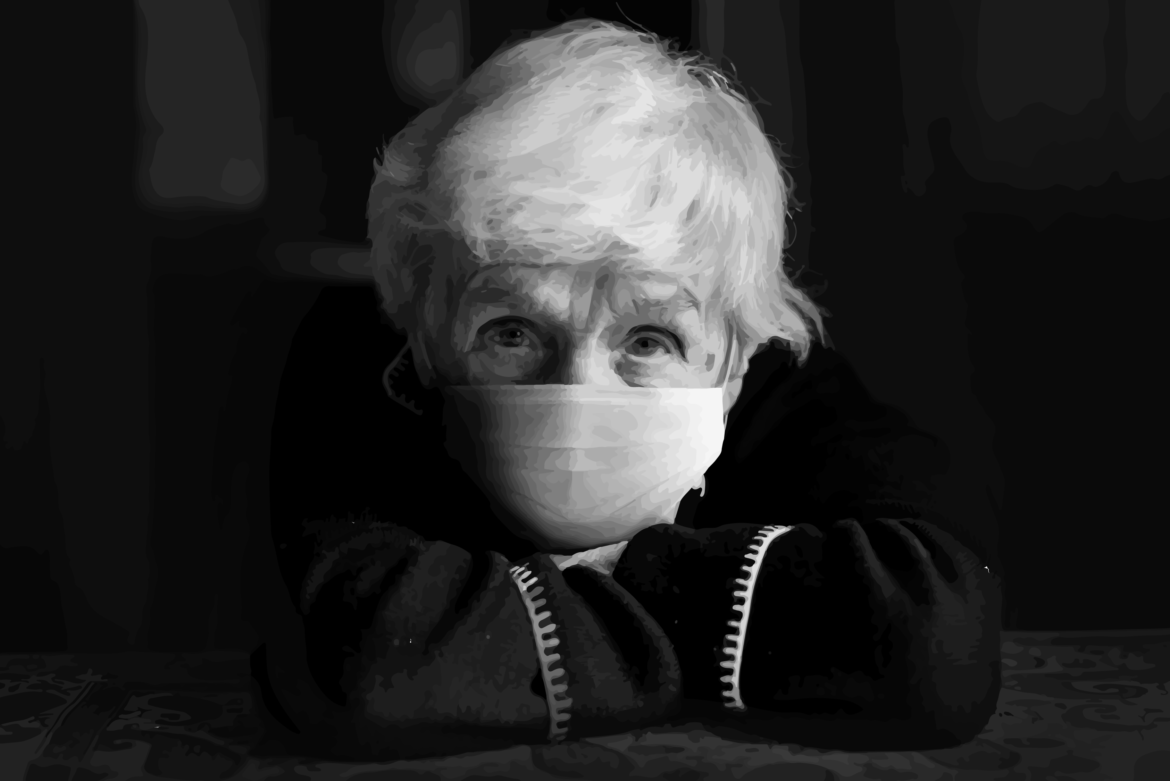 As cases of COVID-19 mount in New Mexico’s nursing homes, Gov. Michelle Lujan Grisham has announced that the state will partner with Genesis Healthcare, a for-profit chain that has been denounced by the U.S. Department of Justice as an “unscrupulous provider” that routinely provides “grossly substandard nursing care.”​

The plan, announced April 10, calls for elderly nursing home residents who test positive for the virus to be transferred to Canyon Transitional Rehabilitation Center, a 73-bed Genesis-owned facility in Albuquerque with a history of sometimes life-threatening health and safety violations.​

In the last four years and as recently as this January, inspectors uncovered a pattern of deficiencies so severe that the Centers for Medicaid and Medicare Services (CMS) assigned Canyon a one-star health rating — the lowest possible score. The facility has also been cited for a complete lack of infection control, massive staff shortages and staff incompetence. Canyon has been named as a defendant in at least 13 lawsuits in state court, alleging negligence, fraud and wrongful death.​

Gov. Lujan Grisham did not respond to numerous requests for comment. ​

The decision to place coronavirus-positive nursing home patients at Canyon — where they will be cared for by Genesis employees — has been lauded by the secretaries of the Aging and Long-Term Services Department and of the Department of Health, who said the move will protect nursing home residents and staff who have not yet been exposed and provide the “treatment and quality of care necessary to give them the best possible opportunity to recover and rehabilitate from COVID-19 infection.” In an email to Searchlight, DOH said that the facility is now in compliance with all regulations.​

But the plan has been met with dismay from attorneys, families and elder care experts, who say the facility is woefully unprepared to meet the needs of the state’s most vulnerable patients, even as the federal government scales back nursing home inspections.

“It’s a disaster,” said Charlene Harrington, a professor at University of California San Francisco who researches the business practices of Genesis and other for-profit nursing home chains. “They’re going to get away with bloody murder because they’re going to get top dollar for these patients and with no oversight.”

The state is currently in negotiations to pay the all-COVID nursing home a rate of $600 per patient per day. That money would likely be in addition to high-tier reimbursements from Medicare.

“This is a big business opportunity” for for-profit chains, Harrington said.

Canyon is one of 25 for-profit nursing homes in New Mexico owned by Genesis, a Pennsylvania-based chain that has come under increasing scrutiny by federal investigators in recent years. In 2017, the Department of Justice forced Genesis to pay a $53.6 million settlement after investigators uncovered alleged violations of the False Claims Act.

According to state court filings, Genesis’s New Mexico nursing homes have regularly been tied up in civil cases — at least 65 in the past four years alone. Many of those suits accuse Genesis of “maximizing profits by operating Nursing Homes so that they were underfunded and understaffed.”

In recent weeks, nursing homes across the country have emerged as hot zones in the coronavirus pandemic, with more than 7,000 deaths of nursing home patients reported nationally as of Tuesday.

In New York, an astounding 2,800 nursing-home residents have so far died amid outbreaks — a death rate made all the worse by chronic understaffing. In early April, CMS officials issued a $611,000 fine and threatened to withhold Medicaid and Medicare funding to Life Care Center in Kirkland, Washington — the first epicenter of coronavirus in the U.S. — after finding a slew of deficiencies that allowed the virus to spread, killing dozens of residents.

An aide in a nursing home facility in Los Alamos makes a call while a resident sleeps on her walker, 2002.

The risks are especially acute in New Mexico, which has by far the highest rate of serious deficiencies per nursing home in the entire country, according to a national database compiled by the nonprofit investigative news organization ProPublica. Nearly half are concentrated in the facilities owned by Genesis Healthcare.

In the past four years alone, CMS cited New Mexico’s 25 Genesis-owned nursing homes for nearly 1,000  violations of health and safety standards, according to the database. Forty-one of those deficiencies were issued to Canyon, inspection reports show — double the average number of health citations in other New Mexico nursing homes.

In May 2018, inspectors arrived at Canyon to discover an elderly man with a known history of respiratory problems gasping for air as his legs turned blue from a dangerous drop in oxygen. The nursing home, which at the time was understaffed by 18 positions, had no protocol for responding to such an emergency. Inspectors watched as employees stood by, unsure what to do before finally picking up a phone to call 911 for help.​

When the inspectors later quizzed staff on how they should have responded, they were met with a “long silence,” according to CMS documents. Canyon was cited for employee incompetence over the incident.​

Authorities have discovered even more egregious violations at other Genesis facilities in New Mexico. Among those violations: catheter tubes lying on the floor; employees reusing dirty syringes; the dealing of illegal drugs (“small bags of white powder”) throughout one nursing home. Inspectors documented infection control and nursing care practices so deficient that residents have developed gangrene or had limbs amputated from untreated wounds.​

Indeed, 80 percent of Genesis homes in New Mexico have been cited for substandard infection control, according to a Searchlight analysis of federal inspection data. Among those is Uptown Rehabilitation in Albuquerque, where 16 staff members and 10 residents have so far tested positive for coronavirus. Inspectors had previously found that Uptown failed to properly disinfect equipment, perform regular “IV dressing changes,” or avoid “unnecessary exposure to bacterial organisms,” according to CMS documents.​

“There is just a huge lack of lack of training,” said Melanie Bossie, an attorney whose Phoenix-based firm filed several dozen wrongful death and negligence suits against Genesis facilities in New Mexico. “If I walked into a deposition of [a Genesis employee], I can guarantee you they would not be able to tell us appropriate infection control practices.”​

Genesis Healthcare declined to comment for this story, stating in an email: “We are not granting interviews at this time.”

But internal corporate emails obtained by Searchlight show a preoccupation with nursing homes’ “census” counts — the number of residents in each nursing home — with Genesis management directing homes to bring in as many new clients as possible. In 2014, the company went as far as to hold a “Fill the Bed Challenge” contest for its New Mexico and Arizona homes, emails show, offering a cash prize for the nursing home that maintained full capacity for the longest period.

An ongoing case against Canyon alleges that in 2018, a 77-year-old resident was sexually assaulted by another patient and had to wait more than 20 minutes with the “problem patient” before staff responded to her call light. Excessive wait times for staff to respond to call lights has been well documented. In 2019, a CMS report described a patient complaining that, “The other night a man fell out of bed and was left on the floor for many hours screaming for help.”​

Although inspections are overseen by the federal government, states are accorded the right to levy penalties. The average fine in New Mexico is $37,100, compared to $120,000 in Maryland and $199,000 in West Virginia.​

Even when a facility receives a fine, follow-up is inconsistent, said Dusti Harvey, an Albuquerque lawyer who for years was an in-house attorney for a major nursing home chain. “Basically they have to come up with a plan of correction for deficiencies: ‘We promise to fix these things in the following ways.’ Sometimes inspectors come back to check and sometimes they don’t. It’s a lot of lip service.”​

That’s been the case for Canyon. After CMS inspectors determined that it failed to “provide and implement an infection prevention and control program” in 2018 and 2019, the facility received only one modest fine of $13,605 from New Mexico.​

Canyon’s record of infection deficiencies has continued unabated. Reports from the previous two years cite a slew of issues, including poor ventilation between the biohazard storage room and the laundry room, equipment not being disinfected between use and residents sitting in soiled clothing for hours.​

“Now we find ourselves in the middle of a viral pandemic, and in six weeks we’re trying to turn around three decades of lax regulation. It’s just not possible,” he said. “This was a tinderbox and it was ready to go.”

Are you a nursing home employee? Do you have a loved one in a nursing home? We want to hear from you—text ‘nursing’ to 505 427 2777 or email reporter Ed Williams at ed@searchlightnm.org.