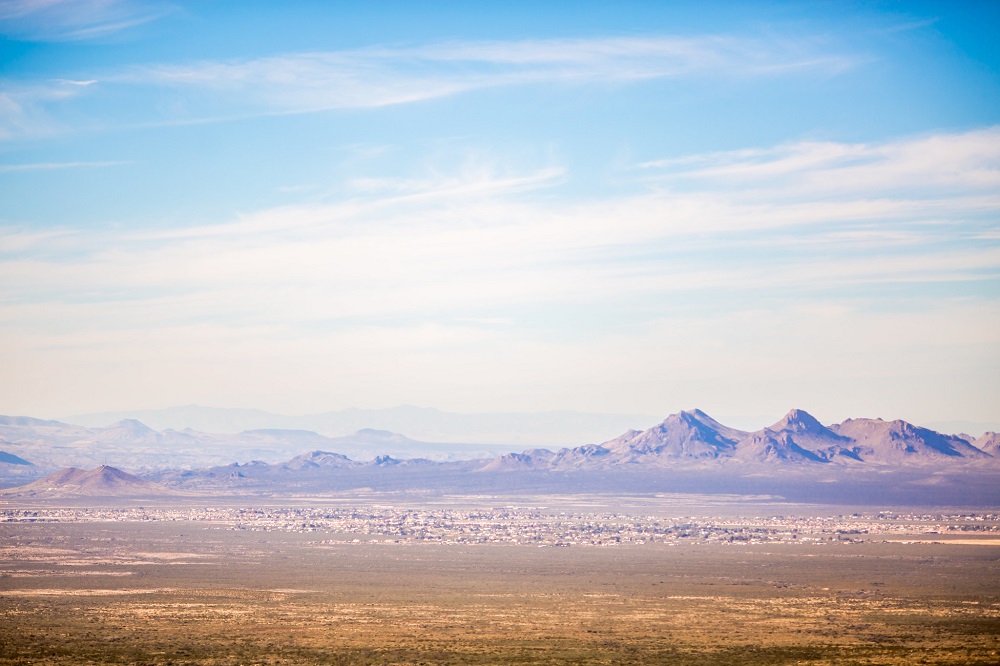 Climate change and a sharp increase in oil and gas production in the state are contributing to worsening air quality in New Mexico, according to a new report.

The American Lung Association’s (ALA) annual “State of the Air 2020” report, which looks at ozone and particle pollution levels across a three-year period between 2016 and 2018, found air quality across the country has worsened since last year’s report, and New Mexico is no exception.

Climate change has been a chief driver of worsening air quality, said JoAnna Strother, senior advocacy director for ALA, because it increases the amount of particulate matter in the air.

“Climate change is really leading to stuff that we saw in this year’s report. The past five years are the warmest years on record, globally,” Strother said. “As temperatures warm up, we see more droughts, more dust storms, more wildfires — all of those contribute to the unhealthy air quality that we see picked up on air quality monitors.”

Wildfires are another major contributor to particle pollution, she said, particularly in the western United States.

“Those wildfires might be happening in California and we would certainly see effects in other states like New Mexico,” she said.

“When there’s no rain to saturate, the dust becomes very fine particles, and when that’s picked up into the air, it [becomes] particle pollution. We’re specifically looking at PM2.5, so it’s extremely fine particles that lodge very deep down into the lungs, and is responsible for a lot of the health impacts,” she said.

Much of the particulate matter data for New Mexico is missing from the ALA report, which uses data compiled from state air quality monitors.

“What pollutants are monitored in the network and where those monitors are located is determined and governed by federal requirements for siting and the federal Environmental Protection Agency,” she said.

Particulate matter in Eddy and Lea counties, for example, is monitored by just one PM2.5 “sampler” located in Hobbs. For San Juan County, the state has a monitor located west of Farmington, but that monitor is tracking PM10, particulate matter that is slightly larger than the fine nanoparticles that make up PM2.5.

While both types of particle pollution can be harmful to health, the ALA report only looked at PM2.5, which is considered more dangerous at lower levels because the particles are smaller and can enter the bloodstream.

Oil and gas development and ozone

Ozone pollution levels also contribute to poor air quality in the state. Ozone is the product of nitrous oxide and volatile organic compounds (VOCs) being exposed to sunlight and warmer temperatures.

“Here in the Southwest, we have an abundance of sunshine most of the year. We actually live in a climate that’s perfect for cooking up ozone,” Strother said.

Vehicle emissions, which include VOCs, are considered the top driver for ozone pollution, but energy industry activities, such as coal burning and oil and gas production, also contribute to high ozone pollution levels.

The report shows residents living in New Mexico’s top oil and gas producing counties are exposed to more days of unhealthy ozone pollution levels than some of the state’s largest cities. Some of that disparity can be attributed to oil and gas production.

“We’ve seen this throughout the west. As more oil and gas development has occurred, we’ve seen higher levels of ozone pollution follow,” said Will Barrett, clean air advocacy director at ALA.

“Certainly Eddy County jumps out as a place that has had an increase in the number of unhealthy ozone days,” Barrett said.

“We do know that these put harmful pollutants into our air, and we know that air doesn’t stay in one place. It affects multiple people and multiple counties, and even across state lines, which is why we’re concerned,” Strother said.

Strother said it’s hard to pinpoint specifically what’s causing the ozone pollution, because there are a number of factors at play. Doña Ana County, for example, had the largest amount of high ozone pollution days during the three-year period, despite its population being about a third of Bernalillo County. That’s likely due to its proximity to El Paso, Texas, which has air pollution that impacts the surrounding area.

“Air doesn’t remain stagnant for very long, it moves around, and it definitely can blow over from a different state, even from Mexico,” Strother said. And weather patterns can also contribute to higher ozone levels.

“Sometimes, especially in the winter, cool air can get trapped beneath warmer air, and that causes it to remain stagnant and causing some of those spikes we see,” she said.

The Energy, Minerals and Natural Resources Department (EMNRD) and NMED are currently working on developing regulations that will help curb on VOC emissions as part of its methane rule making, according to Elizabeth Bisbey-Kuehn, bureau chief of NMED’s Air Quality Bureau.

“Methane from the oil and gas sector is packaged with other pollutants, namely volatile organic compounds, which are a key ingredient in an ozone formation,” Bisbey-Kuehn said at a community impacts virtual meeting held in March. “Not only are we regulating methane as a proposed rule, but we’re also regulating VOC as an ozone precursor.”

Not surprisingly, those counties ranked among the highest in the state for ozone levels in the ALA report, with the exception of Chaves county. ALA was unable to obtain any ozone data for Chaves county.

Hayden said NMED and EMNRD have not yet begun drafting the rules, but expect to have them done by the end of 2020. And despite the COVID-19 pandemic bringing many business operations to a halt, she said the state’s strategy is “moving ahead on schedule.”

“We’re extremely concerned, and we definitely oppose legislation that would weaken any part of the Clean Air Act,” Strother said. “The science is clear, and we’re urging the administration and Congress to adopt science-based standards for air quality. We want to make sure that ozone and particle pollution standards remain intact and strong for public health.”