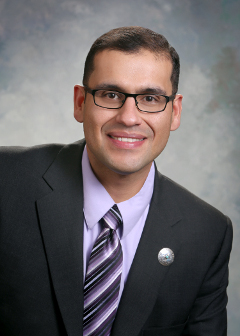 Without relief aid from the federal and state government, immigrant families could suffer homelessness and hunger.

Amber Wallin, NM Voices for Children’s deputy director, said that without any aid during the public health emergency and economic crisis, the crisis will worsen for immigrant families, leading to homelessness and hunger. That could also mean there will be children who live in immigrant or mixed-status homes who won’t be prepared to learn due to hunger in the coming school year. Some immigrant-owned businesses will be unable to restart, leading to more job losses, she said.

“We had huge challenges already. We’ll see dire circumstances and it’ll be that much longer before we start to recover from the economic crisis,” she told NM Political Report during an online press conference.

NM Voices for Children and other nonprofit organizations issued a report Thursday highlighting the contributions immigrants make to society to point out the inequity of refusing relief to a group who pays state, federal and local taxes. According to the report, both documented and undocumented immigrants pay more than $996 million annually in federal, state and local taxes. Of that, $393 million goes to state and local governments.

But, immigrants were left out of the $2 trillion federal CARES Act. In addition to being unable to receive the federal stimulus check, they are also unable to access unemployment insurance benefits. This includes mixed-status families, which could include a parent and/or children who are American citizens.

The nonprofit advocacy organizations NM Voices for Children, Partnership for Community Action, El Centro de Igualdad y Derechos, NM CAFé (Comunidades en Acción y de Fe) and Somos Un Pueblo Unido, with help from the New Mexico Center on Law and Poverty, created a list of policy recommendations for the state to aid immigrant families during the emergency. They include creating a new emergency assistance fund for people who are ineligible to receive federal assistance; providing a basic health plan or a Medicaid buy-in plan regardless of immigration status; and increasing the state’s food stamp supplement.

Wallin said the state has been “very receptive,” to the groups’ policy recommendations.

According to the report, immigrants are more than two times as likely as U.S. born workers to work in agriculture and mineral extraction, both of which make up 12 percent of the state’s gross domestic product. Many immigrants perform in jobs that have been deemed essential and required to stay open during the public health emergency.

Unemployment in the state is expected to rise to between 13 and 16 percent this summer, according to the report. Restricting immigrants from being able to access unemployment benefits not only hurts them, but also hurts the communities they live in, according to Johana Bencomo, a Las Cruces city councilor.

Bencomo said not providing any relief to immigrants is “irresponsible and offensive.” She said there would be a rippling effect to communities, such as Las Cruces, which is the second largest city in New Mexico.

Immigrants who have been directly affected told their stories during the press conference.

Socorro Gamboa, who is a Lawful Permanent Resident and has lived in Santa Fe for 18 years, may have to postpone completing her U.S. citizenship process because she won’t be able to afford the $725 fee. Her husband lost both restaurant jobs he was working before the crisis began. Their son was born in this country and is a U.S. citizen, but they expect to have to take out loans to survive the rest of the year.

“This will set my family back for years,” she said.

Maria de Jesus Jaquez lives in Roswell and is pregnant with her third child. Her husband works on a dairy farm, but due to the pandemic, his hours were cut back. She makes and sells bread and empanadas to make extra money, but also anticipates having to take out loans to make ends meet in the coming months.

Olga Santana, a resident of Bernalillo County, lost employment as a domestic worker due to the pandemic.

“The immigrant community, along with other communities of color and low-wage workers, are the most vulnerable in this situation and the most affected by this crisis. We must be taken into account – we are human and we are a part of this community,” Santana said.

Rep. Javier Martinez, D-Albuquerque, spoke during the conference and promised that the budget cuts expected to come will not harm immigrants. State Senate Finance Committee Chair John Arthur Smith, D-Deming, told NM Political Report a few weeks ago when the price of oil plunged to negative $30 a barrel, the state may have to consider “revenue reform,” given the economic hit the pandemic has caused to the state. New Mexico’s budget woes are compounded by its reliance on oil revenues. Cities are also facing steep losses in Gross Receipts taxes.

Martinez said that when the full legislature reconvenes this summer for a special session to reconsider budget expenditures, “many of us are committed to not imposing austerity” measures.

But budget cuts are expected. Martinez said that given the “gains in public education and early childhood development, there is a commitment to not go back to the austerity of the previous administration.”

“We’re not going to balance the budget on the backs of families and immigrants,” he said.