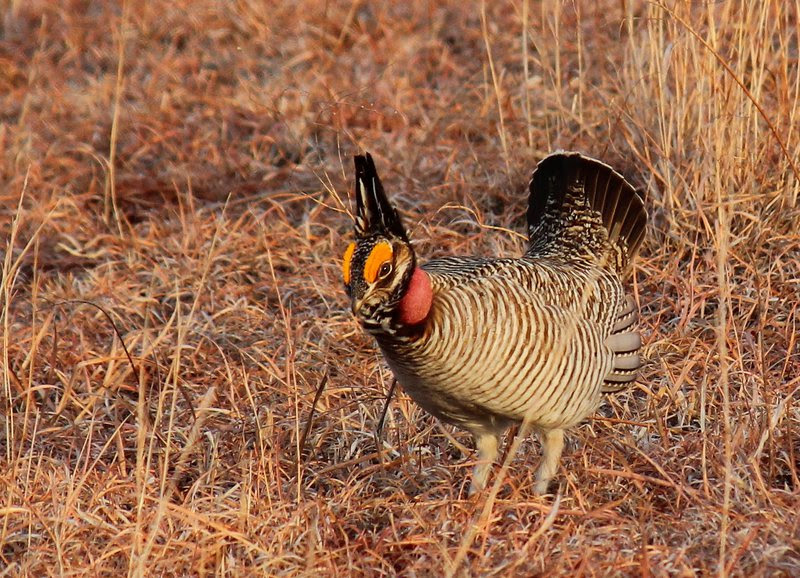 A conservation program that industry groups and landowners hoped would keep the lesser prairie chicken off the federal Endangered Species Act list has fallen short of its conservation mission and wasted millions in the process, according to an independent audit of the program.

The lesser prairie chicken has been under consideration for Endangered Species Act protections for more than 20 years and was listed as a threatened species, a step down from endangered species designation, from 2014 to 2016.

A group of five states that share the lesser prairie chicken range — New Mexico, Texas, Colorado, Kansas and Oklahoma — developed in 2013 a voluntary conservation program with land owners, ranchers and oil and gas companies through the Western Association of Fish and Wildlife Agencies (WAFWA), a consortium of state fish and game agencies across the West. WAFWA has managed the program for landowners and oil and gas developers to buy into in order to assure protections for remaining lesser prairie chicken habitat.

The program became integral to a federal judge’s decision in 2015 to delist the lesser prairie chicken after finding that the U.S. Fish and Wildlife Service didn’t consider the potential beneficial impacts of the WAFWA program on the species’ recovery.

But seven years into the program, and with half the budget already spent, the audit paints a vivid picture of mismanagement at the program. The audit report stated that WAFWA “does not properly administer the program from a financial standpoint,” predicted the program would run out of funds by July 2019 and called WAFWA’s use of program funds to purchase a building in Idaho, well out of the lesser prairie chicken’s range, “inappropriate.” It also noted an “organizational culture that prevents an effective management of the program.”

Chris Moore, acting executive director at WAFWA, told NM Political Report the association requested the audit and “acted immediately to improve its short-term financial situation and overall organizational structure” in response to the report and “continue[s] to implement new procedures and approaches to address the recommendations from the audit.”

“We disagree with a number of the audit findings but do acknowledge that there are financial and administrative issues that need to be addressed,” Moore said.

Moore added that the program has helped the lesser prairie chicken species grow its numbers.

But Noah Greenwald, endangered species director at the Center for Biological Diversity, said the audit report underscores the need for federal protections.

“Voluntary conservation efforts by private landowners or others are vital to saving endangered species like the lesser prairie chicken, but what WAFWA’s bungled effort shows is that the strong regulatory protections of the Endangered Species Act are needed as a backstop to ensure those actions go the distance,” Greenwald said. “The Act in no way precludes action by the states, private companies or others, but rather strongly encourages such action, including providing a specific funding mechanism.”

Some private sector conservation-focused companies warned WAFWA’s mishandling of the program could spell trouble for future programs aimed at keeping threatened species off the ESA list.

“This is a really important time in ESA policy,” said Wayne Walker, CEO of Common Ground Capital, an Oklahoma City-based private sector conservation bank that has worked on habitat conservation for the lesser prairie chicken. “This program was promoted as the way of the future. State wildlife agencies working through their affiliate organization like WAFWA, partnering mostly with oil and gas who were going to do this voluntarily. This is touted on Capitol Hill. It just didn’t work.”

“This is not a way to fix this. This is a way to give the [environmentalists] the best chance to win in court,” he added. “It’s really disturbing. They were given $65 million and basically pilfered half of it with nothing to show for it.”

“This audit should cause some serious problems when it comes to litigation with the bird,” Riggsbee said. “We have an audit saying the program hasn’t met its standards, and there’s some financial misappropriations, as well as [concerns] about the viability of the program, financially speaking. I’m no judge or lawyer, but I would think that would be a big complication for anyone who doesn’t want this bird listed.”

“There’s tons of impacts on the landscape that are going to have to go unmitigated,” he added. “And that is unacceptable when you have a species that is hanging on by a thread.”