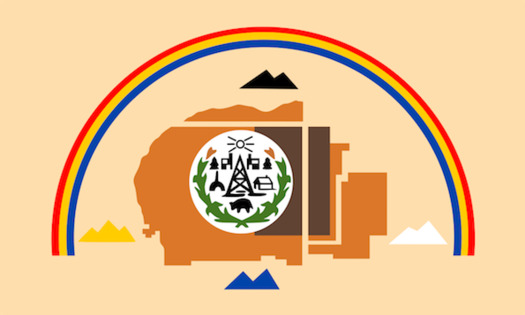 ALBUQUERQUE, N.M. — Tribal communities now will begin receiving federal coronavirus relief funding, a week after the government missed a congressional deadline for distribution, and only after being sued over who is eligible for the money.

In a phone call with reporters on Tuesday, Sen. Tom Udall, D-N.M., noted that the Navajo Nation — located in portions of New Mexico, Arizona and Utah — is reporting one of the highest COVID-19 death rates in the country.

“Yet the $8 billion Tribal Relief Fund we fought was stuck in the Trump Treasury Department for six weeks,” he said, “but this announcement comes weeks too late and billions of dollars short.”

On reservations, the rate of COVID-19 infections per 1,000 people is four times higher than in other parts of the country. Based on population, payments totaling about $5 billion will go out to tribes over the next several days.

Jason O’Neill, director of the Western Values Project, said the delay in funding occurred because tribes in the lower 48 states objected to Alaska Native corporations being part of CARES — arguing they’re “for-profit” businesses, and don’t meet the definition of tribal governments.

The Trump administration has sided with the Alaska Native corporations and the Treasury Department is preserving CARES funding for them until the court case is resolved.

The Senate returned to Washington this week, but Udall said he doesn’t believe it’s focusing on what needs to be done.

“And I really believe what we should be doing back here in Washington isn’t approving unqualified judges,” he said. “We should be focusing on oversight of almost $3 trillion that’s going out.”

Udall also said he’s discouraged there’s no national testing plan for COVID-19, since Congress has given the administration $25 billion to ramp up testing and develop a nationwide plan.

This story originally appeared at Public News Service and is republished with permission.