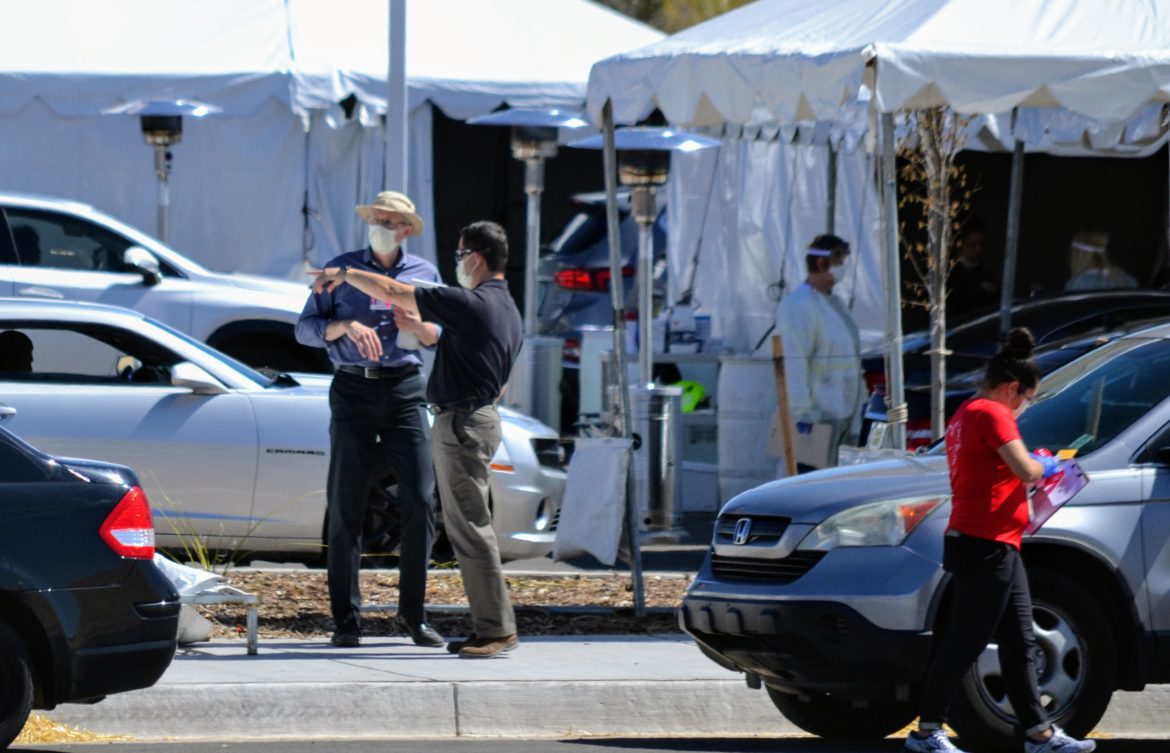 The state has now confirmed over 6,000 cases of COVID-19 since the beginning of the pandemic.

This came after the state announced 165 new confirmed cases of the disease among New Mexico residents and five additional deaths related to the disease.

The Department of Health announced Monday it has now confirmed 6,096 cases of COVID-19 and 270 people have died COVID-19-related deaths.

Of those, 67 were in McKinley County, which continues to have one of the highest concentrations of positive cases in the country. The state also announced that nearly two dozen inmates held by the state Department of Corrections at the Otero County Prison Facility have now tested positive. This is in addition to those held by the federal agencies who have tested positive at the same facility.

Two of the five additional deaths were from residents in McKinley County. The state provides some details on each COVID-19-related death among residents.

The state said that 1,796 of those who tested positive are now considered recovered, an increase of 41 from Sunday’s announcement.

The state has now announced results of 137,620 tests, an increase of 4,367 over Sunday’s announcement. The tests are processed by the state labs and other partners.

The majority of cases continue to come from McKinley and San Juan counties; the two combined for 101 of the 165 additional positive cases.

The state also found an additional 24 cases among inmates at the Otero County Prison Facility; 21 from those held by the New Mexico Corrections Department and three among those held by federal agencies.

The state provides a breakdown of cases by county, breaking out cases by those held by federal agencies in detention centers and prisons.

The state also provides a breakdown of total cases by county and in federal detention facilities.

The state said that four cases previously reported in results were later found to be residents of other states—one previously reported as from Bernalillo County, one from McKinley County and two from San Juan County. The state also said one each in Bernalillo and San Juan counties was determined to be duplicates, while one case in Santa Fe County was determined to be a false positive.

DOH corrected these errors in the Monday announcement.

And among those held by federal agencies:

Additionally, the 21 of those held at the Otero County Prison Facility by the state Corrections Department have tested positive for the disease.

Under the current state public health order, all residents must wear cloth masks to help slow the spread of COVID-19. The state said medical-grade masks should be saved for first responders and medical personnel. Many non-essential businesses can now operate at 25 percent capacity or with curbside service, though restaurants may not serve dine-in customers.

The state will allow any worker to get tested for COVID-19, regardless of symptoms.

The state advises individuals who are experiencing symptoms of a COVID-19 infection—fever, cough, or shortness of breath—to call their health care provider or the NMDOH COVID-19 hotline immediately (1-855-600-3453). Those with non-health-related questions or concerns can also call 833-551-0518 or visit https://newmexico.gov.