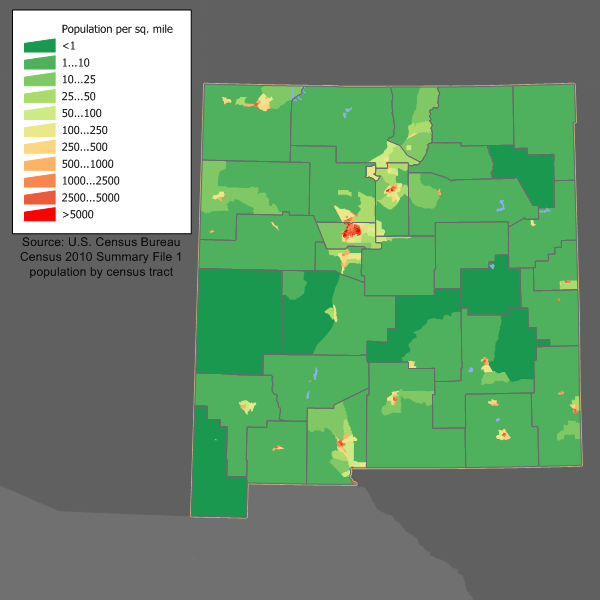 The office, which covers Catron, Chaves, Currey, De Baca, Doña Ana, Eddy, Grant, Hidalgo, Lea, Lincoln, Luna, Otero, Roosevelt, Sierra, Socorro and Valencia counties, opened Wednesday. The state said that about 56,500 households in those counties will receive hand-delivered materials so they can participate in the 2020 census this year.

Compared to other states in the U.S., New Mexico has one of the highest rates – nearly 20 percent of households – that need hand-delivered census forms. If households go uncounted, the state could lose hundreds of millions of dollars in federal money.

Related: A grassroots organization goes digital to encourage filling out the census

Nearly all of Catron County residents rely on hand-delivery, according to the state. Because census takers have been unable to hand deliver the census packets during the pandemic, New Mexico’s response rates have been artificially low, the state said.

There is no timeline for the reopening of the field office in Albuquerque or Window Rock, Ariz., which collectively cover the remainder of New Mexico counties, the state said. Together, those two field offices serve more than 100,000 New Mexico households that are still waiting for their census packets, according to the state’s announcement.

Census workers have been trained to follow health and safety guidelines, including social distancing and no-contact delivery of the census forms. The workers will wear official government-provided personal protective equipment for their safety and the safety of the public.

The Census Bureau will consult with individual tribes to establish schedules for resuming operations in those communities. Tribal lands in the northwest corner of New Mexico have been particularly hard hit with the type of coronavirus that has caused the pandemic.

Households will have until October 31 to complete the forms. The forms can be filled out at my2020census.gov. or by phone or mail.