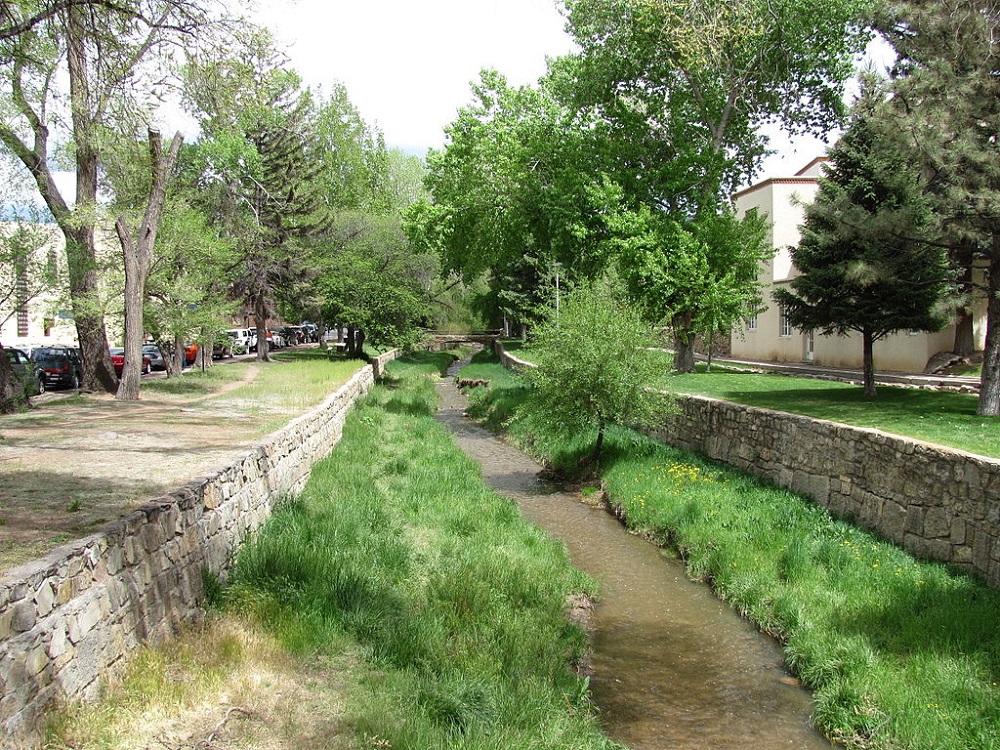 Santa Fe River Park Channel from the Don Gaspar Bridge. The Santa Fe River flows perennially near its headwaters, but becomes intermittent, then ephemeral, and then effluent-dominated, downstream. It could lose protections under the new clean water rule.

New Mexico joined Tuesday a coalition of 16 states, the City of New York and the District of Columbia that are asking a federal court to stop the U.S. Environmental Protection Agency’s new clean water rule from going into effect while it awaits a decision in an earlier lawsuit against the rule.

Attorney General Hector Balderas joined the coalition in filing a lawsuit May 1 against the Trump Administration in the federal Northern California District Court over the EPA’s recently finalized changes to the “Waters of the U.S.” definitions in the Clean Water Act regulations.

The definition greatly narrows the types of waterways, streams and wetlands that are afforded federal protection under the act. The New Mexico Environment Department estimates the new rule would remove protections for 89 percent of the state’s streams and half of its wetlands.

The rule is slated to take effect in June, spurring the multistate coalition to ask for a preliminary injunction that asks that the rule be enjoined until the court makes a decision on the coalition’s lawsuit “in order to prevent widespread harm to national water quality and to avoid disruption to state and local water pollution control programs,” according to a statement issued by the AG’s office.

In a separate statement, New Mexico Environment Department Secretary James Kenney said NMED will do “whatever it takes to prevail in protecting our most precious resource.”

“We will not allow a rule to take effect this summer that will devastate New Mexico’s scarce and limited water resources,” Kenney said.

NMED submitted comments on the rule in April, arguing that the new rule is “not based on hydrologic science” and “does not account for the impacts of climate change on the hydrologic cycle,” and said the new rule is not protective of public health or the environment.