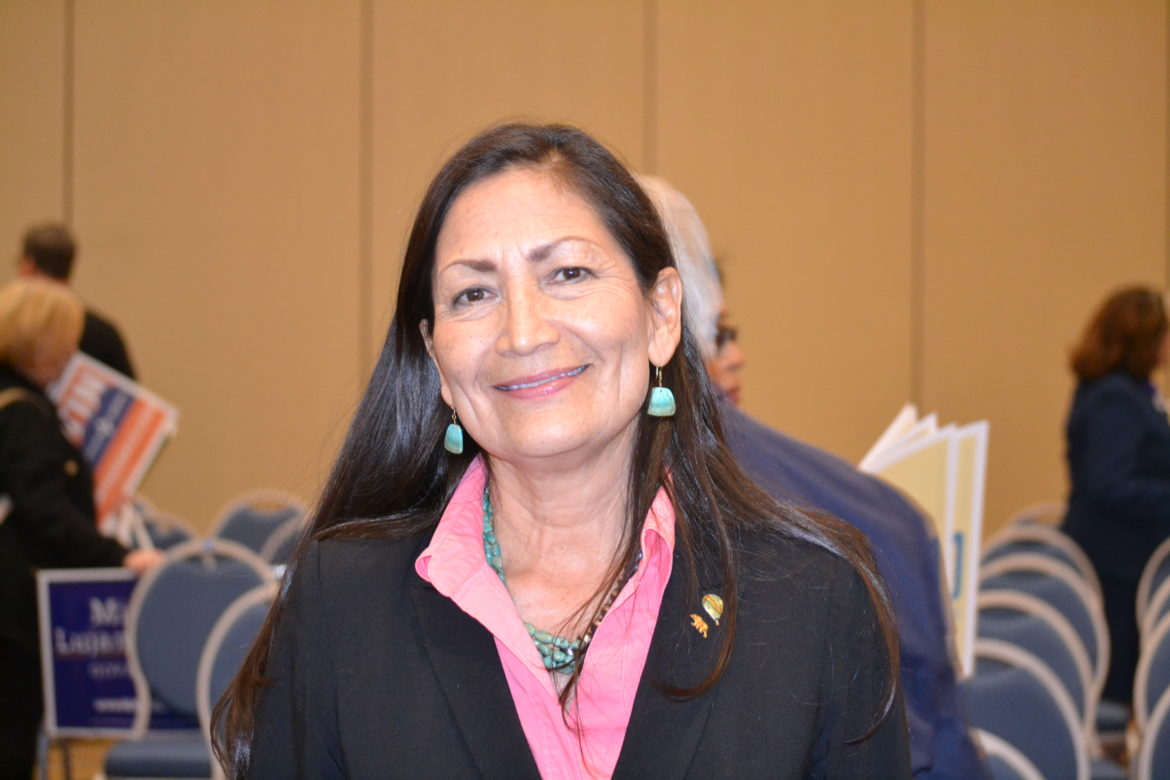 The New York Times invited the Albuquerque Democrat to participate in an online event called “Women in the Public Spotlight” on Tuesday as part of the Times’ recognition of 2020 as the centennial of when women’s suffrage went into effect. Congress passed the 19th Amendment, which gave white women the right to vote, in 1919.

Haaland answered questions, along with Reshma Saujani, founder and chief executive of an organization called Girls Who Code and author of “Brave, Not Perfect.” Monica Drake, assistant managing editor of The New York Times hosted.

Haaland said she ran because she wanted more Native American women in Congress and she said that Congress should be 50 percent women.

Currently, 23 percent of Congress is women, she said.

Haaland spoke at length about her difficulties. She said a law school professor at the University of New Mexico told Haaland she should participate in Emerge New Mexico, a nonprofit which seeks to increase the numbers of Democratic women in office by helping them learn the basics of campaigning. She said that recommendation came the year after she graduated UNM Law School in 2006.

Haaland cited the adage that a woman must be asked seven times before she will run, whereas a man must only be asked once.

She said she started her political career by helping others running for office by volunteering. She didn’t run for public office until 2014 when she  won the Democratic primary for lieutenant governor and joined Democratic challenger Gary King against then-incumbent Gov. Susana Martinez and Lt. Gov. John Sanchez. King and Haaland lost.

She said she didn’t have a Native American woman to look up to or ask for advice when she began. Haaland was one of the first two Native American women voted into Congress in 2018. Sharice Davids of Kansas, a member of the Ho-Chunk Nation, was the other.

Haaland said that when she ran she was “very open” about her prior addiction to alcohol and the DWIs she received 35 years before she ran for office. She said she was also transparent about the fact that she had been homeless, a single mom and had lived on food stamps.

“I understand what it’s like to be crying because you don’t qualify for emergency food stamps,” she said. “We need to be who we are.”

Haaland, who is of the Laguna Pueblo, said her ancestors came to the area in the 1200s but Native American women were not able to vote until 1948, even though Congress passed the 19th Amendment in 1919.

“My grandmother was one of those people who couldn’t vote until 1948,” she said.