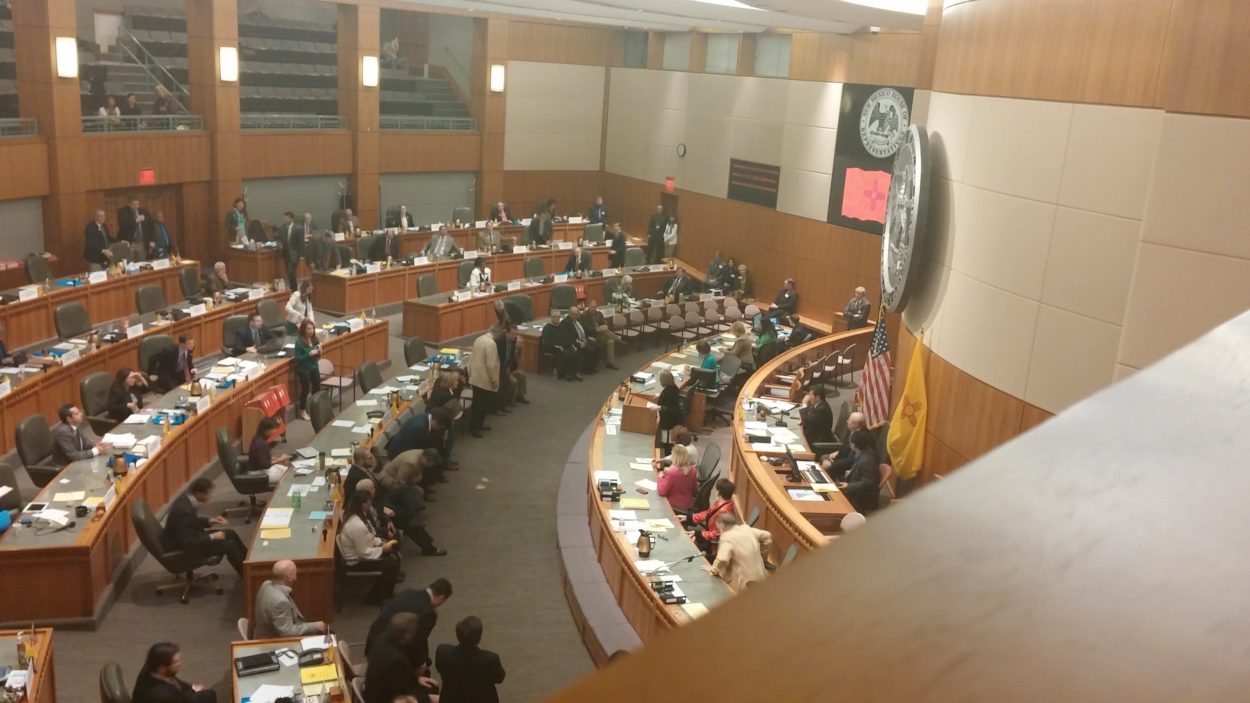 Planned Parenthood, through its various PACs, is spending $390,000 on the New Mexico primary, and the bulk of that on three races.

Sarah Taylor-Nanista, executive director of Planned Parenthood of the Rocky Mountains Action Fund, said the nonprofit organization is “laser focused” on the progressives running against the seven Democratic incumbents who voted against HB 51 last year.

HB 51 would have repealed a 1969 abortion law that abortion rights supporters worry will become law again if Roe v. Wade is overturned.

Taylor-Nanista said Planned Parenthood polling in those three districts shows that a large number of constituents believe a woman should have the right to make her own decisions about abortion care and want the 1969 ban abolished.

“These are districts we’re confident we can flip,” she told NM Political Report.

Lonna Atkeson, political science professor at the University of New Mexico, told NM Political Report earlier this month that beating an incumbent is always challenging. But beating Smith would be especially difficult, she said. Smith, who has represented his district since 1989, has institutional knowledge and chairs the powerful Senate Finance Committee. Given the state’s budget crisis due to COVID-19, Atkeson said voters might be inclined to vote for Smith rather than usher in a candidate new to the legislative process.

The district is also the most conservative of any district currently held by a Democrat.

Smith has also outraised Martinez-Parra. As of Friday, when Smith filed a supplemental report with three new donations, he has reported a total of $113,615 in contributions since October compared to Martinez-Parra, who filed Wednesday, and showed a total of $49,506.78 since she began her race last year. The bulk of Martinez-Parra’s donations are small gifts from residents who live all over the state. Senate District 35 encompasses Luna, Hidalgo and Sierra counties and parts of Doña Ana County.

Taylor-Nanista said Planned Parenthood is targeting the districts where the organization believes the progressive candidate can win. But, she acknowledged it’s a difficult battle.

“We’re not looking at any of these races as a slam dunk,” she said.

In addition to small donations to the candidates through one of its PACS, Planned Parenthood is largely putting its money into digital and radio ads and mailers.

The progressive candidates are getting support from other organizations that want to see the 1969 law overturned. The American Civil Liberties Union of New Mexico is spending $150,000 in the final weeks of the primary to educate voters about Correa Hemphill and Cordova and where they stand on abortion issues.

Taylor-Nanista said Planned Parenthood is putting most of its effort into the primary election, although the organization, through its various PACs, will spend some money during the general election as well. All seven progressive challengers are getting some support and were endorsed by Planned Parenthood of the Rocky Mountains.

Correa Hemphill is running a very competitive race financially against the incumbent Ramos. With her May 28 filing, she has raised a total of $109,680.74 to Ramos’ total of $108,740.44 since he began fundraising last June.

This is Ramos’ first race. Gov. Michelle Lujan Grisham appointed him to replace Lt. Gov. Howie Morales but Lujan Grisham endorsed Correa Hemphill for the primary. Senate District 28 is made up of Grant, Catron and parts of Socorro County.

The challengers are all running grassroot campaigns, with the majority of their money coming from small, individual donors. That’s been true even for Correa Hemphill and Cordova, even though they have amassed the kind of money that their opponents receive through larger financial gifts mostly from political action committees and special interest groups.

The lion share of Sanchez’s donations have almost entirely come from special interests. Much of the donations are relatively small. For instance, PhRMA, a trade group representing the pharmaceutical industry, gave Sanchez $1,500 about a week ago. CoreCivic, which owns some prisons in the state, made a $1,000 donation last week. Senate District 30 includes Cibola, part of Socorro and a sliver of McKinley counties. A quarter of the population of SD 30 is Native American.

But Devon Energy Production Company dropped $5,000 on Sanchez this year.

Smith, Ramos and Sanchez have all gotten support from Chevron-backed political action committee New Mexico Strong. It reported raising $380,000 in May and spending $67,712.65 on various forms of advertising. In April New Mexico Strong spent $445,677.05

Taylor-Nanista said the organization hopes to see at least two districts flip in favor of the progressive candidate. That would give abortion rights supporters enough votes in the state senate to pass legislation in the 2021 session to repeal the 1969 law, she said.

How is the money spent?

In the final three weeks of May before the primary, Sanchez spent $44,131.41 on ads of various kinds and phone banking.

Despite being one of the biggest fundraisers, Smith spent roughly the same as his fellow incumbents Ramos and Sanchez. Smith reported spending $41,337.61 on his campaign in the last three weeks of May. He spent the bulk of it – $32,448.42 – on NWP Consulting, a company that works with Democrats and progressives, out of Seattle.

Martinez-Parra spent $8,330.17 in the last three weeks of May. She spent small sums of money with various consulting services and $3,000 on a digital media advertising.