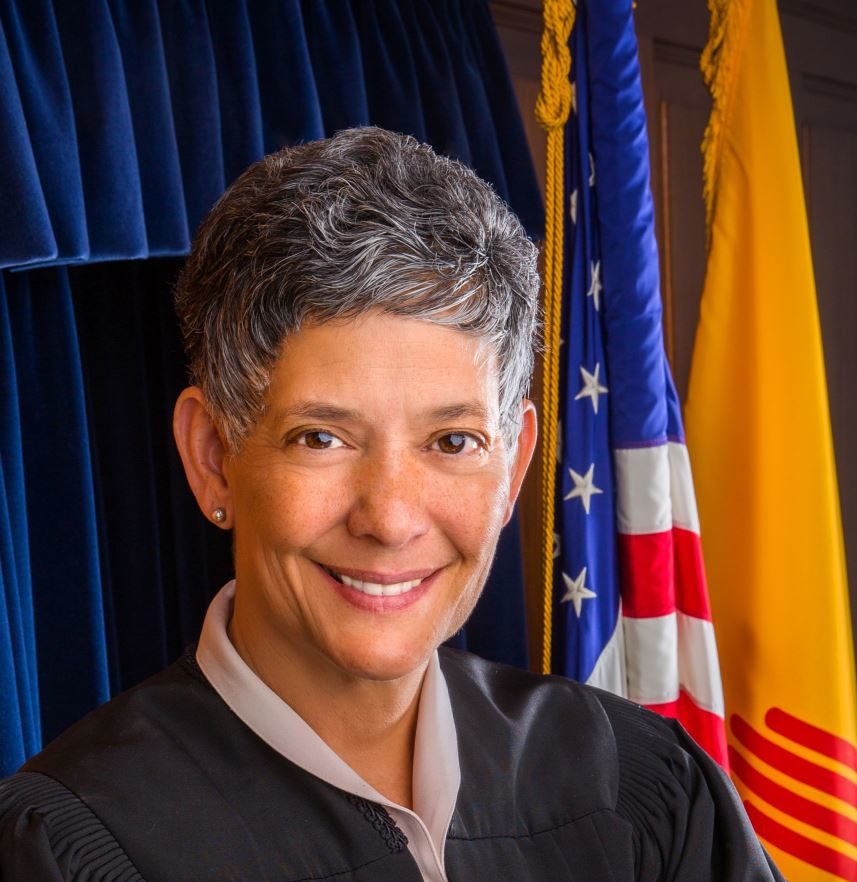 New Mexico Supreme Court Chief Justice Judith Nakamura will retire in August, according to an announcement from the Administrative Office of the Courts.

Nakamura became the first Republican woman elected to the high court in 2016 and became the court’s chief justice in 2017. She is currently the sole Republican on the bench.

“In my years on the bench, I’ve always strived to not only make the best legal decisions possible but to improve people’s lives and advance the administration of justice,” Nakamura said in a statement.

The announcement did not say why she was retiring, but said Nakamura’s last day as Chief Justice will be August 1.

Nakamura was first appointed to the state Supreme Court by then-Gov. Susana Martinez in 2015.

In an email to members of the State Bar of New Mexico, the Administrative Office of the Courts also announced that the Supreme Court Judicial Nominating Commission will meet next month to discuss nominations for Nakamura’s replacement. Gov. Michelle Lujan Grisham will then be tasked with picking a replacement based on the commission’s recommendation.

Prior to joining the Supreme Court, Nakamura served as a state district judge and a metropolitan court judge prior to that.

The New Mexico constitution requires justices to be lawyers, but they are not required to have experience as a judge.

The position will also be up for election this November, along with two other Supreme Court positions.

Since the vacancy occurred after the state’s primary election, political parties will choose who appears on the ballot through their state central committees. This occurred in 2012 when Justice Patrico Serna retired from the high court and Martinez picked Paul Kennedy as a replacement. Kennedy ran to retain the position that year, but lost to Democrat Barbara J. Vigil, who remains on the Supreme Court.