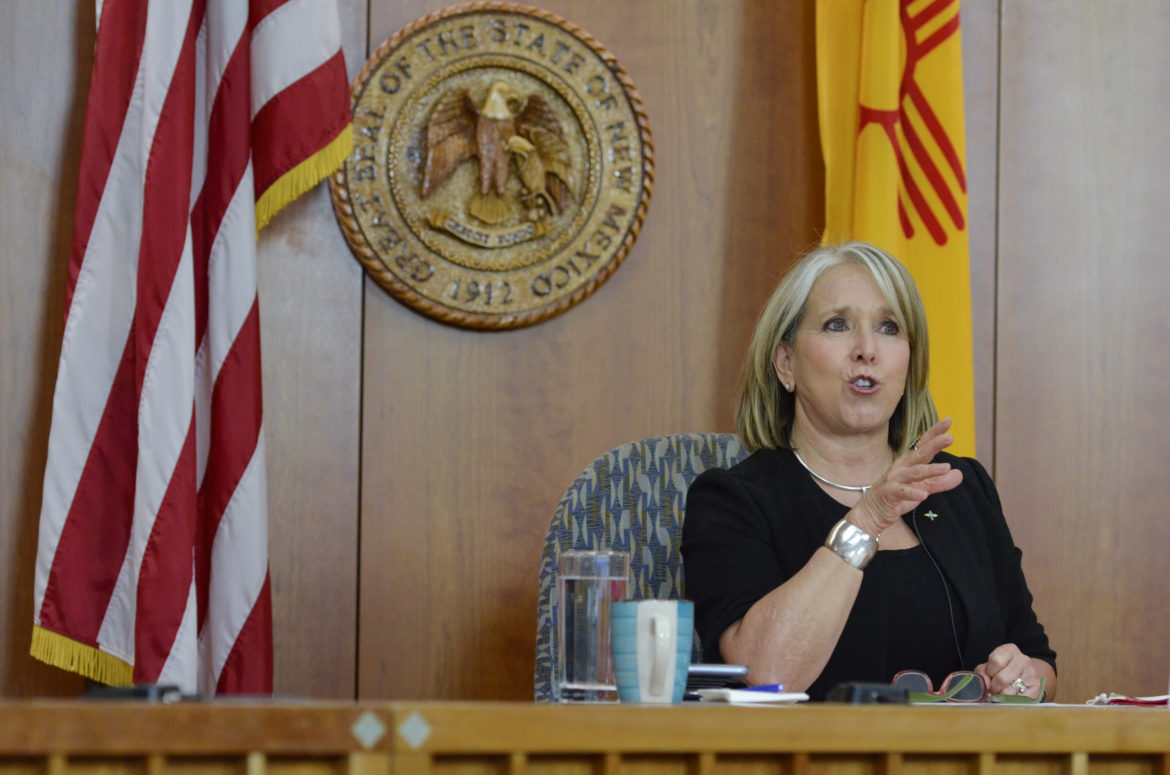 On Thursday, the governor called the COVID-19 news over the last week a “mixed bag,” but did announce another slight reopening of the economy, allowing breweries to reopen on a limited basis beginning on Friday.

Gov. Michelle Lujan Grisham said breweries would be able to take part in a “soft opening” on Friday, which would include outdoor and patio service, and expand to indoor service on Monday. The breweries would need to abide by COVID-safe precautions, similar to those in place for restaurants. The similarity with restaurants is one reason why the governor said breweries were free to reopen but bars would be open at a later date.

Related: 121 additional cases and 10 additional related deaths due to COVID-19

No more than six people will be allowed at tables, while tables themselves will need to be distanced. And no patrons will be able to be served unless they are sitting at a table.

While the opening of breweries will be cheered by many in the state, the governor also noted some less-optimistic news, including the spread in states that have further reopened their economies, like neighboring Arizona and Texas.

“This week, Arizona has told their hospitals to activate their emergency plans,” she said. This includes limiting elective surgeries to ensure bed capacity.

Arizona eliminated its stay-at-home order in May. On Thursday in his own press conference, Arizona Gov. Doug Ducey said he did not lift the order too soon.

Arizona, New Mexico and Texas are among the 19 states with a rise in new cases over the past week, CNN reported, citing Johns Hopkins University data.

Lujan Grisham said that in New Mexico, she and health officials would continue to use evidence-based decision-making to guide decisions on when to reopen aspects of the economy.

“I want more longitudinal data,” she said, saying she wanted to see cases get back to flat or declining “then we can safely reintroduce a little risk.”

She also said it would only work as long as New Mexicans continued to abide by COVID-safe practices, like wearing masks and only leaving home when necessary.

“Please, work to adhere to these requirements,” she urged workers at breweries and the public.

The number of those in lower income areas have been particularly hard-hit by COVID-19, according to state data.

Human Services Department Secretary David Scrase presented a slide that showed in census tracts with 40 percent or more people living in poverty, 1,511.8 out of every 100,000 have tested positive for COVID-19. In census tracts with fewer than five percent of people living in poverty, the number is just 99.4 people out of every 100,000.

“This really is a matter of some of our most disadvantaged citizens being the most vulnerable to a really serious illness,” Scrase said.

He noted that not everyone in the state has access to running water to regularly clean their hands or access to cleaning materials.

The state saw a high number of cases in its southwest New Mexico Department of Health region, Scrase said. This came from both growing cases in Doña Ana County and at the Otero County Prison Facility.

DOH Secretary Kathyleen Kunkel said eight inmates at the facility are hospitalized and one intubated.

The rate of spread, or the number of people each person who tests positive will spread the disease to, on average, was 1.32 in the southwest region, but would be 1.13 without detention facilities in Otero County.

The state’s current target is 1.15, but Scrase said that target would likely move as they refined the calculations and prepared for further steps in reopening the state’s economy.

“The news is good, though, when we’re on the downside of the curve,” he said.

The Otero County Prison Facility also was a large contributor to the seven-day average of daily COVID-19 positive cases.

Lujan Grisham said that practices on the federal side of the facility—the privately-run facility houses both inmates held by the state Department of Corrections and those held by federal agencies—could be attributed to the spread.

She said the state stopped allowing visitors, expanded phone and video calls for inmates and established COVID-safe protocols, but “we couldn’t get the federal side to do that.”

“We’re living in a side-by-side world,” Lujan Grisham said. “Your failure to have decent practices in every possible way created this kind of spread and risk in that facility.”

She said that the White House has not been communicative on the issue and noted that another facility in Torrance County also holds both federal and state inmates.

It’s unlikely the state will see any large events like concerts or sporting events this summer, Lujan Grisham said.

She said that these events would have the potential to spread the disease and have “unmanageable risk” related to COVID-19.

While she does not have authority to order pueblos and tribal entities to follow suit, Lujan Grisham said she has recommended they do not do so. Nearly 55 percent of all confirmed COVID-19 cases in New Mexico are among Native Americans, though Native Americans make up only slightly more than ten percent of the total population.

Scrase noted a number of “super spreader” events in other countries at large events, including a 2,500 COVID-19 infections traced back to a large event in France, 5,000 tied to a church in South Korea and over 5,000 to a ski resort in Austria.

“That’s what we have to hold in the balance, at least against my own enthusiasm of going to an Isotopes game with my family,” Scrase said.