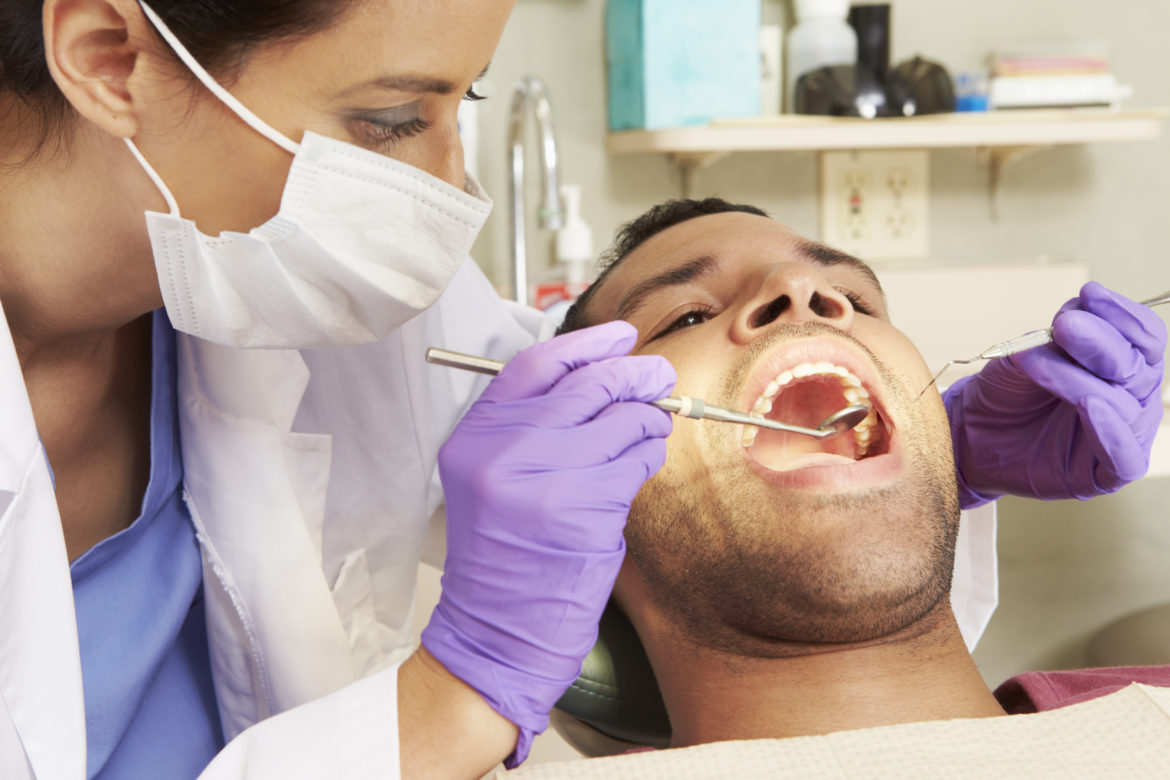 Now they have to consider everything from the way air flows in their practices to increasing the supply of personal protective equipment (PPE) at a time when PPE is scarce and more expensive. They also have to limit the number of patients they can see in a day to keep patients and everyone who works in the practice safe from COVID-19.

In addition, dentists who are recent graduates could be under a significant student loan debt burden. Jennifer Thompson, a dentist with a private practice in Farmington, said the average dentist comes out of dental school with $290,000 in student loans.

The federal government put a hold on all student loan debt until the fall, but dentists can be facing a “high debt burden,” Thompson said. That can include debt for equipment and technology for routine work, plus, potentially, the practice itself and/or the building, in addition to meeting payroll.

Thompson said some dental supply companies have allowed dentists to defer payments but that has been on a case-by-case basis.

Some small business aid through the federal CARES Act has helped and the U.S. Department of Health and Human Services began offering additional aid to dentists who serve patients on Medicaid and Children’s Health Insurance Program, known as CHIP, this month Thompson said.

That will help dentists across the state but the additional help has the potential to aid rural dentists especially because they “see everybody,” Thompson said.

Dentists who see a lot of Medicaid and CHIP patients operate on a “slim margin,” Thompson said.

The state required dentists to attest to having enough PPE to last them for two weeks to reopen. But masks that used to cost a few cents now can cost as much as $50 for a box, Thompson said.

Dentists also have to reconsider the way the air flows in their offices, since COVID-19 is primarily spread through exhaling and some dental procedures inevitably create a spray from the mouth. Schripsema said New Mexico’s tendency to rely on evaporative coolers, known as swamp coolers, could be an advantage. Dentists who use evaporative coolers to cool their offices can simply open windows to improve air flow.

To offset costs, dentists may begin charging patients an extra $10 to $20 per visit, Schripsema said. But he also thinks there will have to be adjustments and negotiations over dental benefits.

Some dentists had to purchase portable units that circulate the air through filters.

In addition, dentists in the state are “working below 70 percent capacity,” Schripsema said.

Dentists are also wearing more PPE than before, Thompson said. She said some dentists are now telling patients to wear an extra layer when they come because dentists are keeping the office cooler than before because the dentist and staff are wearing “all these layers of PPE and they get very, very hot.”

For procedures that are likely to create a spray from the patient’s mouth, dentists and staff are advised to wear a full gown, an N95 mask, a face shield, hair bonnets and respirators, Thompson said.

“The respirators, masks, face shields and gowns are still very difficult to get,” Thompson said.

Not all procedures will require the full “battle gear,” Thompson said. But some procedures may now require “dental dams,” which cover the mouth except for the tooth to be worked on.

Patients also may not be able to get their teeth polished as the polishing equipment can create spray from the mouth and polishing is considered cosmetic, Thompson said. But scraping plaque out from between teeth is considered necessary, she said.

“If they are still polishing, it’s being done with a higher amount of suction involved,” Thompson said.

Additional changes include plexiglass barriers, patients being asked to wait in their cars, and removing things like magazines from the waiting area while adding hand sanitizer. And patients are asked to wear a mask at all times in the dentist office except for during the procedure.

Also, patients are asked to come alone and they go through a screening process.

When the patient arrives at the dentist office, staff takes the patient’s temperature and asks screening questions again before the patient can come inside. Thompson said everyone who enters the dental office has to go through a temperature check, including delivery drivers.

Thompson said the first screening process has discovered some patients who were COVID-19 positive.

Appointment times are also staggered because the air has to be allowed to settle between patients, plus the dentist and staff may have to change PPE between patients. And dentists prioritize some patients. Thompson said dentists are seeing an increase of dental emergencies because of the three-month wait created by the public health emergency.

Thompson said that as a dentist in Farmington, things feel “uncertain.”

Because community spread has been greater in McKinley, San Juan and Cibola counties, dentists in that region had to wait an additional two weeks before opening back up. So dentists in the northwest corner of the state are just now seeing patients, while dentists in other regions opened sooner.

“It’s been widely accepted that people are pre-symptomatic or asymptomatic and we have to treat everyone as if they have the virus,” Thompson said.

She said mask wearing is expected.

She said her dental office is prepared to scale back, if necessary. Dentists have to pay attention to the spread of the disease and if the numbers start to drastically increase, regardless of what region they are in, they may have to scale back their practice in response.

But, Schrispsema said many dental practices will face a long road to get back to normal financially, including operating at full capacity because of the pandemic.

“For some it could take a year or more to get back to where it was,” he said.