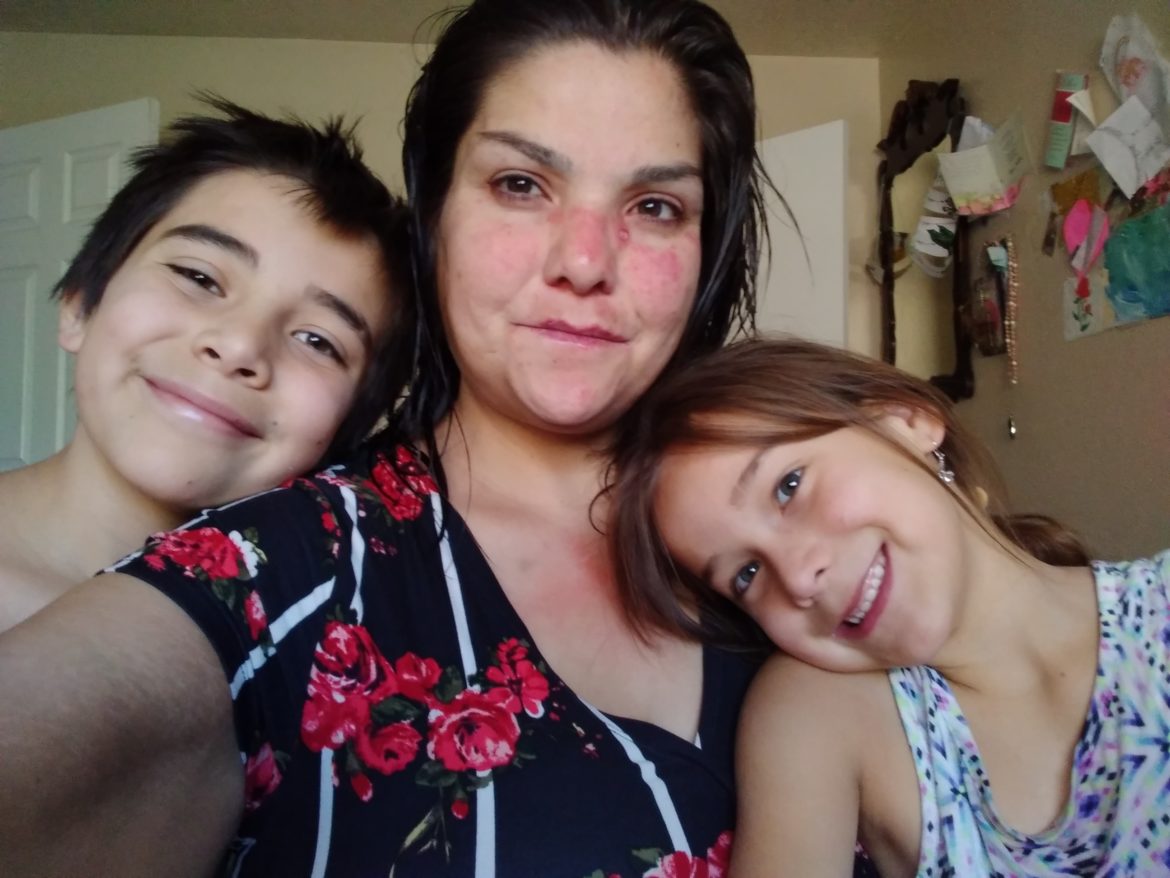 Albuquerque single mom Allyssa Garcia said she faces homelessness if the state doesn’t create a rent relief fund program to help residents like her during the pandemic.

Garcia is not alone, said Lindsay Cutler, attorney for the nonprofit the New Mexico Center for Law and Poverty.

Related: Legislators push to get bill heard on rent relief, thousands will be affected

Garcia works as a home health aid and with three young children, ages 7, 10 and 14, she struggled before the pandemic began. Her rent is $725 a month, utilities included. According to the U.S. Bureau of Labor Statistics, the average home health worker earns $24,940 a year. But Garcia said she didn’t work full time even before the pandemic because she couldn’t get 40 hours a week.

Once the public health emergency started, Garcia had to limit her own hours to around 20 for fear of contracting the virus. She said she suffers from the autoimmune disorder lupus and her youngest daughter has a pacemaker due to a birth defect.

“I usually go with one meal a day,” Garcia said of one of the ways she tries to conserve to pay bills. “I have them (her children) eat. I do get food stamps for the whole month but that doesn’t cover what the kids eat.”

Her family also does without internet service and she doesn’t always have a phone, she said.

Because she couldn’t pay her rent after the pandemic began, Garcia said her landlord has already evicted her. But because the New Mexico Supreme Court stayed evictions for inability to pay during the public health emergency, she and her family have been able to remain in their home.

She said she has looked for a new job. She has an interview coming up with a local convenience store. But, because of her and her daughter’s health complications, working during the pandemic is potentially hazardous. Garcia said she worries she will become ill with the virus and not be able to work at all, which would leave her family with no income.

She said her extended family try to help her as much as they can, but they have families and bills of their own.

She said she has reached out to social service agencies for help but “everybody is out of funding,” she said. If she can’t find help, “we’re homeless,” she said.

“There’s no other option, we’ll be on the streets,” she said.

Cutler said about 50 nonprofit organizations have signed a letter sent to Gov. Michelle Lujan Grisham asking that she add a rent relief fund bill to her call for the special legislative session coming up next weekend. Currently, the New Mexico Supreme Court’s stay on evictions during the public health emergency has saved residents like Garcia but once the emergency is lifted, hundreds, if not thousands of residents around the state will be facing evictions, Cutler said.

“We’re looking at a very real crisis if we don’t do something now,” she said.

Cutler said that before the pandemic, more than 50 percent of New Mexico residents were “rent burdened,” which the U.S. Housing and Urban Development defines as a household which spends more than 30 percent of the family income on rent. A recent report created by the nonprofit research organization the Urban Institute found that nearly a quarter of Albuquerque residents are rent burdened.

Cutler said a rent relief bill would place a state-wide moratorium on evictions.

She said that if such a bill is passed into law, it would help not only those who are on the edge of becoming homeless, it would also help landlords who are small business owners by expanding foreclosure protections. Landlords also face challenges if they lose their tenants.

“New Mexico has the highest number of low-income homeowners than any other state in the country,” she said.

Cutler said this has the potential to be “a bigger housing crisis than the Great Recession.”

Some protections were put into place with the CARES Act, which Congress passed and President Donald Trump signed into law in late March. But those protections are expected to sunset at the end of July, Cutler said.

According to the Urban Institute, racial disparities in jobs and incomes have meant that people of color were suffering at higher rates than whites to maintain housing before the pandemic and they have taken a bigger economic hit since. Because of occupational segregation, white workers were more likely to be able to telecommute during the pandemic while people of color were more likely to hold jobs that evaporated when stay-at-home orders were put into place around the country, according to the Urban Institute’s blog Urban Wire.

Immigrants who are undocumented could also be struggling to keep their homes because they were not eligible for Unemployment Insurance despite paying nearly $1 billion in federal, state and local taxes a year, according to advocates.

“The groups of people who have not been able to access the few protections available are struggling even more,” Cutler said.

Cutler said the governor’s office has been receptive to the request. But Lujan Grisham has not announced that a rent relief fund bill will be discussed.

Cutler said that if lawmakers don’t create further protections, residents who lose their homes will have an “extremely hard” time recovering from homelessness caused by the pandemic.

Garcia said that if she does lose her home, she will try to send her children to live with extended family while she lives on the street.

“I hope there is some type of change and people have empathy,” she said.