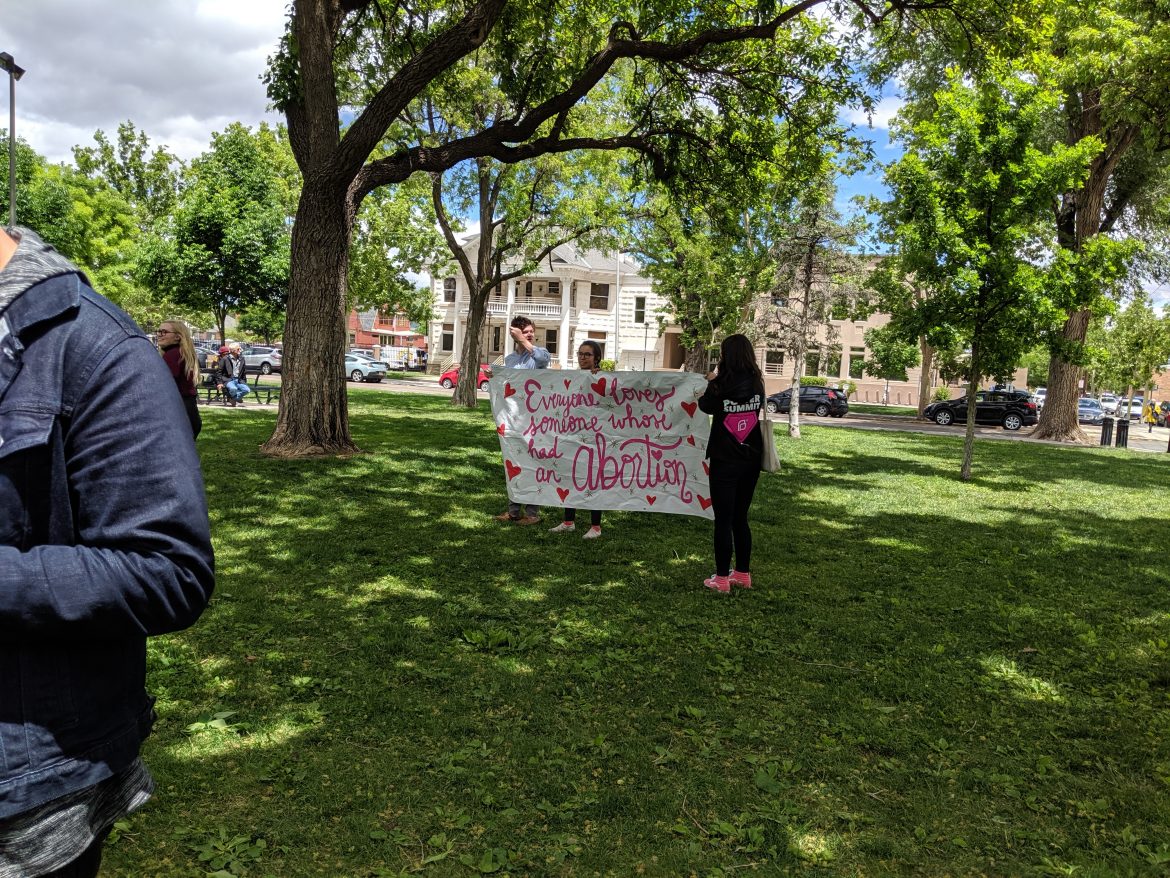 The U.S. Supreme Court ruled in favor of abortion rights Monday and struck down a Louisiana law in June Medical Services LLC v. Russo, but the “win” could be short-lived, say abortion rights advocates.

The 5-4 decision brought an end to the legal battle over whether Louisiana’s 2014 law, that forced abortion providers in that state to obtain admitting privileges to a hospital within 30 miles of the clinic, is constitutional. The court, through Justice Stephen Breyer’s opinion, noted that the Louisiana law poses a “substantial obstacle,” to women seeking abortion, offered no significant health-related benefits nor showed evidence of how the law would improve the health and safety of women.

But, Chief Justice John Roberts, who sided with the more liberal wing of the court, wrote a concurrence in which he made clear he only voted in favor of June Medical Services because of precedent.

“The question today is not whether it’s right or wrong, but whether to adhere to it in deciding the present case,” Roberts wrote.

Related: Reproductive rights under attack, say advocates. Here’s what you can expect.

Rushforth on Monday called the court’s decision “surprising,” but also said it doesn’t mean advocates for reproductive health care can rest easy because Roberts made evident in his concurrent that he is “no friend to abortion rights.”

“This is a moment to celebrate but also a moment to prepare for what comes next,” she said.

Nancy Northup, executive director of the Center for Reproductive Rights, which helped June Medical Services bring the suit against the state of Louisiana, said the nonprofit organization expects to be back in court soon and called the constant legal battles for abortion rights similar to “playing whack-a-mole.”

Rushforth said she thinks it is likely that one of the many six-week gestational bans that some states have rushed to pass in the last few years will be on the 2020-2021 docket. The Supreme Court starts deciding in early October which of the thousands of cases it is asked each year to hear, it will choose.

“There are a handful of (six-week gestational ban) cases making their way through federal circuit court right now,” Rushforth said. “We think it’s very likely that one will make it on the docket this (upcoming) term.”

A six-week gestational ban on abortion would not have precedent.

When obstacles to abortion care are passed and then upheld by the courts, that produces a ripple effect and other states follow suit, activists have said.

Vicki Cowart, president and executive director of Planned Parenthood of the Rocky Mountains, while celebrating the “win,” said in her statement Monday that the Louisiana law was “a thinly veiled TRAP (targeted regulation of abortion providers) law that would have had disastrous impacts on health care access for patients, with ripple effects nationwide.”

Since the court upheld that ban, states have passed around 500 abortion restricting laws, she said.

“There were plenty (abortion restricting laws) before 14 years ago, but the decision in the early aughts opened the flood gates,” Rushforth said.

This particular bench is the first to hear an abortion case. President Donald Trump nominated both Justices Neil Gorsuch and Brett Kavanaugh and vowed to appoint only justices who would rule against abortion rights.

In their first test on the issue, both Gorsuch and Kavanaugh joined conservative Justices Samuel Alito and Clarence Thomas in dissenting. While the four justices wrote different opinions and had different perspectives on why the court should have ruled against June Medical Services, all four made it plain they found Louisiana’s arguments more compelling than Breyer did.

But abortion rights advocates, such as Joan Lamunyon Sanford, executive director for New Mexico Religious Coalition for Reproductive Choice, said through a statement that Roe v. Wade “has never been enough to guarantee true abortion access.”

Groups like New Mexico Religious Coalition for Reproductive Choice, Indigenous Women Rising and others support those seeking an abortion in New Mexico and help those who face barriers to still have access.

When lawmakers put obstacles in the way of abortion access, communities of color are the ones who tend to suffer the most, said Charlene Bencomo, executive director of New Mexico nonprofit Bold Futures (formerly Young Women United).

Bencomo said the fact that access to abortion was upheld in Louisiana largely because of Roberts voting with the liberal block purely due to the Louisiana case having precedent makes her “nervous.”

“We know there are other cases in the cue that have not had precedent,” Bencomo said. “If they are tried, there could be a different outcome.”

One concern for abortion rights activists is that such laws, if allowed to stand, have a domino affect and other states begin passing such laws, further restricting access in more and more states.

Both Bencomo and Rushforth, as well as Lamunyon Sanford brought up the 1969 abortion ban still on New Mexico’s lawbooks. Bencomo said another effort at repeal would take place in the 2021 legislature.

A bill that would have repealed the 51-year-old law failed in the 2019 legislature. Almost all of the seven Democratic state Senators who voted against it lost their primary bid to more progressive challengers who support repealing the 1969 law. All Republicans in the chamber opposed the repeal.

Another question brought up by the case was whether abortion providers should be allowed to bring lawsuits on abortion-restricting regulations. Louisiana argued it was a conflict of interest.

Respect New Mexico Women, a coalition of reproductive healthcare advocates, said in a statement on Monday that abortion providers are “well situated to advocate on behalf of their patients’ interests.”