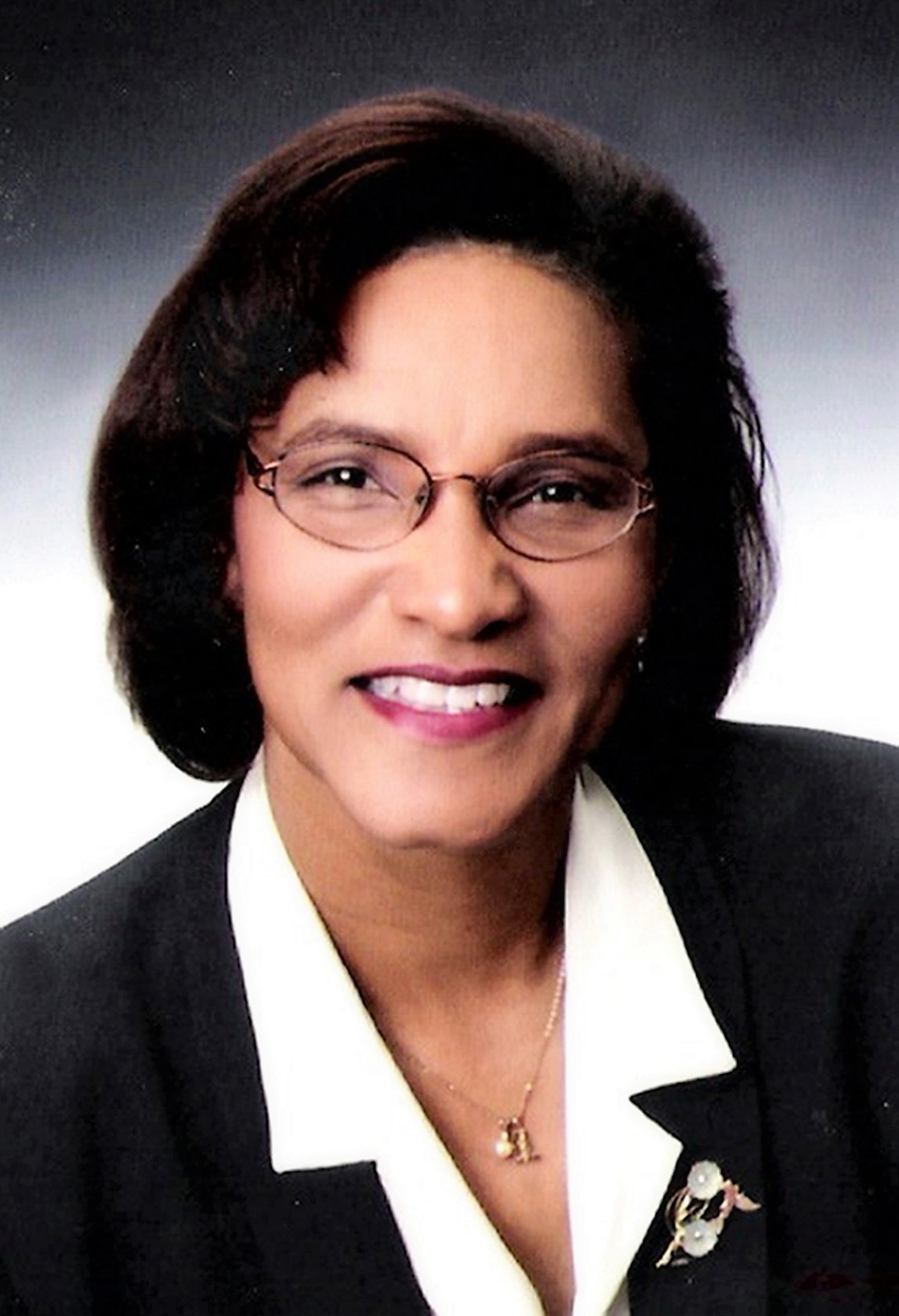 According to a national group called Status of Women, if current trends continue, women in New Mexico won’t see equal pay until 2054.

Women of color face even greater pay inequities due to systemic racism. Herndon acknowledges the disparity, but despite those obstacles, she remains optimistic that all women will make the same as white men by 2030 regardless of color.

“I absolutely do (believe we’ll get there). If you keep telling your children you’ll graduate from college, like my mother told us all the time, and ingrained in us to believe you could accomplish those items, you live those beliefs,” Herndon said.

Pay inequity is a subject that is close to Herndon’s heart. Her mother, Kathryn Wade Herndon, received a Master’s degree, in an era when that was rare for a woman, and built a career as an educator. But she still had to work a second job cleaning houses to make ends meet.

“She taught school but it still wasn’t enough. Black teachers were not paid what white teachers got paid. It was the most disheartening thing, with a Master’s degree she was still cleaning houses,” Herndon said.

To honor her mother, who passed away in 2007, Herndon started a nonprofit law center in Albuquerque in 2018. Named the KWH Law Center for Social Justice and Change, it will take on some litigation, particularly for low income residents, and works on various social justice issues, including trying to make sure lawyers in the state provide 50 hours of pro bono work a year to help those who need legal aid.

“I got my passion for social justice issues from my mother,” Herndon said.

Herndon is also a delegate for Vision 2020, a Pennsylvania-based group celebrating the centennial of women achieving the right to vote. Although women won the right to vote with the passage of the 19th amendment in 1919, they weren’t actually able to exercise that right until the following year, 1920. Indigenous women had to wait decades before they could vote, regardless of which state they lived in, and black women had to wait until the 1965 Voting Rights Act. Barriers for minorities still are in place in many areas of the country.

In honor of the 1920 centennial, Herndon, through KWH Law Center for Social Justice and Change, is seeking one 18-year-old woman from every New Mexico county, tribe and pueblo to commit to voting in the upcoming November election.

“Voting can make a difference. Look at what Black women did in Alabama,” Herndon said, referencing Sen. Doug Jones’ race in 2018 in which 98 percent of Black women voters enabled him to win over accused child molester and then-incumbent Sen. Roy Moore.

According to exit polls, two-thirds of white women in Alabama voted for Moore, despite the documented allegations.

In order to achieve pay equity, Herndon said voting is important for another reason – to put more women into elected office.

“I really, firmly believe that if women used the power of their vote, we can get there. We could stop asking men to support our interests. We can run for office.”

Herndon said she foresees 2030 as the year of pay equity because, she said, it would take another ten years to see significant turnover at the national political level to even the playing field and have a more equitable representation in Congress.

According to Rutgers Eagleton Institute of Politics, 23.7 percent of the 535 members of Congress are women even though women make up 50.8 percent of the population.

Herndon said there is urgency in getting women out to vote this year because President Donald Trump is up for reelection.

“When Trump was up for election in 2016, there were a lot of allegations against him and a number of women supported him. But he has not done anything to advance causes for women at all and in many instances, he may have been a hindrance to women,” Herndon said.

According to the Pew Research Center, white women voted for Trump in 2016 by 47 percent and then Democratic candidate Hillary Rodham Clinton by 45 percent. Only white women appear to have been so narrowly divided over Trump. Black women voted for Clinton by 98 percent and Hispanic women by 67 percent. Indigenous and Asian-American women do not appear to have been cited in the poll.

The White House issued a statement this week after the U.S. Supreme Court ruled to overturn a 2014 Louisiana law that would have affected abortion rights adversely in Louisiana and, potentially, in many other states, as well. The statement called the ruling “unfortunate.”

Herndon said the lack of pay equity goes much deeper into the psyches of women and society.

Herndon said that in addition to the implicit bias women face and systemic racism women of color also face, women have to stop internalizing those issues.

“Men think they can move a mountain,” Herndon said. “(But women often say) ‘I don’t have the ability to do that, I need more experience.’ It happens over and over again.”

Herndon has taken her own advice. The KWH Law Center for Social Justice and Change is the only nonprofit law center owned and started by a Black woman, she said.

Herndon acknowledged that convincing white women that they should include women of color when working to advance pay equity in the workplace could be difficult because feminist movements have, historically, left women of color out of the effort.

Human right activist Sojourner Truth gave her now famous “Ain’t I a Woman?” speech in 1851. During a 1913 suffragist parade, Black women were told to march at the end, according to the AARP.

But, Herndon remains optimistic and believes if women will vote more, change will happen.

“How many times do you have to ask a woman to run for office?” Herndon asked rhetorically, referencing data that shows that women are less likely to run unless they are asked to do so. “But with a man, he thinks he can run the country even if he doesn’t know how.”