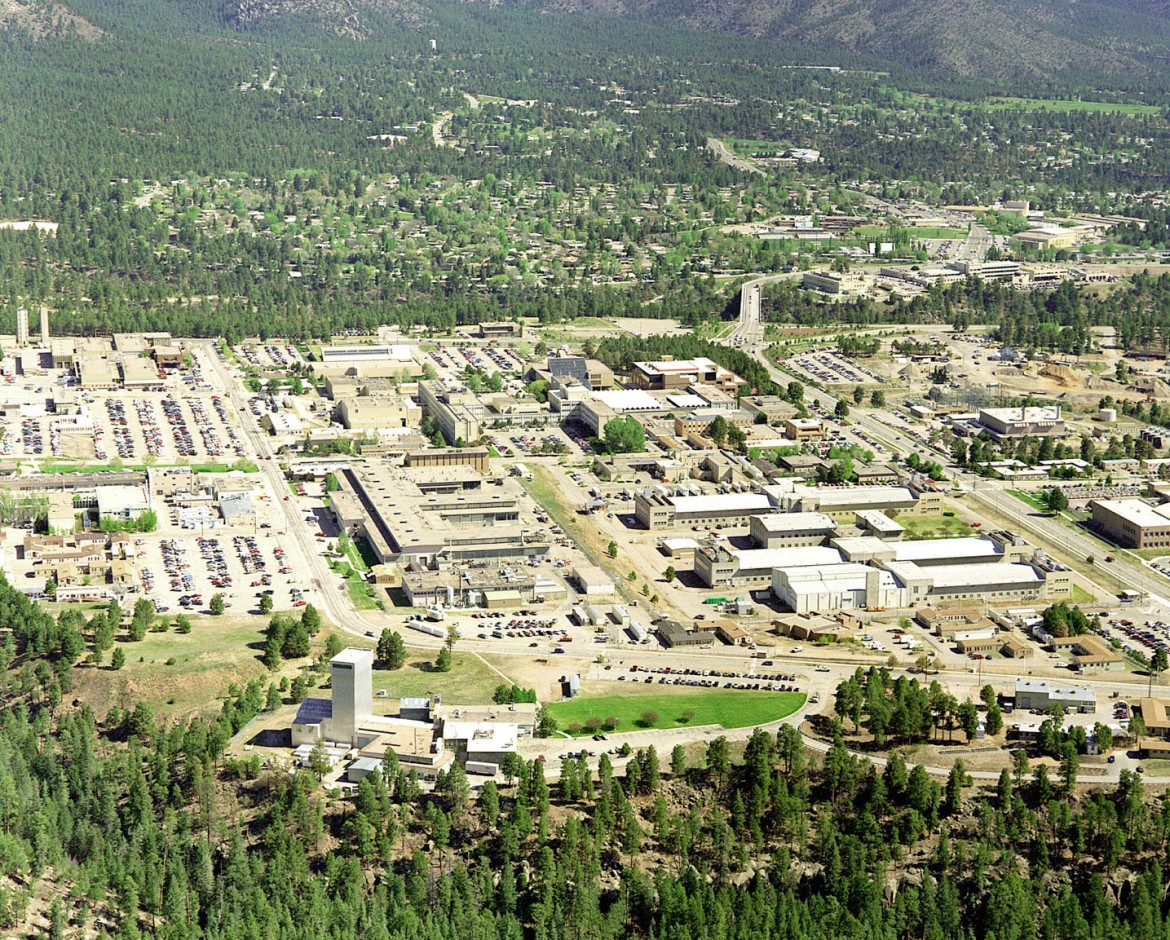 The state’s public health order prompted by COVID-19 has stopped some monitoring on whether and how much Los Alamos National Laboratory is releasing radioactive materials, heavy metals, and toxic chemicals into the surrounding air and water.

The Department of Energy Oversight Bureau with the New Mexico Environment Department tests air, water, vegetation, and wildlife for signs of legacy waste near LANL, but COVID-19 restrictions stopped that sample collection beginning March 13. The Bureau of Hazardous Waste monitors use, storage, and movement of radioactive and hazardous waste from the lab, including the project slowing the spread of chromium-6, a carcinogen, from lab property into the water supply for Los Alamos County and San Ildefonso Pueblo, and says that project was also put on hold. While answering written questions from the Concerned Citizens for Nuclear Safety, the LANL Legacy Cleanup Technical Working Group disclosed that N3B, which manages the legacy cleanup contract for the Department of Energy, Office of Environmental Management and Los Alamos Field Office, stopped collecting water samples in March.

The state is working with LANL to develop guidelines on masks, gloves, and distance to resume sampling.

“We want to make sure we’re doing that in a manner that’s safe for everyone involved and protecting all of our employees,” Resource Protection Division Director Stephanie Stringer, said. The division oversees both bureaus.

Los Alamos National Laboratory, which occupies land that once belonged and was sacred to the San Ildefonso and Santa Clara pueblos, stores radioactive waste from early and ongoing atomic weapons experiments and construction, some of it in unlined pits or visible dump piles. Lab operators also discharged or spilled hazardous chemicals, metals, and radioactive waste into the Pajarito Plateau’s canyons. New Mexico Environment Department data shows levels of polychlorinated biphenyls, a so-called forever chemical that remains in air, water, and soil and has been linked to cancer, at levels up to 14,000 times greater than state water quality criteria for human health. High levels of mercury, cyanide and gross alpha radiation have also been documented.

Seven major watersheds cross the LANL property, all of them leading to the Rio Grande. A stormwater monitoring system shuts off drinking water intakes for Santa Fe from the Rio Grande when it rains in case that water carries contaminants. The Española Basin Aquifer system, which runs between the Jemez and Sangre de Cristo Mountains from Tres Piedras to Galisteo, provides drinking water for more than half the people who live in that area and is a sole source aquifer — which means there’s no reasonable alternative source if it becomes contaminated.

Mid-level snowpack this year made for negligible runoff, an Oversight Bureau hydrologist said, leaving less concern they missed a significant pulse in surface water samples. Air monitoring has resumed. Groundwater is tested by working through a series of wells, and though that’s been delayed, there’s hope to work overtime to make up missed sampling by September 30, said Chris Catechis, director of the Department of Energy Oversight Bureau said. They’ve worked out an approach that puts NMED personnel on-site to observe and certify chain-of-custody while maintaining a safe distance. Staff are deploying stormwater samplers now, he added, just as the height of their season, which corresponds with the summer monsoon, approaches.

NMED collects its own samples and takes them to a different lab than LANL uses for tests as a way to double-check the DOE.

“It really gives members of the public and other stakeholders independent, third-party verification, so it’s not just a matter of the public having to take DOE’s word for it,” Catechis said. Disagreements in the data collected by the two are rare, he added, but “There is always that chance something could come up.”

The Oversight Bureau is funded by a grant from the DOE and is not a regulatory authority. But nuclear watchdogs appreciate that immediate review by an outside party.

Stringer said the Department of Hazardous Waste is still waiting to hear from the DOE Office of Environmental Management if corrective action permit milestones haven’t been met. Shipping waste off-site has been delayed, said Hazardous Waste Bureau chief Kevin Pierard, and while his bureau hasn’t yet received a request to change the sampling schedule, it’s possible that may still come in. Any changes to the lab’s permits, he added, will be carefully reviewed with public health and the environment in mind.

“We’ve got a very active oversight program at LANL … and there is no backing off on that oversight,” Pierard said. “One of the things we look at closely is, what is the potential harm from a delay or skipping a monitoring event. … Usually, we can make sure we’re protecting human health and the environment even when granting DOE that latitude.”

Among the latitudes granted was to allow the chromium-6 plume remediation to temporarily shut down. Water contaminated with chromium-6 and poured into Sandia and Mortandad canyons near Los Alamos is being pumped out of the ground, treated, and reinjected in an effort to keep that pollution from moving further into nearby drinking water supplies. Between operating the treatment system, taking samples, constructing a new well and addressing an electrical issue at another well, Pierard said, the work came with too much personal contact and virus transmission risk. It’s in the process of restarting.

“We knew, just based on the data that was provided, that there would be no likelihood of an impact to the public water supply wells or the Pueblo wells,” Pierard said. “The plume would simply not migrate that distance in that period of time, and we could recapture any kind of movement that happened.”

The written response to Concerned Citizens for Nuclear Safety question about sampling this spring from the Legacy Cleanup Technical Working Group said that the Department of Energy’s order to limit work to “Essential Mission Critical Activities” had affected N3B’s ability to meet permit requirements for inspections, monitoring, and assessments for its stormwater permits. It was still in compliance with air and hazardous waste permits, with the exception of one shipment of used oil and antifreeze to Utah.

Since March, “no sampling, inspections, or assessments have been conducted” as required by the National Pollutant Discharge Elimination System Individual Permit, EPA Multi-Sector General Permit, and parts of the EPA Construction General Permit. The document cited the U.S. Environmental Protection Agency’s March memo granting blanket exemptions to federally regulated polluters who say they cannot meet permit requirements on emissions and reporting rules because of COVID-19 and that N3B alerted the EPA of their noncompliance April 13. Inspections and monitoring under those permits would be “among the first fieldwork to be restarted” once COVID-19 protocols allowed.

Los Alamos National Laboratory’s communications staff declined to make someone available for an interview, providing only a statement that said sampling was continuing to meet regulatory requirements based on the laboratory’s permits.

Weapons production, including plutonium pit production that led to an accidental release which prompted LANL to test 15 workers for potential exposure in June, has continued.

Groundwater contaminants move slowly by some measures and fast by others. The chromium plume, now in the top 100 feet of an aquifer 900 to 1000 feet below the surface, was released between 1956 and 1972. Plutonium that has been detected 240 feet below Area G, one of the biggest radioactive waste dumps at the lab, was discarded there as early as the 1950s. “You have some stuff that, in a geologic sense, hit groundwater in a blink of an eye,” said Jay Coghlan, executive director of Nuclear Watch New Mexico. Of the chromium treatment shutdown, he said, “I don’t think it’s a big deal for three or four months, but let’s talk when it gets longer than that. The longer they wait, the more of a big deal it becomes.”