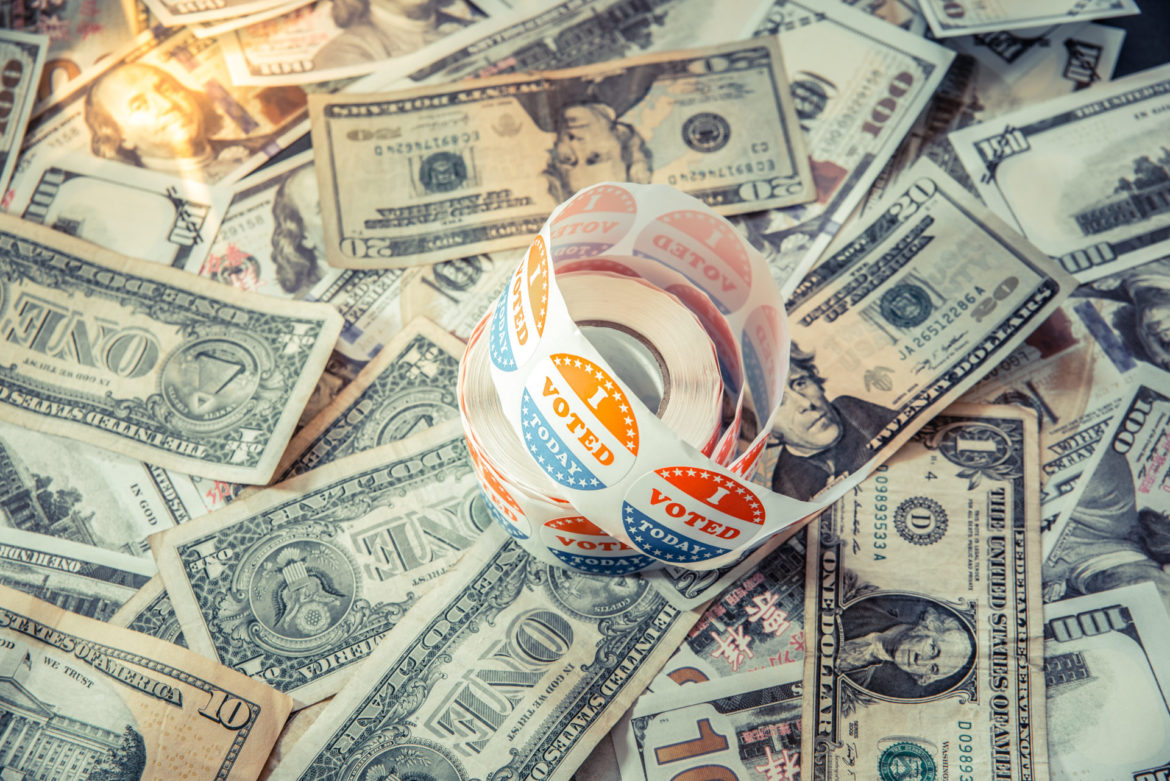 The groups ran positive, even glowing advertisements about Leger Fernandez, but didn’t disclose who paid for the ads. Few details could be found about them online. This “dark money” spending drew significant criticism from other candidates, who condemned Leger Fernandez for not calling for removal of the ads.

This story was originally published by New Mexico In Depth

But a review by New Mexico In Depth of Federal Election Commission filings suggests the real goal was to deny another candidate in the race—Valerie Plame— the win by boosting the prospects of the Leger Fernandez campaign.

It’s not uncommon for groups to spend money to support one candidate in order to prevent another candidate from winning. But when groups don’t disclose their donors, voters are left in the dark about the motives behind such efforts.

“Our voting public is incredibly busy, and doesn’t have time to do research on every single one of the candidates,” said Heather Ferguson, executive director of Common Cause New Mexico. “Dark money is harmful to New Mexico voters because they can’t see who is truly behind those ads.”

In 2017, Valerie Plame–a former covert CIA officer best known for having her identity leaked as part of the “Plame affair” — tweeted an article called “America’s Jews are driving America’s Wars.” In the face of intense backlash, she initially initially doubled down, tweeting that, “Many neocon hawks ARE Jewish.”

Yet after a few days, Plame apologized, explaining she had not thoroughly read the article, which advocated that Jews “recuse themselves when dealing with the Middle East” and called for American Jews to be labelled as such when appearing on television, which the article likened to a “warning label on a bottle of rat poison.”

“OK folks, look, I messed up,” she said on Twitter. “I skimmed this piece, zeroed in on the neocon criticism, and shared it without seeing and considering the rest.”

But her apology didn’t stop a deluge of spending against her congressional bid. The Democratic Majority for Israel (DMFI), an organization focused on shoring up support for Israel amidst growing skepticism within the Democratic Party, spent almost $100,000 dollars to defeat Plame.

“She has made statements about the US-Israel relationship that we were concerned about, and she also had this history of tweeting anti-Semitic and white supremacist websites,” said Mark Mellman, President and CEO of DMFI, in an interview. “We had a number of very strong, progressive, pro-Israel candidates in the race, but Ms. Plame is somebody who doesn’t fit that description.”

DMFI is likely not the only pro-Israel group that got involved in the race. While they’ve not disclosed their donors or motivations, spending by Avacy and Perise Practical elsewhere and the background of the person responsible for both groups suggest they too sought to block Plame, by spending to support Leger Fernandez.

For instance, only two House districts in the country saw spending by Avacy Initiatives: New Mexico’s 3rd congressional district, where the group supported Leger Fernandez, and New York’s 16th congressional district, where they supported House Foreign Affairs Committee Chair Eliot Engel, considered by many as staunchly pro-Israel, against challenger Jamaal Bowman. Engel appears to have been defeated by Bowman.

Both New York races were notable for the salience of Israel-related issues, and each saw significant outside spending from pro-Israel groups, including DMFI.

“We were disgusted by that ad, we thought it was horrific. We said so publicly, we said so privately to the person that was involved,” said Mellman about the ACE ad.

The name listed on both Avacy and Perise’s federal campaign finance filings is David Brett Krone, once chief of staff to former Senate Democratic leader Harry Reid. Krone notably lobbied for a controversial executive order on anti-Semitism that was signed by President Trump in December of last year.

Mark Mellman, whose group also spent in both NM-03, NY-16 and NY-15, said DMFI’s campaign was unrelated to the effort by Krone or Sugar.

“I certainly know David Krone, but we were not involved with each other in this particular effort at all,” he said, adding that he also knew Sugar. “I don’t think it’s appropriate for me to speak to their motivations.”

Both Plame and Leger Fernandez declined to comment for this story.

The dynamics of dark money spending

“Representing Native American tribes, she fought for water rights and health clinics,” intoned a narrator over rolling stock footage of Teresa Leger Fernandez. “And when our voting rights were threatened, she fought and she won.”

Overwhelmingly positive and notably plain, the 30-second TV spot from Avacy Initiatives could easily have been mistaken for one of Leger Fernandez’s own campaign ads.

While a Facebook page for Perise Practical lacks any information about the group, a single-page website for Avacy Initiatives simply says, “Working to expand voting rights, build an economy that works for everyone, and a better and healthier world for future generations.”

“These entities typically have very misleading names,” said Ferguson, “You don’t know what entities are underneath that.”

Both Avacy and Perise, as well as ACE, appear to be nonprofit groups that, at the federal level,  aren’t required to disclose who funds their political spending, making them “dark money” groups.

“They’re like electoral strike forces. They’re much more interested in helping to elect individuals that are aligned with their interests,” said Michael Rocca, professor of political science at the University of New Mexico, about such independent spending.

On the other hand, Rocca said, traditional political action committees that give directly to candidates are looking for access. “They’re asking for a relationship, for a long-term relationship,” he said.

Pro-Israel interests were not the only outside spenders to get involved in the race. The Congressional Hispanic Caucus, EMILY’s List, and Latino Victory spent over $825,000 independently to support Leger Fernandez. VoteVets spent over $65,000 to support Plame.

Outside spending, particularly by dark money groups, can put both voters and candidates in a difficult spot. Lack of disclosure prevents voters from knowing what interests lie behind the political messages attempting to sway their vote. Candidates, while they may benefit from the spending, must also grapple with the appearance they condone unlimited money, sometimes dark, poured into campaigns.

“The most common approach is to be anti-outside spending, anti-big money, but not necessarily attack the groups that are spending the big money,” said Rocca, referring to the calculation that candidates often make when an outside group begins spending on their behalf.

“These outside spending groups unfortunately put candidates in a very tough position because the candidates can’t coordinate with outside groups,” said Ferguson. “They can’t tell them what to do. There’s a very big legal firewall in between them.”

Indeed, during a candidate forum sponsored by the LGBTQ Envision Fund Advisory Committee on May 21, Leger Fernandez declined to disavow outside spending by Avacy Initiatives and Perise Practical.

“OK, let me say one more time that a candidate cannot communicate, direct or control a third party — so if EMILY’s List or Women’s Vote wants to spend some money, they can do it,” she said, according to the Santa Fe New Mexican “I can say, yes, I don’t like dark money. That’s the way the law is now. They’re asking me to do something that I actually don’t have the power to do.”

Ferguson said that polling has shown that New Mexicans would like to see more disclosure than is even constitutionally permissible. But despite consistent efforts at both the state and federal levels to require greater disclosure, reform remains elusive.

“There are efforts in the United States Congress– every single Congress, actually– to require us to pass constitutional requirements to require [greater disclosure],” said Rocca. “But that’s not going to happen any time soon.”

View all Money in Politics articles →