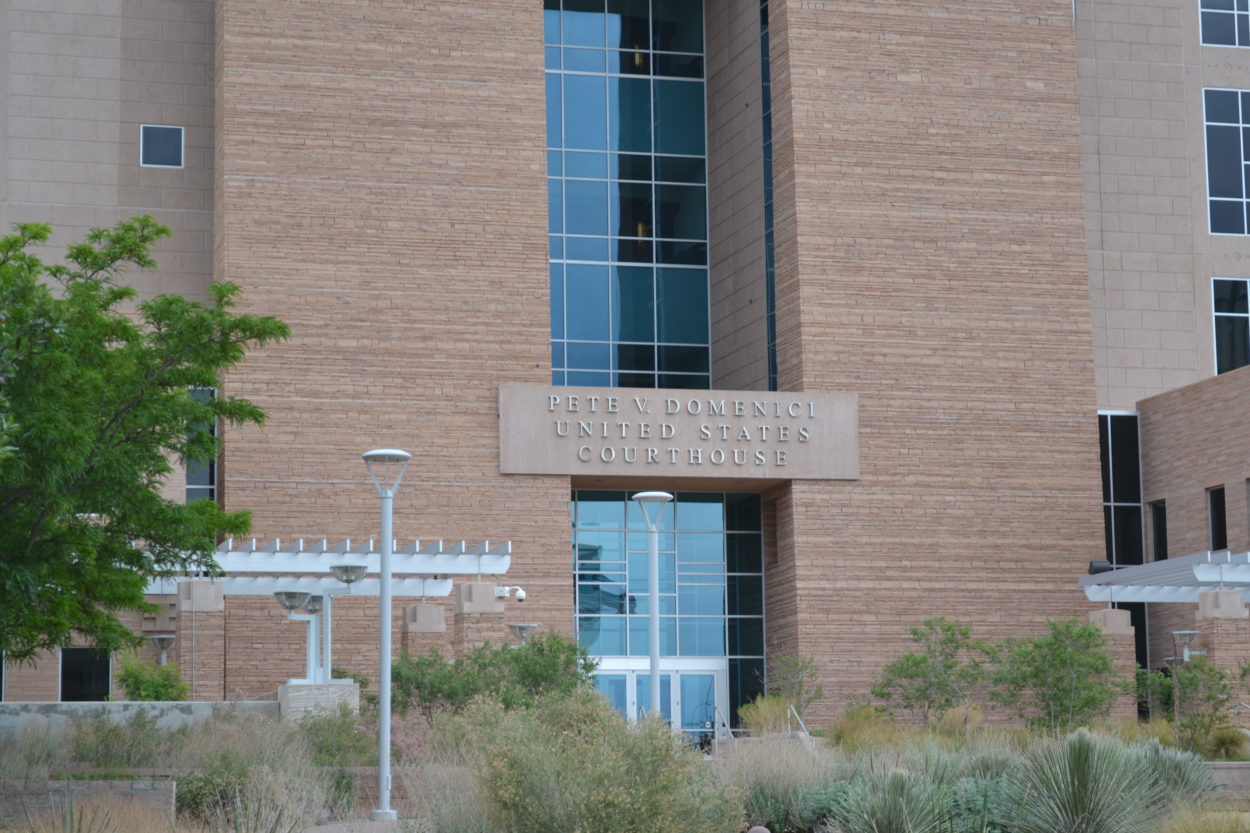 A New Mexico Libertarian candidate for the state court of appeals is suing New Mexico’s secretary of state in federal court, claiming his and Libertarian voters’ civil rights were violated in the process of tabulating votes from the state’s primary election.

That candidate, Stephen Curtis, is representing himself as well as the state’s Libertarian Party, the party’s state chairman and a registered Libertarian voter, who is also running for a state House position.

The lawsuit against New Mexico Secretary of State Maggie Toulouse Oliver claims that Curtis, who was a write-in candidate, received “well above the 230-vote threshold” to move on to the state’s general election. Even though Curtis did not face a primary opponent, state law requires write-in candidates to receive a certain number of votes to be placed on the general election ballot.

The lawsuit names Curtis, the state Libertarian Party, Libertarian Party Chairman Chris Lucini as well as Ranota Banks, a Libertarian voter and Libertarian candidate for House District 15, as plaintiffs. The suit asks a federal judge to stop enforcement of a state provision requiring payment for a recount and to force a recount.

“[Toulouse Oliver] abused the authority of her office and, while acting under color of law and with knowledge of Plaintiffs’ established rights, used her office to violate Plaintiffs’ Constitutional rights, privileges, or immunities secured by the Constitution and laws,” Curtis wrote.

The suit argues that in one county alone, Curtis received enough votes to qualify him for the general election.

“There is significant and substantial evidence that write-in votes for Mr. Curtis were not correctly tallied,” Curtis wrote. “For example, a Bernalillo County website reflects that 270 write-in votes were case [sic] in the Libertarian Party Primary for Court of Appeals.”

The suit also challenges a state provision that requires candidates who request a recount to cover the cost though cash or a bond. In Curtis’ case, he said he was asked to pay more than $3 million to conduct a recount.

“The burden in question to post a multi-million-dollar bond or cash, to obtain a recount to vindicate the candidate’s and voters’ interests, particularly with substantial evidence of error, imposes a severe burden on the Plaintiffs’ associational interests, and the rights of voters to cast ballots,” Curtis wrote.

“[Toulouse Oliver’s] actions have deprived the voters for Mr. Curtis of their right to vote, despite knowledge of voting machine errors that were not counting votes, and in violation of equal protection of law,” Curtis wrote.

Curtis was 26 votes short of moving on to the general election, according to Curtis’s suit.

There are two candidates currently qualified for the respective court of appeals spot in the general election: Republican Gertrude Lee and incumbent Democratic candidate Shammara Henderson, who was appointed this year to fill the vacancy of retired judge Moncia Zamora.