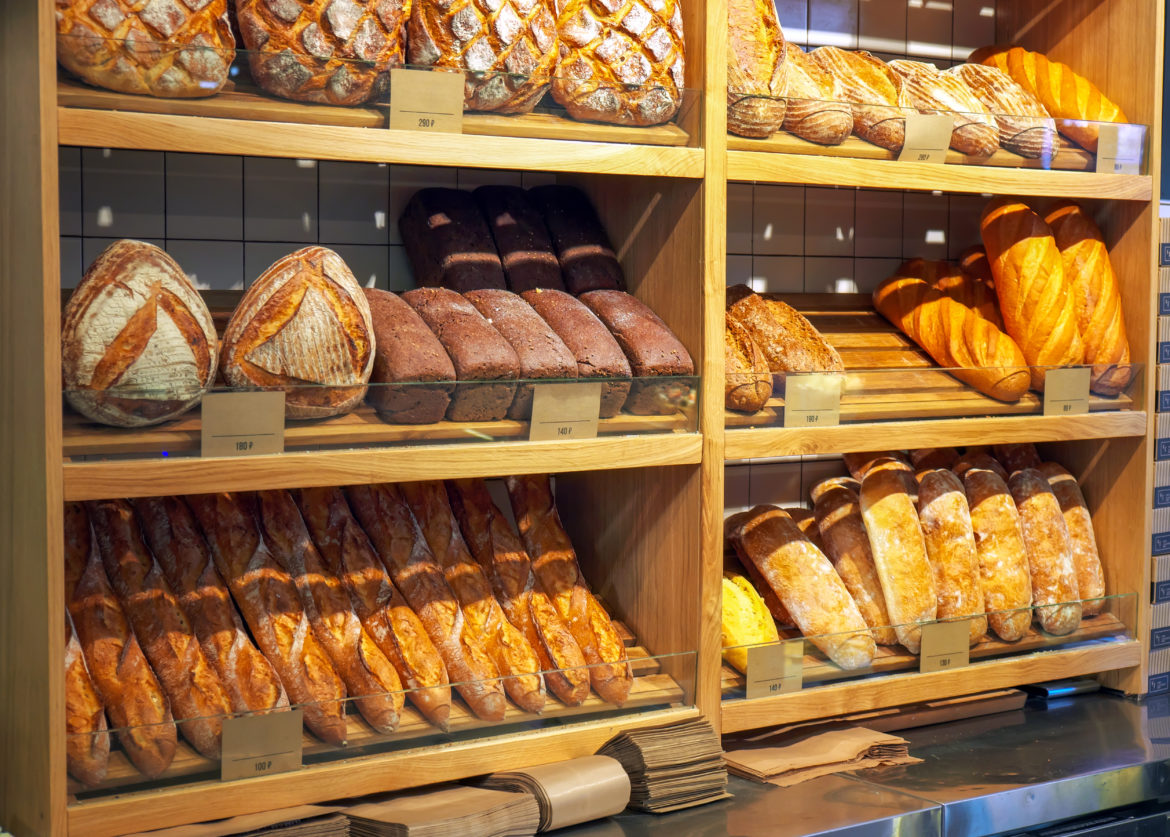 Whether people are staying home due to the COVID-19 coronavirus or due the summer heat, New Mexican bakeries are still selling their goods during the pandemic.

The American food services sector has been facing decline since March due to businesses operating either at limited capacity or closing altogether, as well as a shrinking customer base while people eat at home more and eat at restaurants less.

According a U.S. Department of Agriculture report, the pandemic combined with stay-at-home orders in many states led to a 19.3 percent increase in spending at grocery stores and retail stores for eating at home in March 2020 over the year prior, as well as a 28.3 percent decrease in food-away-from-home spending in that same timeframe.

Though grocery stores appear to be stocking up again on previously less accessible items like toilet paper and meat, food scarcity is still affecting bakeries across the country.

Walking into a grocery store today, it may be commonplace to find smaller bags of flour packaged by hand from bulk bags in the baking section or some items missing altogether, like yeast or certain egg or flour products.

“Our grocery rep has been pretty stable as far as getting us the groceries I mean there’s been maybe a couple of incidents where they didn’t have like one certain item but we’ve been able to get it from our local grocery stores,” Zavala said.

For himself, Zavala said he recently could not find yeast at his local grocery store.

“We don’t use yeast in the bakery but I remember I went searching for yeast personally two weeks ago and I couldn’t find it anywhere, I finally found it at one store after searching at like four different stores,” Zavala said.

Bakeries that primarily sell cakes and dessert options may be experiencing less difficulty than bread shops in finding ingredients through suppliers or grocery stores due to bread bakers’ reliance on ingredients like yeast or specific types of flour.

“We did run into problems with yeast early on. However, our suppliers have been very good to take care of us. I know a lot of smaller operations have had trouble sourcing the type of flour they need, and yeast,” Stobaugh said.

Stobaugh said some of the organization’s members have reported experiencing similar challenges. This may be due to factory shutdowns after the virus spreading among employees.

But could another contributing factor be food hoarding at grocery stores?

“(It’s) also due to factories switching from having stocked up product to manufacturing as ordered. Along with the toilet paper scare, home bakers were stockpiling baking goods. The yeast shortage has affected us the most, but we never actually ran out. Egg prices quadrupled for a short time,” Stobaugh said.

Stobaugh said it is easier for bakeries to more consistently get ingredients when they order from bigger suppliers but this may not be enough if another wave of food shortages occurs.

“Concerning sugar, prior to COVID-19, industry experts have been warning of a sugar shortage hitting hard beginning this fall. Many people with adequate facilities began stockpiling sugar at the current prices,” Stobaugh said.

“We have been very thankful to own two restaurants and two bakeries. That purchasing power has no doubt attributed to this being less painful for us. Still, I feel for anyone not able to source ingredients right now. The typical margins in food service are tight under normal circumstances. I expect we will see a lot of hard-working food service people not make it,” Stobaugh said.

These variable ingredient shortages may have more to do with the food industry adjusting to a new marketplace.

Nicholas Pyle, president of the Independent Bakers Association, said the organization’s members are wholesalers that sell to groceries and restaurants but even these food producers were seriously affected initially.

“The pandemic hit, so egg prices went to the moon and that was a little disconcerting for my cake guys and my doughnut guys, it was almost as bad as when we had the Avian Flu a few years back when all of a sudden a truck full of albumen (an egg product) was costing you a million dollars; not quite as bad as that but most of the supply chain issues, particularly on the flour side, have been ironed out,” Pyle said.

Pyle said a shrinking customer base threw off many bakeries in the aftermath.

“What happened was, there was a drop off in institutional baking, that would be baking for fast food, restaurants, schools, hospitals and things like that,” Pyle said. “So bread for sandwiches and buns and things like that because people were having their meals at home.”

According to another U.S. Department of Agriculture report, full-service and fast-food restaurants are the two largest commercial food service market segments and accounted for 73.1 percent of food-away-from-home sales last year.

“Everything from toilet paper had to go from institutional sizes of toilet paper to household size toilet paper, it was the same thing,” Pyle said. “Putting (flour) in five-pound sacks was a different thing altogether.”

Pyle said access to ingredients may be different for home bakers compared to professional bakery businesses. Bakeries more often have established access to larger suppliers to meet the needs of bigger customers, or institutions.

Pyle said he has not heard from the organization’s members about problems sourcing ingredients in the past several weeks.

“I haven’t heard anybody complaining about yeast or things like that. There are minor additives and dough extenders and things where there have been some anecdotal stories about problems there, particularly items sourced out of China,” Pyle said.

Some bakeries are thriving despite the virus. Stobaugh’s bakeries offered take-and-bake casseroles before the pandemic but today, she said that aspect of her business has exploded.

“After COVID hit, that exploded and in the early days of quarantine, the sales of savory items saved us,” Stobaugh said.

Some bakeries are still having difficulty consistently finding ingredients while some have said consumers have come into their businesses asking to buy baking ingredients instead of buying retailers’ goods.

Sarah Ciccotello, owner of The Burque Bakehouse in Albuquerque, said her business has managed by relying on local sources for ingredients and by operating a mobile business model that utilizes online ordering and curbside pickup.

“We spent a lot more time and energy sourcing ingredients so we try to use as much as we can that is local to the Four Corners region and that has been really helpful because that assures our supply chain,” Ciccotello said.

Ciccotello said she also uses homemade sourdough starter as a natural leavening agent to make her breads instead of store-bought yeast.

Since stabilizing her bakery’s supply chain, she has even supplied home-bakers with ingredients.

“We were actually able to supply a lot of our customers with flour and yeast and sugar for their home-baking needs,” Ciccotello said, adding that the practice was in high demand in March and April. “But there still seems to be a steady group of people who are looking for yeast and flour on a regular basis,” Ciccotello said.

The Burque Bakehouse is housed in a commercial kitchen with no storefront attached.

“So that made it quite easy for us to procure the baking facility and keep it sterile because customers don’t come in here anyway. We sold mobile at events and farmer’s markets in the city and state and in March when all of that was cancelled, we changed how our business sold goods,” Ciccotello said.

The Burque Bakehouse has expanded its online ordering and curbside pickup options.