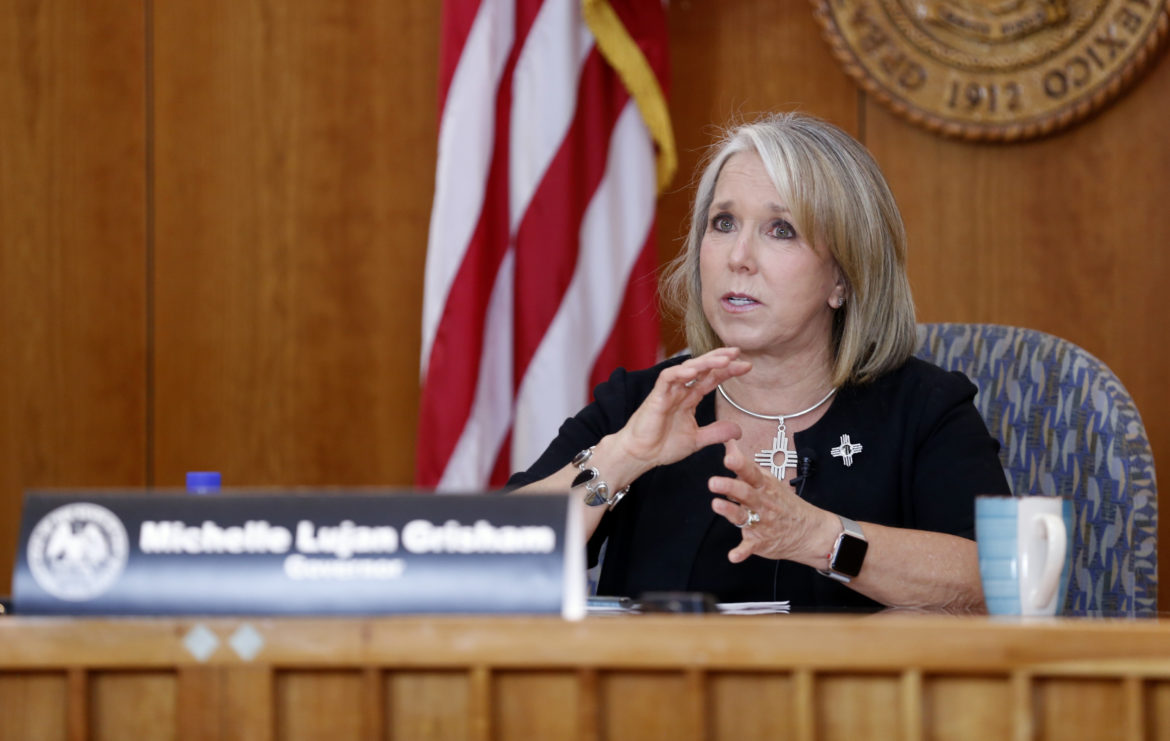 The state of New Mexico will extend its public health order with very little changes to the current  one, Gov. Michelle Lujan Grisham announced Thursday.

The state will still limit capacity at many locations, like places of worship and retail stores, and not allow indoor dining at restaurants, while keeping movie theaters closed and not allowing mass gatherings.

Additionally, the state will still require all New Mexicans to wear face masks while in public.

While the 14-day quarantine requirement for all travelers from other states remains in place, the governor said there would be some changes for those on necessary business and medical travel, likely announced on Friday.

The public health order will also move wineries and distilleries into the same category as restaurants and breweries, which will allow them to serve customers outdoors, including on patios.

But much of the focus from the governor was on economic issues, and the governor highlighted what she called a failure by the federal government, mentioning Republicans in the U.S. Senate, for allowing pandemic unemployment provisions to expire.

During the press conference, the U.S. Senate adjourned—without taking up the unemployment issue—until Monday. The extra $600 per week for unemployed Americans will expire on Friday.

Without that money, Lujan Grisham said, people would be unable to make ends meet.

“It’s more important than ever to keep these benefits,” she said. “The good news is, while they all ended today, Congress is going to enact an unemployment benefit and make sure it continues. It looks like sometime next week.”

It’s unclear to what level the Senate will vote to pass the increased unemployment aid. Democrats passed a bill that would have kept the $600 level, among other provisions, in May.

No matter what, though, the governor acknowledged there would be a gap in benefits.

“I’m greatly concerned about the wellbeing of our families,” she said.

She highlighted a number of grants and low-interest loans available to companies to keep operations going or to keep employees on the payroll. One, for example, is a $50 million program for grants to small businesses and local governments. Another would be a $400 million in New Mexico Recovery loans, which will launch next week, from the state’s permanent fund.

“The funds in which we are using to get $600 million out the door don’t allow us in more circumstances, or there would be more money for grants, to do grants,” Lujan Grisham said.

Dr. David Scrase, the secretary of the state Human Services Department, had better news to share than he had in recent weeks.

The number of cases decreased in the past couple of days, but Scrase warned, “It’s too early to declare victory.”

“The good news is that it’s not going up,” he said.

The other good news was that hospitalizations have not increased at the same rate as cases in recent weeks, as officials had feared. This would have strained or overwhelmed hospitals, he said.

This is likely because of the changing demographics of those who contracted the disease, he said.

Lujan Grisham warned that just because young people are not as heavily impacted as older people, that doesn’t mean they are immune.

“No one is immune from the worst aspects of COVID. But we are yet to know what the long-term health consequences are,” she said. “You don’t want COVID. No one should minimize the impacts of COVID.”

Other good news from Scrase included that the test positivity rate remains at 4.12 percent, below the state’s newly added gating criteria of 5 percent. He said adding this gave the state more information, in addition to the spread rate, for how to deal with potential changes to the state public health order.

It also provides a perspective on the increased number of confirmed cases as the state continues to increase the number of tests performed.

“We’ve gone up 50 percent in five or six weeks” on testing, Scrase said, citing efforts by the state laboratory, TriCore Reference Laboratories and other private partners.

According to Johns Hopkins University & Medicine’s  Coronavirus Resource Center, the overall positivity rate is 7.8 percent on a seven-day moving average according to the latest available numbers.

In Arizona, it is 20.2 percent, and it is at 11.9 percent in Texas, two neighboring states experiencing large outbreaks.

New Mexico Environment Department Secretary James Kenney said that rapid responses, where the state reacts after a positive test in a workplace, have continued to increase. For the week of July 20-26, the state conducted 215 rapid responses, an increase over 185 the previous week. Of those, a press release from the state said, 48 were from the food industry, which includes restaurants, grocery stores and food manufacturing facilities.

Overall, Scrase said it is incredibly important to slow the spread so the state can reopen more sectors of the economy and, in the near-future, schools.

“We can’t really reopen until we get the case count down,” he said.

Lujan Grisham said the improvement in numbers, and that even at its worst, New Mexico’s numbers were not as bad as other states, were because of the state’s efforts.