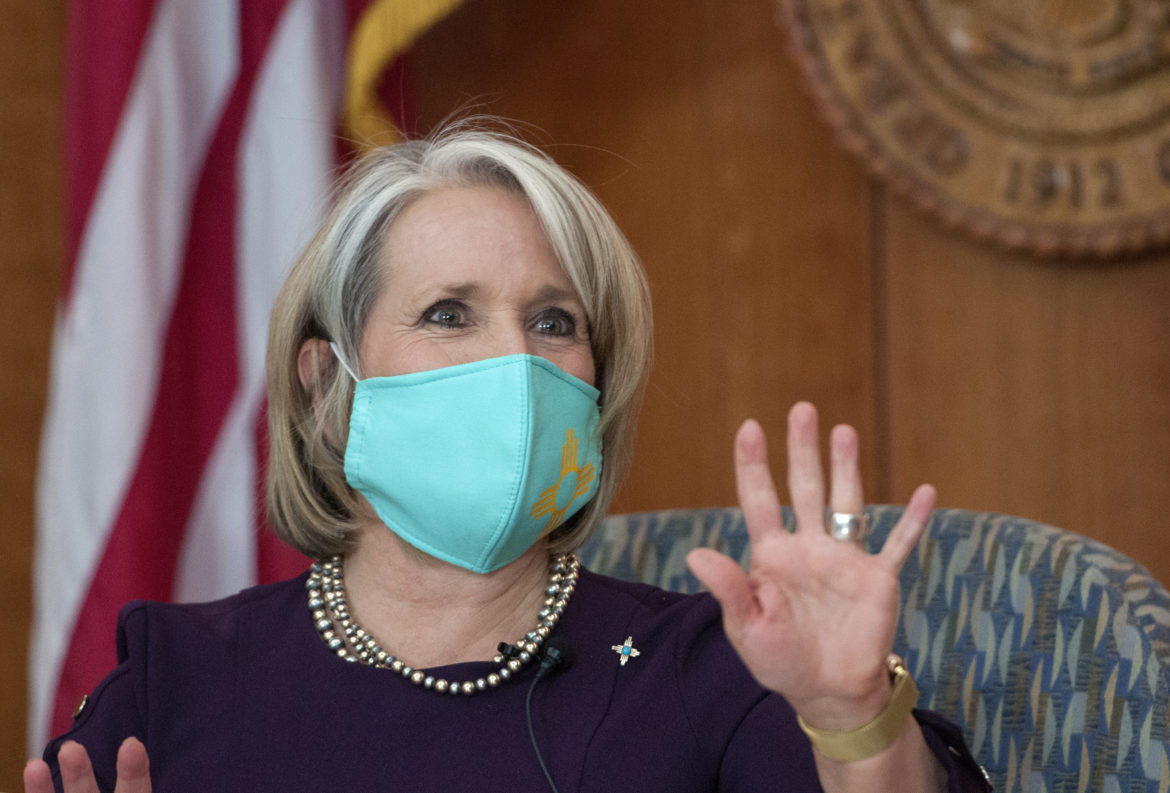 New Mexico Gov. Michelle Lujan Grisham gives an update on the COVID-19 outbreak in New Mexico and the State's effort to limit the impact of the disease on residents. The news conference is being held at the State Capitol in Santa Fe, Wednesday May 13, 2020. Pool photo.

According to a fifty-state survey of how governors and the president are handling the COVID-19 pandemic, New Mexico voters are much happier with the governor than the president.

The same survey also found a majority of likely voters nationwide and in New Mexico supported giving every American the right to vote by mail.

The polling was conducted by the COVID-19 Consortium for Understanding the Public’s Policy Preference Across States, a multi-university collaboration. The poll had high margins of error for many states, including New Mexico.

The polling, which took place in July, showed governors’ approval ratings on the handling of COVID-19 in most cases outstripped that of President Donald Trump, including in New Mexico.

The poll found that 53 percent of New Mexicans surveyed approved of the job Gov. Michelle Lujan Grisham was doing with regards to COVID-19, an eleven-point improvement over the June poll from the same consortium.

For Trump, meanwhile, just 26 percent of those surveyed approved of his handling of the COVID-19 pandemic.

New Mexico’s neighbor to the west, Arizona, has experienced one of the largest outbreaks of COVID-19 in the country in recent weeks, and is one of just four states where the approval rating for governors is lower than that for the president, with Trump’s approval rating in the state at 38 percent to just 30 percent for Gov. Doug Ducey.

On vote by mail, 64 percent of those nationwide said they were either very likely or somewhat likely to vote by mail this year. In New Mexico, that number reached 66 percent. Just 10 percent of voters in the state voted by mail in 2016.

A total of 60 percent of New Mexicans said they supported giving every American the opportunity to vote by mail, including 45 who strongly supported. Another 27 percent said they opposed this.

The poll surveyed 19,052 people from all 50 states and the District of Columbia through an online, nonprobability sample. The survey took place between July 10 and 26. The approval rating portion of the poll had a seven percentage point margin-of-error for New Mexico, which means results can be higher or lower by seven points. The voting portion had a nine-point margin of error.