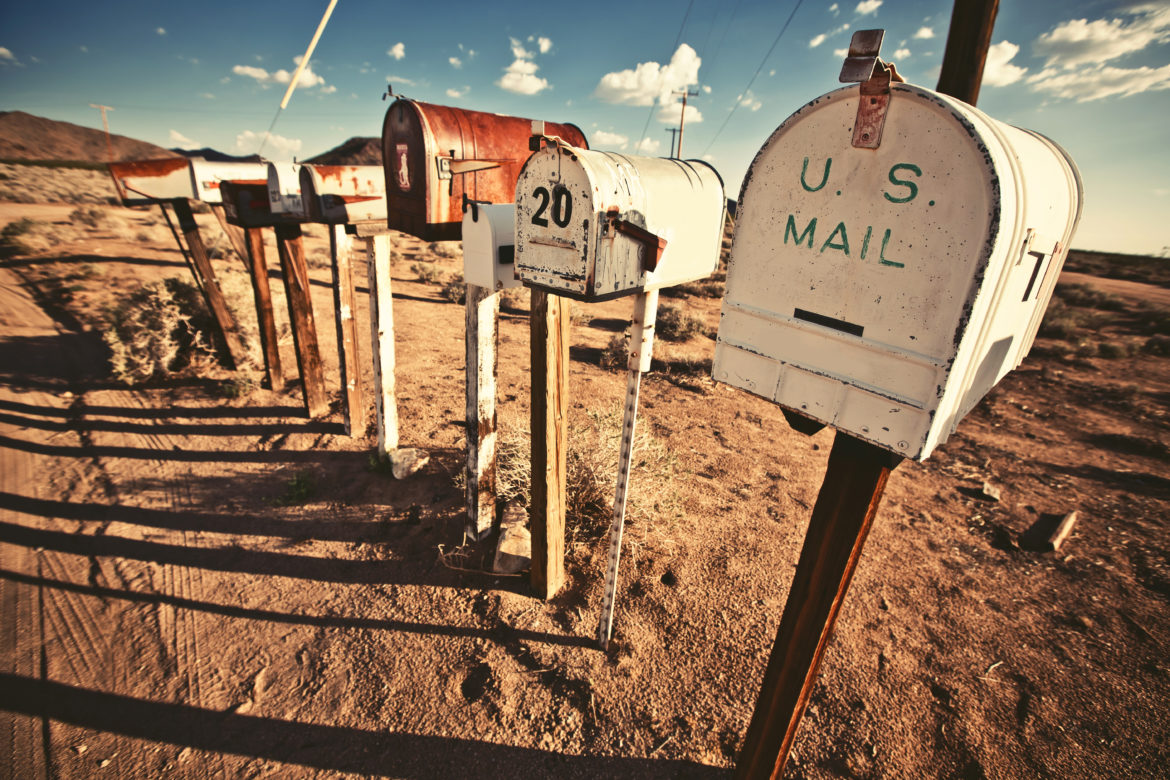 Fernando Rodriguez, a window clerk at the Roswell post office, said mail that was usually processed in a day or two would take most of the workweek. Earlier this week, he said federal authorities were already trying to make cuts at his facility.

“They’re trying to shut down some of the machines,” said Rodriguez, president of the statewide union for rural and small-city postal workers. “Those machines cost millions of dollars, why not use them to the best of their abilities?’’

However, the Trump administration’s latest attacks on the Postal Service are just part of the issue in New Mexico. Rural post offices have faced cutbacks for years that have led to inadequate staffing and slow mail turnaround times.

She said the Postal Service needs a financial bailout from Congress to ensure that private competitors like UPS aren’t the sole carriers. If these companies handle the mail, rural areas and end-of the-road destinations would likely lose mail service.

A major point in the cutbacks was in 2012 when a string of consolidations sent all mail processing operations in Alamogordo to El Paso, Texas; those in Roswell and Clovis to Lubbock, Texas; and those in Farmington, Socorro, Truth or Consequences and Tucumcari to Albuquerque.

Essentially, Heckman said, the thinking from Postal Service higher-ups was that if an office didn’t have enough foot traffic, it would close — without consideration for all the non-retail functions that office handles.

She said part of the consolidations included an experiment where letters mailed from one Albuquerque address to another would get sent out of the city to El Paso before winding up back in Albuquerque.

“It was a trial and it was an epic fail,” she said.

In statements, the USPS cited a 25 percent decline in First-Class Mail volume since 2006 as a reason for the consolidations. However, some observers have pointed to Congress’ 2006 Postal Accountability and Enhancement Act as the culprit for the agency’s financial woes.

Led by Maine Republican Sen. Susan Collins, the measure forced the Postal Service, already struggling financially, to prefund 75 years of retiree benefits. That meant the agency had just 10 years to come up with over $100 billion.

There was little opposition to the bill — it passed the House on a voice vote and the Senate with unanimous consent.

“This whole pre-funding thing should’ve never happened. We were kinda sleeping at the wheel,” Heckman said.

In the years since it became law, that pre-funding mandate has driven the Postal Service deep into debt. At the end of last year, the agency had nearly $161 billion in debt with more than $119 billion of that amount coming from the retiree benefit prepayment mandate, according to the Washington Post.

“If we didn’t have that obligation, we’d be fine [financially]”, Heckman said.

Last year, a bipartisan group in the U.S. House — including all three of New Mexico’s representatives — pushed the USPS Fairness Act, which would’ve done away with the pre-funding mandate. However, it hasn’t yet gone anywhere in the Republican-led U.S. Senate.

Rep. Xochitl Torres Small said that in addition to co-sponsoring the Fairness Act, she’s trying to secure financial help for the Postal Service as it copes with the coronavirus pandemic.

“Reliable postal service is a pillar for rural communities who count on it to connect with loved ones and services on a day-to-day basis,” she said in a statement. “Budgetary shortfalls threaten the future of USPS and I will continue to work with anyone to ensure this critical service reaches every corner of New Mexico.”

In Albuquerque, Heckman said part of the Postal Service involved four machines getting pulled from her facility, including a crucial AFCS machine that date-stamps mail and processes it to the right zip code.

“When you start taking machines out, you don’t get those back. And when the machines go out, the jobs go with them,” Heckman said.

However, the day after Postmaster DeJoy suspended his controversial changes, Heckman said the machines were put back in place.

While the cutbacks to mail processing capacity in Albuquerque were short-lived, rural post offices have felt similar pain for years.

At Rodriguez’s post office in Roswell, workers used to process 250,000 to 300,000 pieces of mail a day before the consolidation in 2012. “We haven’t gotten anywhere near close to that in a long time,” Rodriguez said.

However, the consolidations were just part of the story. Rodriguez said rural post offices have seen personnel cuts by positions going unfilled when workers retire or otherwise quit. That’s led to mail slowdowns and some tasks being left unfinished.

“We don’t have the personnel to perform the duties that need to be done,” Rodriguez said.

The coronavirus pandemic has only made things more trying. Between the recent national slowdowns and an increase in packages while people are cooped up at home, the remaining postal workers in rural areas are left with too much on their plates, Rodriguez said, leaving some tasks undone.

Rodriguez believes Congress needs to take a new look at the USPS.