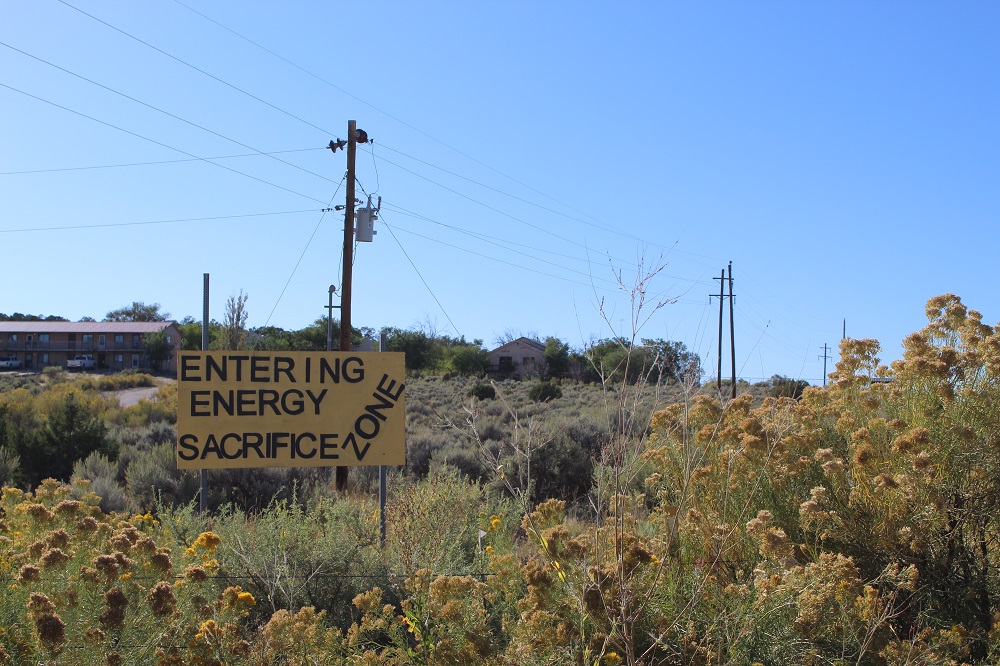 A proposal that would increase oil and gas drilling in the Greater Chaco region of northwest New Mexico is one of a long list of energy projects that are being “expedited” by the U.S. Department of Interior during the COVID-19 pandemic, under the direction of the Trump Administration.

The information was revealed in a letter dated July 15 from the DOI Deputy Secretary Katharine MacGregor and obtained by the Center for Biological Diversity through a Freedom of Information Act (FOIA) request and provided to NM Political Report.

The revelation comes as the U.S. Bureau of Land Management (BLM) and the U.S. Bureau of Indian Affairs (BIA) face sharp criticism from state government officials, congressional lawmakers and local communities in the northwest portion of the state for the agencies’ handling of the public comment period associated with the proposal, conducted amid the COVID-19 pandemic.

The Farmington field office of the BLM is in the midst of amending the area’s resource management plan, which governs oil and gas development on BLM lands. BLM officials have been working on the proposal, referred to as the Mancos-Gallup RMPA, for years, but in late February—just days before the COVID-19 pandemic hit New Mexico—the BLM released a draft Environmental Impact Statement for the plan, which triggered a 60-day public comment period. The proposal could enable up to 3,000 new oil and gas wells to be drilled in the area.

Communities in northwestern New Mexico, including the Navajo Nation, were hit hard and fast by the SARS-CoV-2 virus. As cases of COVID-19 surged in the area, tribal governments and local community groups in the Greater Chaco region requested the BLM extend the public comment period during the public health emergency. That call was echoed by the state government, the congressional delegation, and tribal leaders. By the end of April, critics sent three separate letters to the Department of Interior requesting the comment period be extended until the outbreak could be contained.

The BLM ultimately granted a 120-day extension, which will run out September 25, but the agency has refused to halt the process until after the pandemic. Instead, it has held a series of webinars for public engagement, including several held at the end of August.

The BLM Deputy Director William Perry Pendley argued in April that online information sessions would actually increase public participation. But for many of the communities directly impacted by the proposal, accessing broadband to participate in the webinars presents its own challenges.

Sixty percent of Navajo Nation residents currently lack access to broadband, according to Navajo Nation President Jonathan Nez. In areas where broadband is available, infrastructure is deployed by a “patchwork of service providers that results in sporadic to non-existent connectivity,” Nez said during a U.S. House Energy & Commerce Committee hearing in July.

“The COVID-19 pandemic continues to radically alter the lives of New Mexicans, limiting their ability to fully participate in public processes fundamental to the economy and way of life in and around the BLM Farmington District in the Northwest corner of our state,” the letter, which is dated August 26, reads. “Despite these concerns, several public processes proceed apace, hurtling forward to provide additional acreage for an oil and gas industry with seemingly little need for it, given the worst price and oversupply conditions in at least a decade.”

Calls to halt the process were echoed again by participants at a recent online information session. At that meeting, Al Elser, BLM’s Farmington District Manager, told participants the 120-day extension is “probably all we’re going to get at this point”; while the BIA’s Bart Stevens, Regional Director of the Navajo Regional Office, said participants should “work around” connectivity issues.

In June, President Donald Trump signed Executive Order 13927 “on Accelerating the Nation’s Economic Recovery from the COVID-19 Emergency by Expediting Infrastructure Investments and Other Activities.” The order directs federal agencies to use their emergency authorities to expedite the work on, and completion of, certain types of projects during the pandemic, including energy, infrastructure, natural resources and environmental projects, in support of an economic recovery from the pandemic.

“The need for continued progress in this streamlining effort is all the more acute now, due to the ongoing economic crisis,” the order reads. “Unnecessary regulatory delays will deny our citizens opportunities for jobs and economic security, keeping millions of Americans out of work and hindering our economic recovery from the national emergency.”

It also enables agencies to take advantage of flexibility for complying with the National Environmental Protection Act (NEPA) processes, which guides environmental impact statements and environmental assessments, as well as the related public comment process.

In the July 15 letter, MacGregor noted that the DOI is currently working with the White House’s Council on Environmental Quality (CEQ) to develop new categorical exclusions from further NEPA review for activities “that historically have been analyzed under an environmental assessment.” The Department is also directing its bureaus to “adopt previous NEPA analysis to conduct oil and gas lease sales and to permit new energy development.”

MacGregor also said in the letter that “the Bureau of Indian Affairs has existing authority that allows for the waiver of regulations for leasing and rights-of-way that has been used recently for infrastructure and energy projects on Indian lands.”

A lot of unknowns

“I don’t know. I don’t think anyone does,” said Brett Hartl, government affairs director at the Center for Biological Diversity.

Hartl said he was in disbelief at the executive order, and the organization filed a number of FOIA requests around the announcement. They have received only one document so far.

“We put in FOIA requests two or three days later,” he said. “Part of me was like, is this real? Are they really going to do this?”

Hartl said he doesn’t think any federal agencies are outright abandoning NEPA compliance—though he added that, under an emergency, it was possible.

NM Political Report asked the Department of Interior for clarification on how the BLM and BIA were expediting the Farmington RMPA. A spokesperson did not respond directly to our questions, but instead offered the following statement:

“For far too long, critically important infrastructure, energy and other economic development projects have been needlessly paralyzed by federal red tape. The Trump Administration has taken significant steps to improve the federal government’s decision-making process, while also ensuring that the environmental consequences of proposed projects are thoughtfully analyzed.”

Could the Executive Order help explain the BLM and BIA’s insistence on proceeding with the Farmington RMPA online during the pandemic?

“Probably,” Hartl said. “To me, the list is the high priority things they want to get done. And no surprise, oil and gas is at the top of the list. If something is on an expedite list, they’re certainly not going to slow down.”

Mike Eisenfeld, energy and climate program manager at the San Juan Citizens Alliance, said the executive order and the July 15 letter are further examples of the Trump Administration’s attempts to eradicate environmental regulations.

“They’re of this mindset that the National Environmental Policy Act and other regulatory guidance are holding things up,” Eisenfeld said. “That’s not really what’s going on.”

He pointed to attempts by the DOI to reduce the average time of EIS processes to 1.5 years, which is mentioned in the July 15 letter.

“They’ve been trying to truncate the amount of analysis [required]. I would say that we’ve been waiting for a proper analysis on the Farmington Mancos-Gallup Resource Management Plan EIS since 2014,” Eisenfeld said, calling the current draft EIS “deficient.”

“Some of these other projects on the list are complex,” he added. “Who’s analyzing them?”