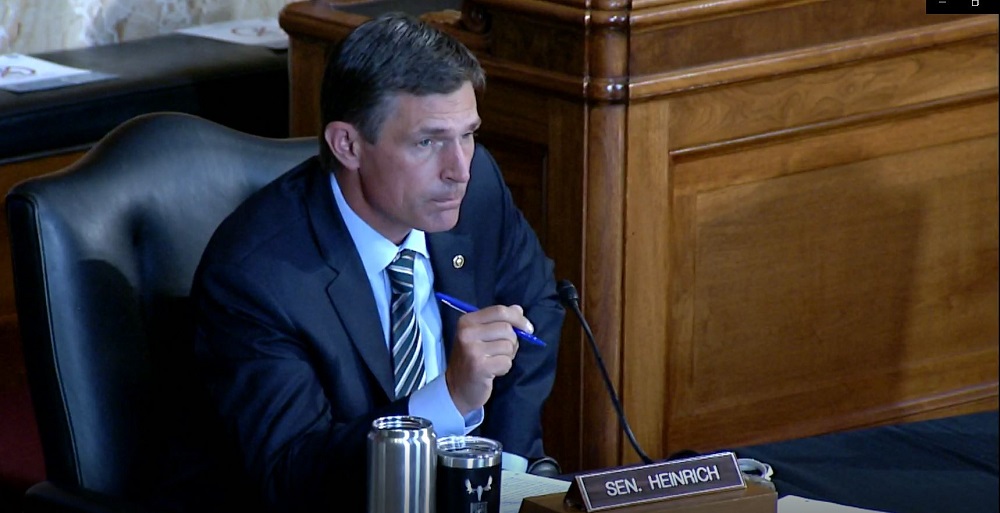 Representatives from two opposing groups in New Mexico testified before the U.S. House Energy and Natural Resources Committee Wednesday, painting conflicting portraits of support for a bill that would see portions of the Gila River receive federal Wild and Scenic designations.

The M.H. Dutch Salmon Greater Gila Wild and Scenic River Act would designate 446 miles of the Gila River and other waters in the Gila and San Francisco water basin as either wild or scenic, protecting those portions of river from future development. U.S. Sens. Tom Udall and Martin Heinrich presented the legislation at the hearing. The bill is named after M.H. Dutch Salmon, a nature writer and longtime advocate of the Gila River who passed away in 2019.

Heinrich said the bill would “permanently protect some of the most dynamic and spectacular rivers and streams in our country.”

“The Gila and San Francisco Rivers are the beating heart of southwest New Mexico and are home to some of the most spectacular places in the west, full stop,” he said.

“Sen. Heinrich and I took the unusual step of posting a discussion draft of the legislation early this year, which we revised to reflect community concerns,” Udall said.

Udall and Heinrich were joined by Jamie Crockett, the co-owner of Gila Backcountry Services, who also spoke in favor of the bill.

“This bill is the result of a grassroots movement and nearly a decade of work, from and by the people of my community, to guarantee protections of these rivers, their values, their current uses, and our traditional ways of life,” Crockett said. “The vast majority of residents in the Gila River region support Wild and Scenic Rivers, and I know this personally from doing community outreach and getting signatures for over 150 local business events and in meetings with our fellow constituents and talking with my neighbors.”

But some of those listed as supporters by the group told NM Political Report they are not involved with the coalition and were unaware their names were being used by it.

The coalition did not respond to a request for comment by NM Political Report.

Lente, Romero, Stefanics and Hochman-Vigil all confirmed with NM Political Report that they are not involved in the group and support the Wild and Scenic designation bill.

Broska’s name is a particularly odd addition to the list, as the New Mexico Wilderness Alliance is one of the groups pushing for the Wild and Scenic designations. The Alliance also confirmed with NM Political Report that Broska was unaware of her name being added to the list of supporters.

Journalist Heath Haussamen also said on Twitter he was added to the list without his knowledge, and was removed.

During his testimony, Forward argued that the bill would create a patchwork of private land ownership and federal-protected stretches along the Gila and San Francisco rivers.

“These private properties have water diversions, wells, crossings, right of ways that livestock use, and other utilizations of these river segments that make them inherently incompatible with the Wild and Scenic Rivers Act,” Forward said. “You will have a designation of a river coming down jumping over private property… a designation river, leaving the private property again. And it almost reaches absurdity.”

“The bill will no longer balance good conservation and water use within the Gila watershed, and it’ll move towards small protections for the river, eliminating 134 years of economic growth and rights along the river,” Forward said, adding that the federal management of future projects in those areas along the river could “demolish 44% of Grant County’s economy.”

“I think that would be absolutely devastating,” he said.

But Crockett argued the designations would actually help the area’s economy.

“Tourism is the second largest industry in our state, and outdoor recreation is one of the fastest growing sectors here,” she said. “Tourism in Silver City is on the rise and I expect the Wild and Scenic designation will increase the draw to this area and will continue to sustain this growth in a healthy way that respects our local traditions.”

“On behalf of the many, many local area farmers, ranchers, hunters, anglers, private landowners, recreationists, business owners, tribes and elected officials, I wish to convey our collective view that it is vitally important to protect these critical watersheds,” she said.