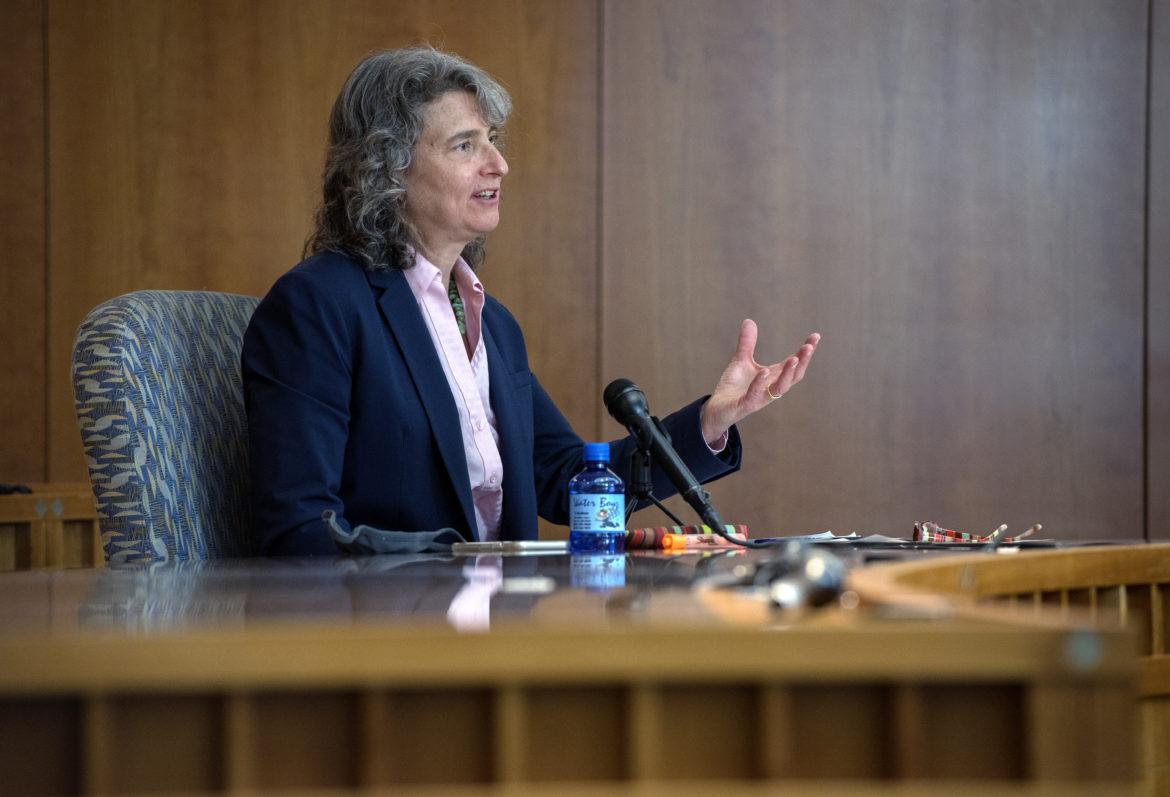 NMCOVID5Director of State Personnel Pamela Coleman takes part in the weekly update on the COVID-19 health emergency in New Mexico and the state's efforts to deal with it. She was there to talk to people about the census. The news conference was held at the State Capitol in Santa Fe Thursday September 17, 2020.

During the governor’s weekly update on COVID-19 statistics, her appointee in charge of overseeing the federal census in the state urged New Mexicans to make sure they are all counted.

Pam Coleman, the chair of the Statewide Complete Count Commission and director for the New Mexico State Personnel Office said “today’s the day to get counted.”

“It’s really good when numbers go up in the census,” Coleman said. “So my message to everyone listening to the press covering is that if you are waiting for the perfect day to respond to the census, today’s the day.”

Coleman said the state had a 57 percent self-response rate as of Thursday and that while it’s a “good” number it should be higher.

She said some families may be visited by census workers, but that anyone can call to submit their information as well as submitting it online.

Census information is not only used to count the state’s population, but also directly impacts how much money New Mexico gets from the federal government.

To put the potential money into perspective, Coleman said if every New Mexican is counted, the money the state receives would be equivalent to every household member receiving $10 every day.

And, she said, census numbers can also help inform businesses that are considering moving to New Mexico about the potential customer base and the number of potential employees.

“The way that all business decides to make a choice about where they move is based on census data,” she said. “If we don’t count every single, precious New Mexican, businesses cannot make their decisions with the most complete data.”

Coleman asked those who have already submitted their census information to become “census ambassadors” by encouraging others to do the same through social media, over the phone and through email.

“You can become a census evangelist, no matter where you go,” Coleman said.

Gov. Michelle Lujan Grisham added that despite “negative, false information” about confidentiality, New Mexicans should not be concerned that personal details will be shared outside of the census.

Coleman said the census is “the most important thing” New Mexican’s can do “that takes less than 10 minutes.”