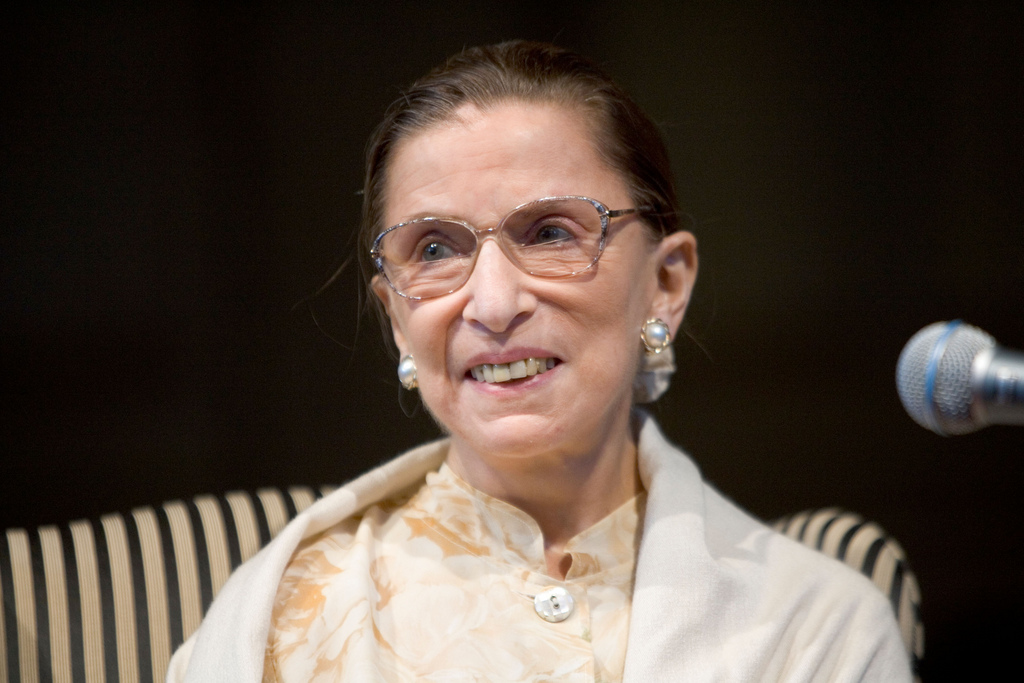 The vacancy her seat creates will now give Republicans the opportunity to try to place another conservative justice to the bench. President Donald Trump, reacting to two Supreme Court decisions in June that he didn’t like, tweeted that he would have a new list of conservatives to appoint to the bench by September 1.

Within just a few hours of the announcement of Ginsburg’s death, U.S. Senate Majority Leader Mitch McConnell said he would not wait to bring to a vote for a Trump appointee this election year, according to multiple media sources. McConnell refused to consider President Barack Obama’s Supreme Court nominee in 2016, citing the fact that it was an election year.

Another conservative on the bench could have a massive impact on a number of issues, including reproductive rights. Reproductive rights advocates have been warning that the landmark 1973 Roe v. Wade decision could be overturned in the next few years, leaving states to decide their own abortion regulations. If that happens, as many as 25 million women of reproductive age could live in a state without a single abortion provider, according to Planned Parenthood of the Rocky Mountain officials.

Related:  With a health care crisis under way, New Mexico could be critical for abortion access

Reproductive rights groups in New Mexico have been fighting to remove an antiquated law written in 1969 off the state’s law books. If Roe v. Wade should be overturned with a new conservative majority bloc, that state law would make abortion illegal in New Mexico except in the case of incest, rape or if the woman’s life is at stake.

An effort to repeal the 1969 law during the 2019 state Legislative session failed when eight conservative Democrats sided with Republicans on the issue. Reproductive rights advocates then began working to try to unseat most of the Democrats who voted against H.B. 51.

The passage of Ginsburg’s death brought responses across the New Mexico political spectrum.

“The fight for equal rights, for equal representation, for genuine and meaningful equality under the law will go on in her absence, never without the strength and vision and fairness she delivered to that foundational cause. Her legacy will live in the ongoing battle for the wholesale elimination of discrimination, of hate, of brutality in the American way of governance and life,” Lujan Grisham wrote.

Senators Tom Udall and Martin Heinrich, both Democrats, signaled the fight that may be ahead in the Senate over confirmation hearings for Ginsburg’s replacement. But, the Senate only needs a slim majority to decide the next Supreme Court Justice.

Udall called Ginsburg “a titan of justice,” but added that he is “appalled” by McConnell.

“At this moment of anguish for the nation, it is only right that we honor Justice Ginsburg’s last wishes. As she said: ‘My most fervent wish is that I will not be replaced until a new president is installed.’ I am appalled that Republican Majority Leader McConnell has already vowed to betray that wish—and his own precedent—the same day that Justice Ginsburg passed,” Udall said in his statement.

Heinrich called her “a champion for women,” but also said McConnell has already established precedent when he refused to consider Judge Merrick Garland in 2016.

“It is absolutely critical that we honor the final wishes of Justice Ginsburg and fill her seat only after the next president is inaugurated. With just weeks before the presidential election, we must let the American people decide when they cast their ballots in November. In fact, Senate Majority Leader Mitch McConnell has set a precedent for this very situation. I will commit to holding the Majority Leader and all Senate Republicans accountable to their own standard. Anything less would be hypocrisy at its worst and a grave injustice to the American people,” Heinrich wrote.

“Justice Ginsburg was an extraordinary jurist, a sharp dissenter, and an inspiration to millions of Americans. She has left an indelible mark on our nation through her groundbreaking work on the Court, and her legacy will live on through her sound and just decisions,” said Luján.

“America has painfully lost a true champion for equal rights, a giant who as a lawyer shaped the law to protect those most vulnerable and as a jurist who ensured fairness and justice for all,” he wrote.

“The New Mexico Supreme Court is saddened by the passing of one of the great jurists of our time and a national treasure. Throughout her career, Ruth Bader Ginsburg opened doors for gender equality across this country, including New Mexico.  She dedicated her life to the principle of equal justice under the law. She was recognized by the National Constitution Center on Thursday, which was Constitution Day, for advancing liberty and equality for all. Justice Ginsburg will always be remembered as a champion of the rule of law,” he said via email.

Albuquerque Mayor Tim Keller said, in his statement, that she “broke through countless barriers.”

“She was a people’s champion, leaving a legacy that will be impossible to replace. But we must continue her work ensuring everyone has a seat at the table. While we join so many others across the nation in mourning, us New Mexicans will always especially cherish that RBG loved our state and visited regularly,” he said in his statement.

“Our nation has lost a jurist of great stature who helped shape our nation on many difficult issues and on many social fronts. While she may not have held conservative positions on the High Court, she is a testament to what’s good on the bench—she had courage, a will to do what she felt was right and a desire to move our nation forward. She will be missed as a tremendous force on the Court and in our nation. She was an honest champion of justice,” he said by email.

Some running for office also issued a statement responding to Ginsburg’s passing. Mark Ronchetti, a Republican who is vying for Udall’s Senate seat in the upcoming election, against Democrat Lujan, said Ginsburg “lived a truly remarkable life and an inspiring career of public service.”

“She was appreciated and highly regarded by even those with whom she frequently disagreed. As the father of two girls, I know Justice Ginsburg is someone women, in particular, can and should look up to with admiration – an example of the success and influence that should be available to every little girl in America,” said Ronchetti. “Krysty and I are especially in awe of the courageous, graceful battle she waged with cancer. May she rest in peace.”

Teresa Leger Fernandez, a Democrat running for to replace Lujan in the third Congressional District, said that “as an attorney, I stand on her shoulders,” and encouraged voters to vote on Nov. 3.

“We must hold firm in insisting that her seat is not filled until we have had an election, and if a new president is elected, an inauguration. And we must show up to the polls – either by mail or in person – in overwhelming numbers that demonstrate our commitment to our democracy and our shared future. It is what she would have wanted,” Leger Fernandez said in her statement.