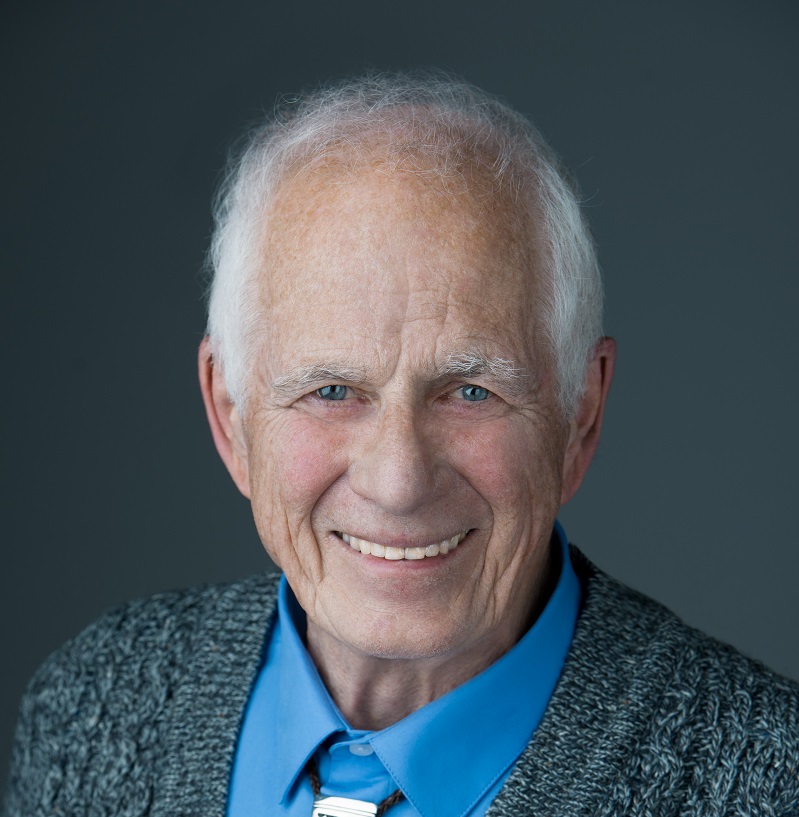 The following interview is with Libertarian Bob Walsh, who is running for the U.S. Senate in a seat currently held by U.S. Sen. Tom Udall. Udall announced in March of 2019 that he would not run for reelection.

Walsh is a retired scientist with degrees in physics, mathematics and biology. Walsh was a legislative assistant to former state Rep. Janice Arnold-Jones, and was an Assistant Democratic Party Ward Coordinator in 2005-2006.

Walsh is running against former TV meteorologist and political newcomer Mark Ronchetti, a Republican, and U.S. Rep. Ben Ray Luján. Ronchetti did not respond to multiple requests for an interview. You can read our Q&A with Luján here.

Bob Walsh: We can expect many changes in the future. In New Mexico in particular, we should have increased reliance on solar energy. That’s particularly important because solar can be done individually. I would expect we’re going to see more and more private homes being powered by solar energy, especially as the cost keeps coming down.

As far as providing energy to other states, I think we will continue to see a reliance of other states on natural gas and other extraction products that come from New Mexico.

The natural history of the planet is increasing use of energy in ways that create organization. When you start out with plants, which are a high degree of organization, they use the solar energy, and consume the carbon dioxide in the atmosphere, and put out this poison, called oxygen; and then along came animals, who took the oxygen out of the atmosphere and replace it with carbon dioxide, and took the organization that was created by plants, the structure, and used it as fuel for the animals to create organization. There’s a rule of thermodynamics that says entropy increases, which also means that total organization must decrease. We—plants, animals and humans—get all this energy from the sun, one way or another, which is actually highly organized. We take this energy, produce something that’s far more organized, but in order to satisfy this law of thermodynamics, we have to release a lot of energy in a disorganized form, and that’s what we call waste heat. That, in the long run, is going to be the long-term source of heating for the planet. That’s inevitable, that’s the evolution of the planet. I haven’t seen anybody try to quantify that, but in the very long term, that’s going to dominate any other source of heating of the planet.

Bob Walsh: Fossil fuels are a repository of highly organized energy. So we will continue to use them, it’s part of being humans and advancing civilization.

The next thing that happens, after having made a prediction about what the economy will look like, then there’s a prediction of what innovations will be required to have that kind of economy. Well, that depends on technological advancements and inventions that haven’t even been conceived of yet. There’s no way of predicting that. There’s really no way of predicting the future in any way, but these are specific examples.

These models put these inputs into models of future climate, which are pretty crude approximations to very complicated processes. In particular, there’s a continuing debate amid the climate scientists about how to treat clouds: are they holding energy in, are they keeping energy out, are they causing more rain.

And finally, the ultimate prediction is something like global average temperature, and they talk about an increase of one or two degrees centigrade, which on a historical time scale is not very much. Then, the alarmists want to argue that’s going to be very bad—while in fact, civilization has apparently increased the fastest when it’s been the warmest. So, nobody seems to be willing to say what they think would be an optimum temperature, whether it should be colder than it is now, or whether it should be warmer than it is now. But there will always be changes, and there will be bad effects and good effects, and it’s hard to see what the overall balance will be.

So, it’s not wise to limit your economic growth now in the name of an uncertain future prediction. Because of the compounding effect of growth, limiting it now would have a very large effect by the end of the century. According to projections of current growth rates, at the end of the century, world wealth will be 10 times what it is now. So, taking some of our wealth now, to try to stave off uncertain effects in the future, makes a lot less sense than letting the economy grow, and then using some of that great wealth in the future to mitigate whatever happens.

I think local communities make a mistake by trying to put global considerations ahead of local growth and local environmental problems.

Bob Walsh: That’s a New Mexico problem, and New Mexico has to make some big trade-offs to deal with that, and that’s not really a congressional problem. Water is a real problem but in the future, there will be new considerations. For one’s home, one can consider buying tanks of hydrogen, because hydrogen is part of water but it’s only 1/9th of the weight of water, and people will come up with devices to take the hydrogen and the oxygen that’s in the air and produce water. Now, we don’t have that right now, but I think we can expect that in the future. Mostly, we need to leave things to businesses and individuals to invent and adapt. And I think we will, as we have in the past—despite the horrible predictions of what we were going to have by now—I think we will have no problem adapting and accommodating ourselves to whatever comes.

Bob Walsh: Everyone has a different idea of what you mean by “conservation” and “public lands.” The first thing I’d like to point out is that public lands are public, they are not the property of the federal government, though the federal government would like to think so. In fact, control of those properties should be transferred to the states and the people. And decisions about what to do about particular pieces of that land should be decided locally. There are economic considerations and there are environmental considerations. And generally, both of those have local impacts, rather than global impacts, rather than national impacts. For instance, if one is concerned about fracking, the trade off is between environmental damage—which is very much local, fracking in New Mexico does not impact New York City at all—and economic effects. Local people should be able to decide how they want to do that trade-off. It should not be a question to be decided by the federal government. Even if the federal government, as it will likely do in the future, retains control of those lands, the decisions should be deferred to local groups.