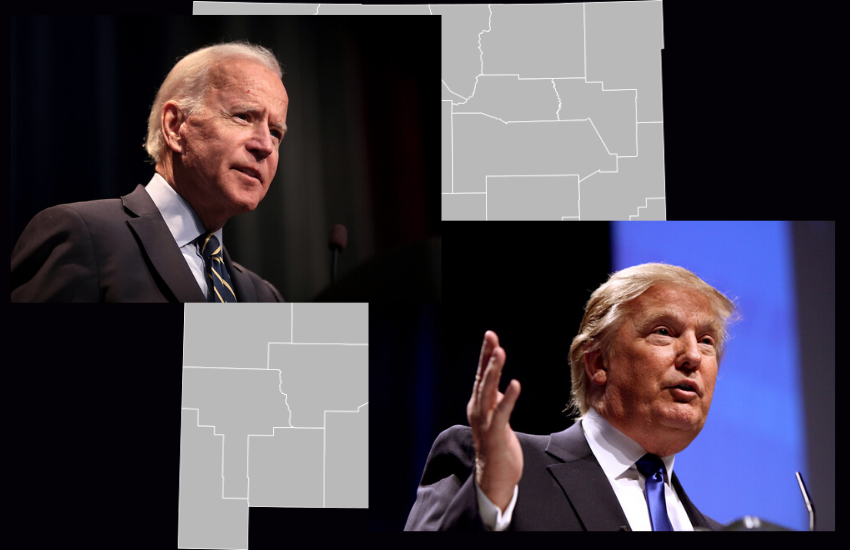 This is similar to a poll commissioned by NM Political Report following the June primaries, though that poll did not include Jorgensen as a named option.

Biden also has a significant lead among Hispanic or Latino voters, leading 67 percent to 26 percent. New Mexico has the highest percentage of Hispanic or Latino voters of any state in the country. Trump, meanwhile, leads among white voters, 53 percent to 41 percent. Biden leads among Native American voters 66 percent to 18 percent, while other ethnicities back Biden 54 percent to 16 percent for Trump—just two points ahead of Jorgensen, though the sample is a low number.

An Albuquerque Journal poll conducted in late August and early September found Biden ahead by 15 points.

The poll was conducted on Sept. 30 and Oct. 1, the day after the contentious debate between the two candidates last week, which included frequent interruptions by the president and could result in changes to the structure of the next two scheduled debates. The poll was concluded before Trump announced that he tested positive for COVID-19.

The poll surveyed 886 New Mexico voters was condcuted through automated calls to landlines and text messages to cell-phone only voters and has a margin of error of +/- 3.3 percent. The margin of error on subsamples is larger.