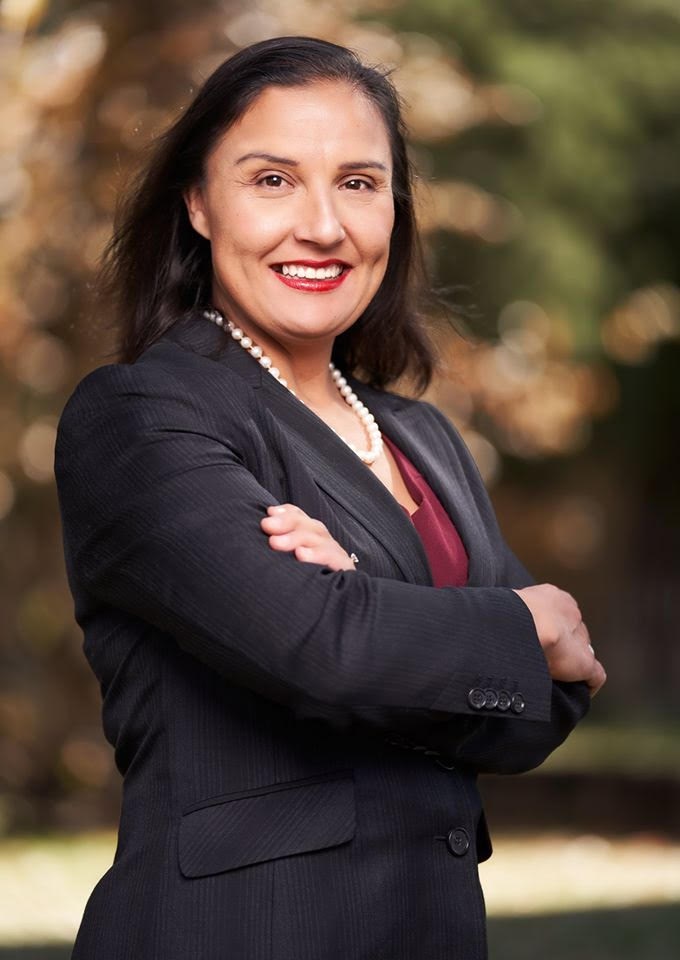 The following interview is with Alexis Johnson, a Republican who is running for New Mexico’s Third Congressional District seat in the U.S. House of Representatives. The seat is currently held by U.S. Rep Ben Ray Luján. Luján is running for the open U.S. Senate seat.

Alexis Johnson: I see an energy future where we’re able to work together, irrespective of party for the prosperity not only of the environment, but also of the people and jobs in New Mexico.

I’m an environmental engineer. I’ve dedicated my life to preserve, protect, and keep our environment safe and beautiful. But I have also worked to keep New Mexicans employed. Our oil and gas industry supplies 39 percent of our state’s revenue, which funds the education of our children. And as you know we’re ranked last in education—so that’s money that we very much do need.

But I want to make it very clear that going to a Green New Deal would be extremely detrimental to the future of New Mexicans. Not only would it put people out of jobs, but to not have oil and gas would mean that we would have to be beholden to other countries that may have other intent. And what I mean by that is, for example, when Syria gassed their own people, because of our oil and gas, we were able to have a red line there and say no, we’re not going to allow that to occur. But if we did not have a robust energy economy, we would have to be like we were back in the days of the ‘70s, ‘80s, whatnot, whenever there was a crisis in the world, we would have to wait at the gas pumps.

I want to make it very clear that as an environmental engineer, I fully understand how sustainable sources can contribute to a better environment. But that’s not the end-all be-all. The sun is not shining all the time for the solar panels, the wind is not always blowing for windmills. We do not want to be like California right now, who’s experiencing rolling blackouts because of such a strong, firm push all the way to sustainable [energy] without looking at our oil and gas as benefiting us as well.

I think it’s an issue of compromise. Whenever we don’t have a compromise or a good understanding, we often make mistakes. One of the mistakes that was made here in New Mexico, for example, is not allowing northern New Mexicans to cut any of their lumber down. Last year we saw that judgment by an Arizona judge put in place, where they couldn’t even have wood to light the fire in their home, and it was because of the spotted owl. They took out the lumber industry in the Las Vegas area in northern New Mexico. And because of these policies, you end up with a monoculture of trees, large mature trees stacked one next to another with heavy timber underneath with no management, and this can create high intensity fires.

So, although [WildEarth Guardians] felt they were doing something good, they failed to understand the other side of the story—that they were putting New Mexicans out of jobs [and] creating a fire hazard. Working together is better than going in one direction all the way.

Alexis Johnson: I think that the government should not create a crisis and nor should they come and be the savior of that crisis. Many people in Farmington have been put out of jobs. And you’ll see in the morning paper that Farmington is experiencing a spike in suicide. You take people, and you put them out of jobs, and then you tell them that they’re going to be put on government assistance, and after that, you inhibit their ability to pursue life, liberty, and happiness, they have no ability to get a job.

Are we really making headway in our environmental carbon footprint? Or is this something that, as a U.S. congresswoman like myself, could implement foreign policy strategies with other countries such as China and India, and would that make a greater impact than putting the New Mexicans out of jobs? And now we see Farmington experiencing a spike in suicides.

It’s a travesty what’s being done here in New Mexico, by a far left, progressive takeover of the Democrat Party. As a child that grew up in a family that were Democrats, I’m here to say that New Mexico is going so far left and progressive that it is a scary state in New Mexico, when we cannot come to the table and work together for the betterment of New Mexicans.

I support a diverse portfolio that is comprised of not only sustainable energy sources and working together as an engineer to find out the best possible way of utilizing resources in a respectful manner, with the environment—but also working with other governments of other countries to make sure that we are being responsible and respectful to our environment.

Alexis Johnson: Water has always been paramount to New Mexico. In my career, I would work with farmers and ranchers and the energy industry to make sure that our water resources were clean and were available to all in the community.

I think we need to look into recycling water in our oil and gas industry. We also need to look at education in regard to conservation in our community. We live in an arid environment, and in a lot of areas, you’ll see there’s no rain. My family, we are ranchers out in Mescaro, in Harding County. We’ve had to sell all of our cattle this year because there hasn’t been any rain.

We need to come together as a community to educate on conservation, to make sure that we’re utilizing our water in the best way possible for our agricultural community. I fully support our efforts to preserve and protect our water resources and have it available for acequias and the rest of our entire community. My expertise brings to the table a unique skill set that would enable New Mexicans to prosper and utilize their resources in the best possible manner. That’s where I’ve dedicated my career to.

Alexis Johnson: The federal government has placed upon ranchers and farmers in northern New Mexico, such as Cuba—they’ve placed upon them an immense amount of regulation. I think this is a travesty for the farmer and the rancher that has cattle, and they’re trying to provide a livelihood for themselves and their children, and they cannot allow their cattle to graze properly and they can’t clear and manage the land, because there’s an extreme amount of brush and timber and debris. They’re not able to utilize their land as generations of New Mexicans have done in the past.

Instead of a top down, government-controlled situation, we need to work hand in hand at the community level and at a local and state level, and not have government edicts come down from the federal government telling New Mexicans how they should use their land, when they should use their land, how many cattle they should have, how many trees they cannot cut down. This is a travesty in New Mexico and it’s really subverting the traditional New Mexican way of life. When you go to Cuba and you ask the farmer, and the rancher, how many federal government rules they have to follow, they’re going to give you a list of seven different entities that they have to answer to. How can a New Mexican do business? The farm and ranch life is a very difficult life, and we should all have respect for them, and listen to the New Mexican voice. I do not promote extreme government control. I know that the gentleman and the women in New Mexico know how to utilize their land and keep it for their children and their children’s children.

Alexis Johnson: I’m a Hispanic woman with Native American ancestry and I fully promote the voice in Indian Country—that has been prominent in my entire campaign, from Navajo Nation to the Pueblo communities to our Jicarilla Apache nation. And we need to allow the Navajo Nation, the Jicarilla Apache and the Pueblos to determine how they will use their land for oil and gas ventures or any other type of energy production, as well as infrastructure. We need to allow them to receive investment and monies for doing business.

You’ll see in Indian Country you have so many rules and regulations and you’re not allowing the populace to have an economy, a capitalistic economy where there’s investment. In Indian Country, you cannot even get a loan for your home, let’s say, so that you can have a business.

The socialist ideas are not good for Indian Country, and they’re not good for New Mexico, or the greater U.S. When we utilize energy, we can do it in a respectful and responsible manner. We do not have to extract energy in or near any type of cultural site. I will always preserve and protect our cultural sites. And there are better engineering, resources, and design that we can go to—we have the most brilliant minds from New Mexico Tech, to UNM, to Los Alamos and Sandia Labs, and we can utilize our energy in a respectful manner and work together for the prosperity and health of New Mexicans.