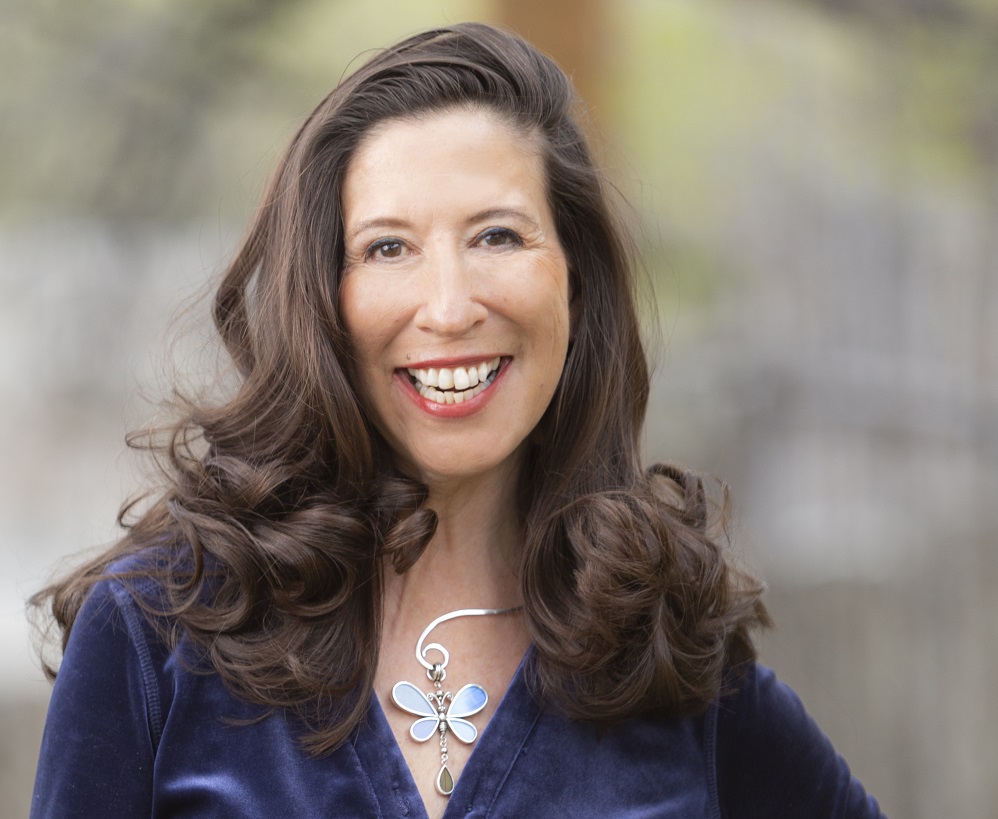 The following interview is with Teresa Leger Fernandez, a Democrat who is running for New Mexico’s Third Congressional District seat in the U.S. House of Representatives. The seat is currently held by U.S. Rep Ben Ray Luján. Luján is running for the open U.S. Senate seat.

Leger Fernandez runs the Santa Fe-based social impact law firm Leger Law and Strategy. She was appointed as vice chair to the federal Advisory Council on Historic Preservation under President Barack Obama’s administration. She was also appointed as a White House Fellow by President Bill Clinton. Leger Fernandez also served as a commissioner on the Las Acequias de Chupadero.

Leger Fernandez is running against Republican Alexis Johnson. You can read our interview with Johnson here.

Teresa Leger Fernandez: I like this question because it asks us to envision what we would like to see. I see windmills around the eastern part of our state generating electricity to serve both small communities as well as urban areas like Albuquerque and Santa Fe and beyond. I often talk about a Route 66 of solar, so that our wonderful sun and wind are able to fuel other parts of the country.

I see regenerative agriculture in our farmlands in northern New Mexico and in our pastures where our farmers and ranchers are not only staying on the land that they love and cultivating it and providing us with delicious local food—but also helping to save our planet, because we know that ranching and farming done right, under a regenerative model, helps capture carbon from the air.

We have our national labs, Sandia and Los Alamos, together with some of our amazing research universities at UNM, New Mexico Tech and NMSU, being part of the research and development to help us solve this climate crisis and to create the new kind of technologies we’re going to need to be able to store all of the beautiful sun and wind energy to be able to power the electric vehicles of the future. I see our skies being more beautiful than ever and the rains coming back as they should, that we have our monsoons back in August.

Teresa Leger Fernandez: At the federal level would be one of the cosponsors of the legislation that we’re already seeing introduced in the House, such as the Environmental Justice For All Act, which would acknowledge that all people have the right to clean air, water, etc; and that would say that we’re going to need to provide a fund for those communities that are most impacted. I’d be in support of the One Hundred Percent Clean Economy Act, which would say we’re going to invest in that transition from fossil fuels to wind and solar. To do that, we need to provide job training in the new industries, we need to assist the local governments and we need to have a special focus especially on those communities that have borne the brunt of the fossil fuel industry and the accompanying pollution. They have helped fuel our development to date. We need to recognize that they were part of important things that happened in terms of economic development and not forget them—which is why we need to now reinvest in those communities to do the job training. I want to see us manufacturing wind turbines. We do not have a wind turbine manufacturing facility in New Mexico—we should. These are the kinds of activities that we need to reinvest into in New Mexico. I think the federal government has a responsibility to invest in these communities as we transition, and I will be pushing that at the federal level.

Teresa Leger Fernandez: Some of the science and data that I’ve read places very dire consequences if we don’t address climate change. If you read the book by William duBuys, “A Great Aridness,” he summarizes a lot of that research, where they discuss that New Mexico may face a future of being like the Sonoran desert. The desertification of New Mexico is very scary, which is why I believe that addressing climate change and doing this transition is an urgent need.

I would support looking at those interstate compacts to determine how we can negotiate what they should look like given the changed rainfall and precipitation levels in New Mexico. I do believe that we need to invest in water delivery systems; throughout my district, we are looking at the need for clean water delivery systems, whether you’re in the Pojoaque Valley, whether you’re in Portales and Clovis, looking at what they need over there as the Ogallala aquifer is being depleted, to Gallup, where they also have need for water infrastructure. I do think the federal government needs to step in and look at how do we build out the water systems people need so that they get the water in the most efficient manner possible.

I also believe we need to undo Trump’s disastrous regulations that would eliminate protections for almost 90 percent of our waterways, as he’s done by undermining the Clean Water Act. We also need to invest in water-saving technologies through the USDA, so that our farming and ranching is done in a way that preserves as much as possible, and gets it to where it’s needed without a lot of waste. I do think we need to protect our traditional acequias. I am a member of two acequias and a former acequia commissioner and I know how important these communal waterways are for New Mexicans. I also want to point out that oil and gas drilling consumers millions of gallons of water, and the need to preserve a very scarce resource like water is another reason for transitioning away from new drilling because that water should be protected and used for agriculture.

Teresa Leger Fernandez: I would like to see the different federal agencies that have jurisdiction over different public lands come up with a unifying mission regarding those public lands. How our public lands are managed is in various different agencies, and those various different agencies, whether it be the Department of Interior which has BLM, to the USDA which has the Forest Service, [they] don’t always have a unified mission. And I think that mission should be that these lands are public, they are common good, they belong to every American citizen, and they must be protected into the future. This is one of our most valuable resources and we need to protect it into the future for all Americans, and for all people who live here—or come to visit. People are drawn to our beautiful natural beauty. And we need to recognize that we cannot have very short term gains and sacrifice our long-term values, whether it’s something like sacrificing the importance of Chaco Canyon to all of humanity for very short gains of a few oil and gas wells.

NMPR: How will you address the concerns of sovereign Indigenous nations over energy production and other activities on or near their lands?

Teresa Leger Fernandez: I have worked with sovereign Indigenous nations for 30 years

as their general counsel and special counsel and friend and I believe that they must have energy sovereignty for what happens on their land. I recognize and respect the manner in which they are stewards of their own land and need to decide for themselves and for their own people what should happen on their land. I also recognize that there has been decades of mining and other kinds of activity on their lands that have left an environmental legacy of health consequences and pollution and destruction. I think that we need to invest in the Superfund sites that exist throughout Navajo Nation, throughout Acoma, Laguna and many other areas. We need to clean up this legacy. I think we need to acknowledge that. I will be one of the supporters of reauthorizing and expanding RECA, because of the need to acknowledge the harm that atomic testing and uranium mining have done to these communities. And we need to support compensation for the victims of that. [RECA] doesn’t apply to those who were exposed to the atomic testing in New Mexico and it doesn’t apply to all the uranium workers.