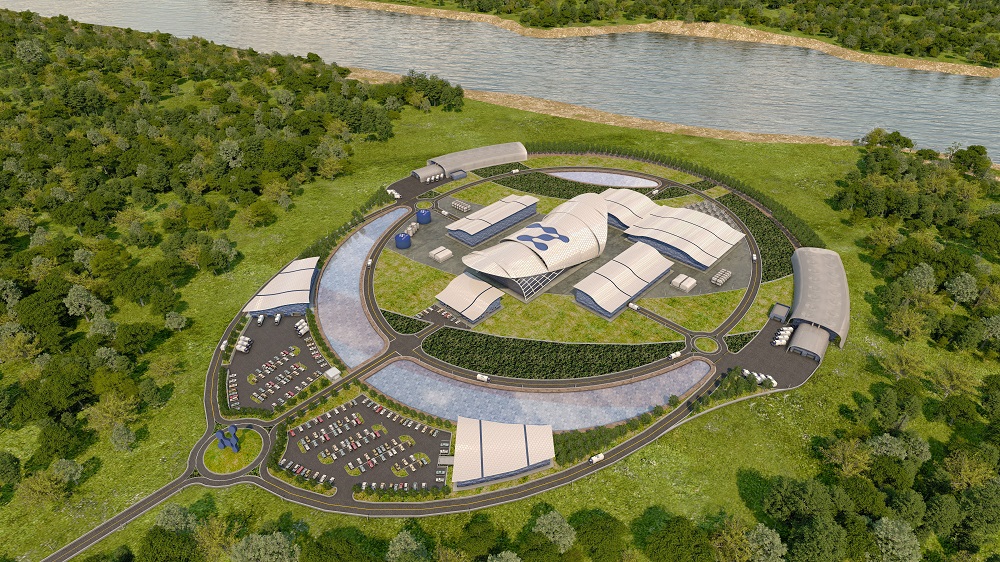 On one of the hottest days this summer, Los Alamos County nearly ran out of power.

The coal-fired San Juan Generating Station near Farmington unexpectedly went down, leaving the Los Alamos County Department of Public Utilities scrambling to make up the energy. Several other providers were unable to deliver power to the county for various reasons, including transmission line constraints.

All said and done, the county paid over a million dollars over a couple of days to keep the lights—and the air conditioning—on for its customers.

The San Juan Generating Station is coal-fired—considered the most “reliable” energy sources because it can deliver the same amount of power all day every day, as long as it has coal to burn. But as states increasingly adopt clean energy mandates, and more renewables come online, utility managers fear more incidents like this one may occur more frequently.

The electricity markets in the west are changing, and that could further strain the county’s access to reliable power. The department itself has a goal to source 100 percent of its electricity from carbon-free sources by 2040. So, the department is looking at nuclear as the next best thing to renewables: it doesn’t emit carbon while generating electricity, and it isn’t intermittent.

The county is participating in a project led by the Utah Association of Municipal Power Systems (UAMPS) to build a 720 megawatt small modular nuclear reactor facility designed by nuclear technology company NuScale and with funding from the U.S. Department of Energy.

Los Alamos County has been considering nuclear energy as a carbon emission-free power source since 2016, and formally signed a power sales contract with UAMPS in 2018.

Nuclear energy is a controversial source of carbon emission-free electricity for states and local governments that are transitioning away from fossil fuels. While nuclear reactors don’t emit carbon to produce electricity, they do generate highly-hazardous waste. And the U.S. is currently grappling with what to do with the billions of tons of nuclear waste that’s been generated by the 100 or so existing nuclear reactors spread across the U.S.

Nuclear power is also a more expensive source of power. Current market prices range from $120 to $189 per megawatt hour, according to some estimates. But the UAMPS project promises to deliver power to Los Alamos at just $55 per megawatt hour. And most important to the county’s utilities department, nuclear power is “firm power,” meaning it can be continuously generated.

Still, there’s a lot of unknowns about the project which has some wondering whether it’ll pan out as advertised.

UAMPS, which is a political subdivision of the state of Utah that provides wholesale electricity and transmission to electric coops throughout the West, is seeking to replace coal power with nuclear as a carbon-free alternative using a new reactor design.

The Carbon Free Power Project (CFPP) will see the country’s first small modular nuclear reactor facility built at the Idaho National Laboratory (INL). The project has a group of 35 members who have subscribed to power from the facility. Those early subscribers, including Los Alamos County’s Department of Public Utilities, are now paying some of the project development costs, while DOE funding will cover the rest.

Philo Shelton, Los Alamos Utilities Manager, said the group anticipates DOE to offer a funding award that’ll cover 80 percent of the costs moving forward into the project’s next phase. NuScale as the technology provider would pay another 5 percent and the members would pay the remaining 15 percent.

“The whole membership of UAMPS has a $19.9 million investment in the project,” Shelton said. “With that, all the members have a share of the project. Ours is $1,050,000, so we’re a little over 5 percent of the project.”

The reactor facility won’t come online fully until 2030, but once it’s built, it’s expected to have a lifespan of 60 years. Ideally, that would mean the department can rely on the facility to deliver firm power to the Los Alamos community for decades.

“Essentially we own an asset that can run for 60 years and we have power available to our community,” Shelton said.

Part of the project’s success will depend on hitting a targeted goal of delivering nuclear power at a more competitive price. While reliable, nuclear energy is today still the most expensive source of power generation.

“This project is right now programmed at $55 per megawatt hour to buy that power. That’s cost competitive with our coal resources,” Shelton said, adding that coal energy has increased in price due to emissions and environmental controls that are now required to be installed on those facilities.

Renewables such as wind and solar are still much cheaper per megawatt hour, but those sources need to be coupled with battery storage to be able to deliver power reliably, Shelton said.

“Your sun sets in the evening, and everyone comes home in the evening and they turn down their air conditioner or electric stove or whatever, and those solar resources are not available at that time. Wind is intermittent, so you need another source of power that’s available when you can dispatch it and call for it to be available,” Shelton said. “Right now, the cost for storage batteries is very expensive.”

And while the $55 price point is a crucial piece of the project’s feasibility, Shelton said, it’s not clear at this stage whether that goal will be met.

“As we go over the next three years in this design phase, we’ll have more certainty that we’ll know the cost of the project, and through that we can input those costs in the model and make sure we’re meeting $55 a megawatt hour,” Shelton said. “So, as the project develops, we’ll get more refinements and cost and, and hopefully less risk if we can get cost from suppliers locked in.”

UAMPS and its partners hope the project will usher in a new era for nuclear energy, which proponents argue can play a key role in the country’s wider pivot away from fossil fuels.

Steve Tobin, an engineer at the Los Alamos National Laboratory and a member of the county’s Board of Public Utilities, says nuclear has advantages over renewables.

“If you look at the various sources of energy right now, nuclear on the table, wind, solar—the overwhelmingly key advantage of nuclear is that it’s firm power,” Tobin said. “It’s clean power. And I think it is an important technology, with the caveat that every technology has flaws.”

For nuclear energy, one of those flaws is that it generates high-level nuclear waste.

“Not that I take that lightly,” Tobin said, “but it is an aspect of nuclear power that some people object to heavily. In aggregate, think that, because of climate change, it’s that negative is not so negative—or is worth accepting.”

A perk of this project, Tobin said, is that nuclear reactors will be built on federally-owned land, which Tobin said removes the threat of NIMBY-ism holding the project back.

“One of the problems with nuclear is that a certain fraction of the country is very against it,” Tobin said. “So, by putting it on Department of Energy land, they’ve kind of really minimized that. Idaho is kind of an ideal site for this.”

But others argue that the economics and complexity of nuclear reactors make them bad options for carbon-free generation.

Karl Cates, research editor at the Institute for Energy Economics and Financial Analysis, pointed to high costs and long timelines to build reactors.

“This is key—the timeline and build out problems, because it takes so long, years and years, to build them,” he said. “By the time those years have gone by, electricity markets will have changed so substantially, and the climate risk argument will continue to rise in prominence, and investors are distancing themselves from conventional electricity generation models.”

“It’s just going to get caught in a time warp,” Cates said, adding that nuclear reactors are “an increasingly anachronistic sort of technology.”

A bad deal for Los Alamos?

There are other aspects of the project that even has proponents of nuclear energy questioning whether Los Alamos County should proceed with its participation.

Tobin expressed concern that a public utility is being asked to kick in money to develop what is essentially an unproven reactor design for nuclear power delivered at an unusually-low price.

He added that, while the project has the backing of the DOE, it may not be a smart investment for the county.

“If everything goes well—we’ll pay money for 12 years and get no energy,” Tobin said. “That is astounding to me, because that sounds incredibly R&D-ish. There’s many other levels that are R&D-ish, but the timescale is just one thing.”

And some are skeptical of the $55 per megawatt hour price. An independent analysis commissioned by the county’s Department of Public Utilities found that solar and storage would offer a lower levelized cost of energy than the small modular reactor facility could, but that analysis was done for a price of $65 per megawatt hour. The targeted price for the nuclear project has since come down to $55 per megawatt hour, making the project more competitive with a solar and battery storage option. The Department of Public Utilities is pursuing both nuclear, solar and wind options to meet its carbon-neutral goal.

“I don’t think that $55 per megawatt hour will be a reality,” Tobin said. “My skepticism is based on the fact that this is one of a kind. And if you look at the nuclear power we have out there it’s double that price, and that’s after doing 400 some reactors worldwide. So how are we going to make it twice as cheap in the first shot?”

Inquiries about the $55 pricing were directed to UAMPS, who did not respond to NM Political Report’s requests for comment.

Los Alamos County has the option to either exit the project or alter its subscription at various milestones through the project timeline. At the last “off-ramp” opportunity in August, both the Board of Public Utilities and the Los Alamos County Council voted to stay in the project for now. The next off-ramp is in 2023.