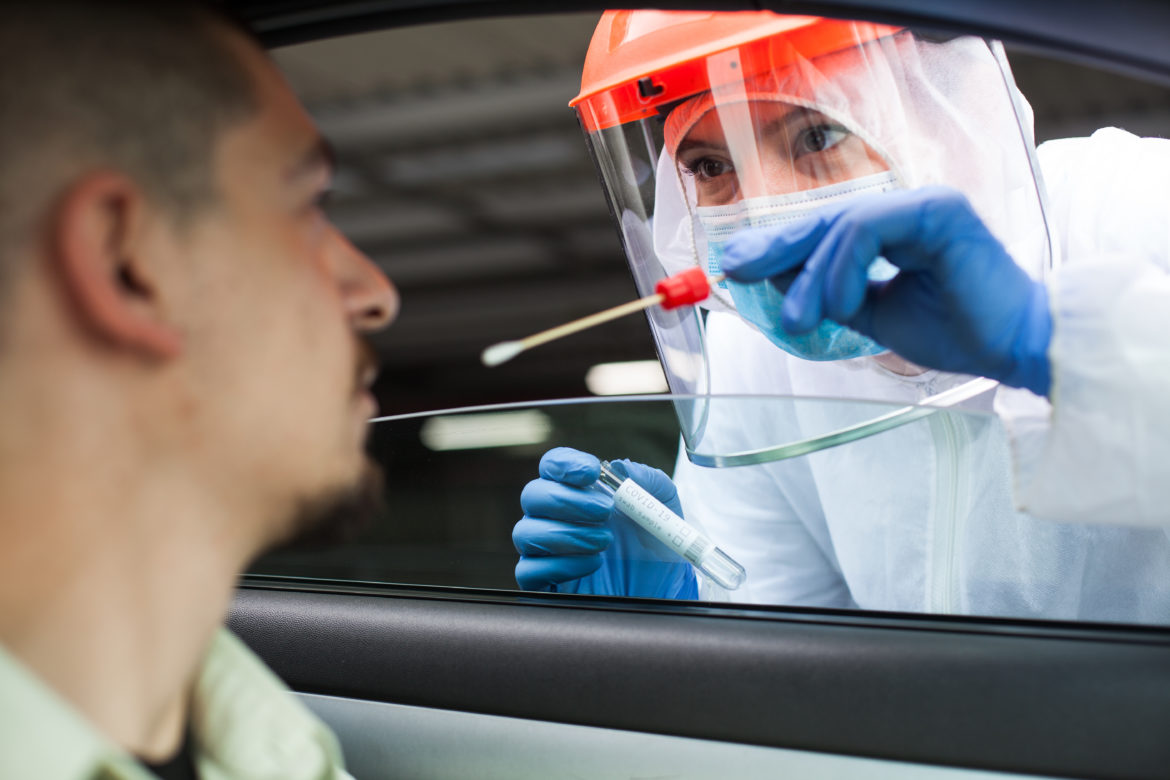 The state of New Mexico reported 672 new cases of COVID-19 on Thursday, once again shattering the previous record, which was set just a day before as the governor and health officials warned of uncontrollable spread of the disease.

Gov. Michelle Lujan Grisham called the numbers “not just alarming, but shocking” in a press conference on Thursday and said New Mexico is in “uncharted waters.”

She said the state had a positivity rate of 8.1 percent, the highest rate in the state since the earliest days of the pandemic.

Nearly half of the cases, 303, were from Bernalillo County, by far the highest number of cases in a single day in the state’s most-populous county. The previous record, 199, was set on Wednesday.

DOH also said that there were 11 cases among either inmates held for the state Corrections Department or among those held for federal agencies.

Additionally, the state found its first confirmed cases of the flu this year, a teenager living in southeast New Mexico.

DOH said the newly announced death was a female in her 70s from Luna County, who was hospitalized and had underlying medical conditions. As usual, the department did not disclose which medical conditions, only if one was present.

Lujan Grisham said the number of those hospitalized was up 74 percent so far this month, and that 21 of those currently hospitalized are on ventilators.

The number of those designated as recovered increased to 19,457, 330 more than reported on Wednesday.

The state coronavirus information page said 1,027,392 tests have been processed in the state as of Thursday. This is an increase of 8,363 since Wednesday.

DOH provided the number of newly confirmed cases by county, with those held by the state Department of Corrections or federal agencies separated from the counties in which the facilities are located.

Additionally, DOH provided the total number of cases by county, including those reported on Thursday.

DOH identified four previously reported cases as duplicates (one in each of Doña Ana, Eddy, Otero and Sandoval counties) and one case previously attributed to someone in Otero County as an individual being held by federal agencies at the Otero County Prison Facility. These have been corrected.

DOH has identified at least one positive COVID-19 case in residents and/or staff in the past 28 days at 43 long-term care facilities, one more than reported on Wednesday: