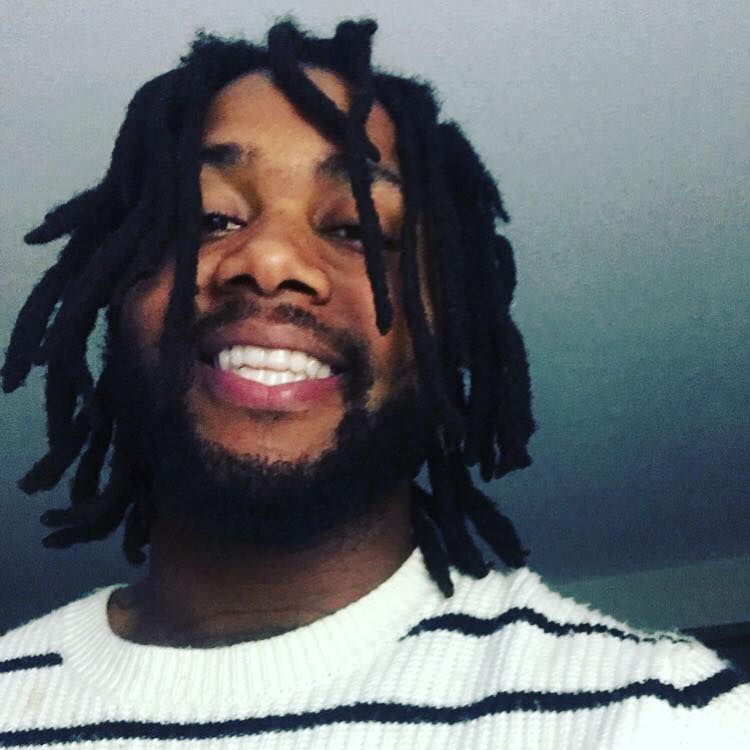 Rodney Applewhite, 25, was driving through New Mexico late last week on his way to Arizona to spend Thanksgiving with his mother and other family members.

Just outside of Los Lunas, on the last leg of a trip that started in South Bend, Indiana, a New Mexico State Police officer attempted to pull Applewhite over for what was described as a traffic stop. It was 8:32 a.m., a NMSP press release said. About 10 minutes later, two state troopers tried to arrest Applewhite. When an altercation occurred with the first officer, the second officer shot Applewhite, firing “at least one round,” the NMSP said. Applewhite, unarmed, died that day in the hospital.

“I can’t sleep, I can’t eat. I’m heartbroken,” Applewhite’s mother, Katrina Cox, said by phone. “Why is it always shoot to kill? Because he’s tall and he’s a black man?”

This story was written for and originally appeared on Searchlight New Mexico and is republished with permission.

Cox said she did not find out about her son’s death until nine hours after the Nov. 19 incident. At that point, Applewhite was overdue to arrive in Phoenix, and they were worried that he hadn’t answered their calls. When his aunt saw an online news report about a shooting on a New Mexico highway, she sent it to his sister and his mom.

“My aunt thought it couldn’t be him, because the man was dead and we hadn’t heard from the police,” said Baysia Cox, Applewhite’s sister. “But I knew it was Rodney when I saw that it was his car.”

At about 5 p.m. Applewhite’s mother called the NMSP but was told she needed to email them proof of her identification before they could speak with her. She did so, and then spoke to NMSP officer Charles Volk.

“I said, ‘Is that my son?’” Katrina said. Volk “asked for my information, and then he said, ‘Yes. He’s dead. He died at the hospital.’

Hoping for more information, Katrina called again on the morning of Nov. 20 and was told that the police would follow up with the family. But since then, they’ve heard nothing. As of press time, state police had not even released Applewhite’s name.

In a Nov. 24 email to Searchlight New Mexico, the NMSP said it had no new details to provide, adding that the incident was under investigation. Family members have been left with only the barest details offered in a press release.

“We just want the truth, and to know everything was done the correct way,” Baysia Cox said. “But we haven’t heard anything, and it just didn’t feel right to us.”

According to the press statement, Applewhite was driving his grey Chrysler 200 on the Manzano Expressway, a barren two-lane road east of I-25, when the first officer tried to pull him over. He fled and the state police pursued him, using tire-deflation devices to try to stop him. About seven minutes later, a dispatcher described his whereabouts and the two officers involved in the shooting incident found him standing outside the car. When they tried to take him into custody, Applewhite resisted arrest and grabbed one officer’s gun, the report said. The second officer shot and killed him.

Applewhite is the second Black American to be fatally shot by police in New Mexico in the past five years. The first, 40-year-old John Bailon, was also killed in Los Lunas — shot 12 times by Valencia County deputies in January 2018. Bailon’s estate brought a wrongful death suit against the county, which recently settled the case, said Philip Davis, a plaintiffs’ attorney in the proceeding.

Excessive use of force is a serious problem today in New Mexico law enforcement, as it always has been, Davis said. “If you ask communities of color, they’ll tell you it’s been bad for 100 years, or 300 years. We give officers an awesome amount of power to use force, and too often they abuse that force.”

There have been 114 fatal police shootings in New Mexico since 2015, according to a Washington Post database of police shooting deaths. Body cameras, which help document possible law enforcement abuses, were used in only 16 of those cases, the data show. (Searchlight New Mexico asked the NMSP for body camera recordings of the Applewhite shooting; an answer has not yet been received.)

Trying to change his life

Applewhite was on probation, stemming from an incident in 2015, when two of his friends robbed a drug dealer during a party, carrying an unloaded gun. Applewhite was waiting outside in the getaway car. At the time, he was in the National Guard and attending college at Indiana University South Bend.

“He knew he was on probation and just freaked out. You know, [with] police behind you. Anyone would freak out,” his mother said, referring to the disproportionate numbers of Black men who have been killed by police officers.

Since January of this year, Applewhite had been working two jobs — at a factory in Elkhart, Indiana, as well as at a Mexican restaurant, Hacienda, in Elkhart.

“He was just trying to figure out how he could change his life so he wouldn’t end up back in jail,” said Rhamon Mallard, a close friend of Applewhite’s.

“The thing that I really didn’t like about the police report,” Mallard added, “is that they didn’t want to put his name out there. But they did say that he was a criminal.”

Over Facebook, one of Applewhite’s Hacienda co-workers described how much she appreciated him, passing along a message she got from him when they first met. “I drive a forklift in Elkhart for a carpet company and I plan on doing online classes for accounting and finance because I’m really good with numbers,” Applewhite wrote her. “I like to play basketball and write poems on my free time. I’m a firm believer that beauty and riches comes within. LOL I’m an open but closed book.”

It was through Facebook and texts that Searchlight New Mexico learned about the shooting. This reporter grew up in South Bend and went to high school with Rodney, playing with him on the same football team. Rodney was a linebacker, a talented and hardworking athlete who was known for his cheerfulness. His dimples made it look like he was always about to smile.

Instead of celebrating Thanksgiving with him, Applewhite’s family is answering call after call from loved ones across the country, and organizing his funeral.

“I’ve lost my only sibling,” his sister said. “What am I supposed to be thankful for?”