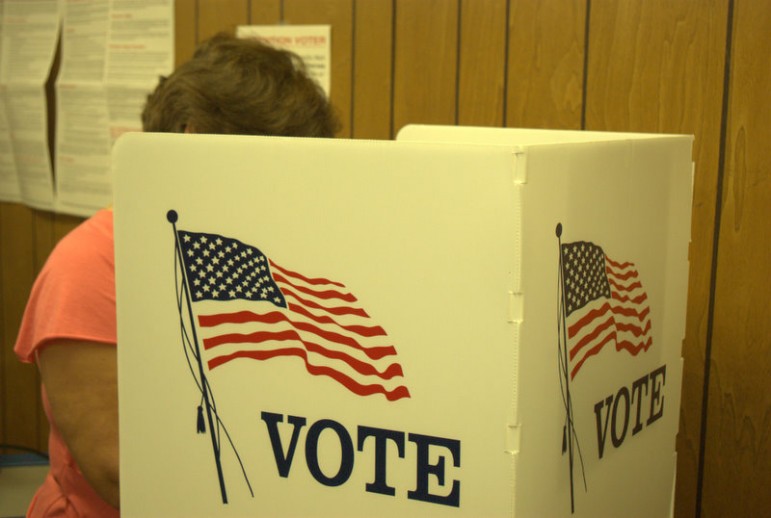 By Susan Dunlap | 20 hours ago

A new report from the University of New Mexico’s Department of Political Science indicates that voter confidence is higher in state and county elections while voters are more polarized in national elections. This and other findings were discussed during a virtual press conference on 2020 voting information. New Mexico Secretary of State Maggie Toulouse Oliver also said during the press conference that if the new voting rights bill is passed, the NMSOS office would expect to see an increase in civic engagement. Toulouse Oliver held the virtual press conference on Wednesday to discuss the results of the report, called 2020 New Mexico Election Administration, Voter Security, and Election Reform Report.

The state agency that provides legal representation for indigent defendants is drastically understaffed, according to a recently released study which says the Law Offices of the Public Defender needs 67 percent more lawyers that it has to provide “reasonably effective assistance of counsel” as guaranteed by the U.S. Constitution. That’s 602 more attorneys — more than double the 295 the agency currently has.

“It frightening,” Public Defender Commission Chairman Thomas J. Clear III told House Appropriations and Finance Committee members Friday. “I have warned it is a problem that is going to cost this state a lot of money, and this report verifies it.  “I applaud our attorneys …[who] handle these cases, but quite frankly, the defendants aren’t receiving any kind of quality representation systemically,” he added. Completed by the American Bar Association Standing Committee on Legal Aid and Indigent Defense, the study is an outgrowth of a 2016 crisis within the state agency.

The Republican Party of New Mexico and six other plaintiffs filed a lawsuit Friday in the 5th Judicial District Court alleging a new map of the state’s three congressional districts, approved last month by the heavily Democratic Legislature, is “a political gerrymander” that weakens the voting power of residents in southeastern communities. The suit says legislators “ran roughshod” over traditional redistricting methods to give Democrats an advantage. Communities of interest were split around the state, according to the suit, but particularly in the southeast, long a Republican stronghold. “Fracturing these communities of interesting drastically cracks — and thereby dilutes — a significant block of registered Republicans,” the complaint says. It names Gov. Michelle Lujan Grisham, Senate President Pro Tem Mimi Stewart and House Speaker Brian Egolf, all Democrats, as defendants.

It has become a cycle of despair for low-income residents with poor credit scores: They take out a high-interest installment loan to tide them over in tough times and soon accumulate an unmanageable load. They pay off old debt with new loans at rates of up 175 percent. For years, state lawmakers have unsuccessfully tried to introduce legislation capping the interest rate for such loans at 36 percent. Their efforts have failed repeatedly. An attempt last year to forge a compromise — with a 99 percent cap on the smallest loans, of up to $1,100, and 36 percent on higher amounts — stalled in the House of Representatives.

In addition to high-profile efforts to improve public safety and education, Gov. Michelle Lujan Grisham has called on lawmakers to address cannabis during the 30-day legislative session.

Lujan Grisham issued a message on Thursday afternoon, authorizing lawmakers to add changes to the Cannabis Regulation Act to the legislative agenda.

The governor’s message pertains to SB 100, which is sponsored by state Sen. Linda Lopez, D-Albuquerque. The bill, if passed, would increase production limits for cannabis microbusinesses, allow state regulators to require education requirements for cannabis servers, allow liquor license holders to also obtain a cannabis business license and allow some cannabis businesses to employ workers who are under 21, but over 18 years of age, as well as other changes to the law.

The state’s Cannabis Control Division announced earlier this week that it planned to work with the governor and lawmakers to increase plant limits for cannabis microbusinesses as a way to combat expected shortages in April when sales are expected to begin. The division also announced an emergency rule change for non-microbusinesses, but production limits for smaller operations are written into statute. SB 100 proposes to increase plant limits for microbusinesses from 200 to 1,000 mature plants. The bill would also allow cannabis businesses that previously only sold medical cannabis to employ workers who are 18 years of age.