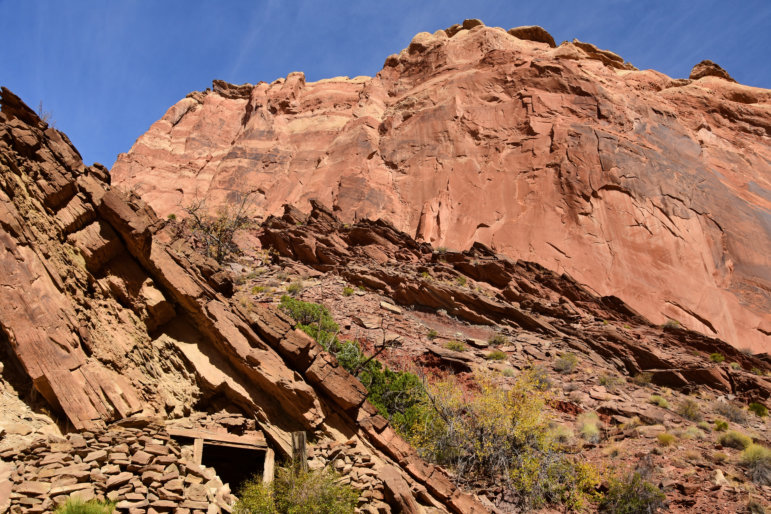 By Hannah Grover | 2 hours ago

With historic uranium mine sites already polluting communities, members of the Navajo Nation have been fighting for 27 years to stop a new mining initiative from starting in the Crownpoint and Church Rock areas. On Thursday, the Eastern Navajo Diné Against Uranium Mining took that fight to the Inter-American Commission on Human Rights, arguing that the United States and the Nuclear Regulatory Commission’s approval of Hydro Resources Inc. mines violated the human rights of Navajo Nation residents. “For far too long, our Indigenous communities have borne the brunt of environmental racism and of environmental harms,” said Virginia Neochea, the executive director of New Mexico Environmental Law Center, which is representing ENDAUM. “For decades have Indigenous families and communities been targeted for the intentional siting of polluting industries.

5th US Court of Appeals

While Texas abortion ban yo-yos in courts, one provider talks about the effects

As Texas abortion rights yo-yo in the courts, one Planned Parenthood doctor said the volume in patients coming from Texas has not changed. Last week a federal Texas judge placed a temporary injunction on SB 8, the Texas law that bans abortion at six weeks, at the U.S. Department of Justice’s request. The DOJ is suing Texas over the law. But within 48 hours after the injunction, the 5th US Court of Appeals overturned the lower court’s injunction, making abortion illegal in the state of Texas, again, after six weeks gestation. According to national media, the DOJ has appealed and is asking the courts to reconsider placing an injunction on the ban.

Native American groups have been protesting fossil fuel production this week in Washington, D.C., in order to help shine a light on the connection between fossil fuel extraction and violence against Native women. Members of the New Mexico Coalition to Stop Violence Against Native Women (CSVANW) traveled to participate in the protest that began on Indigenous People’s Day in front of the White House to demand that President Joe Biden declare a climate emergency and end fossil fuel production. Many Native leaders from around the country are participating in the week-long protest. Angel Charley, Laguna Pueblo and executive director of CSVANW, told NM Political Report from the nation’s capital that “we don’t necessarily think of extractive industries as a violence against women issue.”

For the first time ever, the political redistricting process in New Mexico will start with recommendations from a citizen redistricting committee. While the final say ultimately lies with the state Legislature, the newly formed citizen committee is set to finalize their suggestions this week.

After a long series of meetings throughout the state where committee members heard testimony from the public, the committee will be tasked with deciding which of more than a dozen maps will best account for population change, while also considering tribal communities.

The maps that were presented to the public during the committee’s meetings vary, but the ultimate goal is to draw political districts to better represent changes in populations in the last ten years.

Lea County, for example, is currently split between two state House districts, but in nearly every concept the redistricting committee is considering, Lea County would have at least one full district within its boundaries because of its population growth.

The redistricting committee will choose from a number of options for state Senate, state House, congressional and state Public Education Districts. All of those categories have a handful of proposals, some from community advocacy groups.

Supporters of hydrogen power say it can create good-paying jobs while also providing zero-emission energy, but some environmental advocacy groups are concerned about a proposal to create a hydrogen hub in New Mexico. These advocates say the use of fossil fuels to create hydrogen could lead to further emissions from natural gas extraction and could distract from the need to transition to renewable energy sources. About 30 groups sent a letter to New Mexico leaders expressing those concerns. “New Mexico must prioritize comprehensive, durable, and enforceable climate legislation to light the pathway to a thriving, resilient New Mexico that benefits all of New Mexico’s workers and families,” said Erik Schlenker-Goodrich, executive director of the Western Environmental Law Center, in a statement. “We don’t need a distraction that involves risky bets of taxpayer resources that serves to further entrench the power of fossil fuel corporations.”

Groundwater provides an important source of irrigation for farmers in southern New Mexico, but Texas alleges that New Mexico’s use of groundwater below Elephant Butte reservoir has reduced surface water in the Rio Grande that is available for farmers downstream.

Texas filed a lawsuit in 2013 before the U.S. Supreme Court alleging that New Mexico has violated the Rio Grande Compact. This week, special master Judge Michael Melloy heard witness testimony and opening arguments during the first week of a virtual trial. Melloy is tasked with compiling a report for the U.S. Supreme Court. The virtual section of the trial will be followed by an in-person section in the spring in Cedar Rapids, Iowa in March.

The United States has intervened in the case, arguing that New Mexico has failed to administer the groundwater use and that failure threatens not only the compact but also the 1906 treaty agreement with Mexico. This treaty requires the United States to provide Mexico with up to 60,000 acre-feet of water annually.