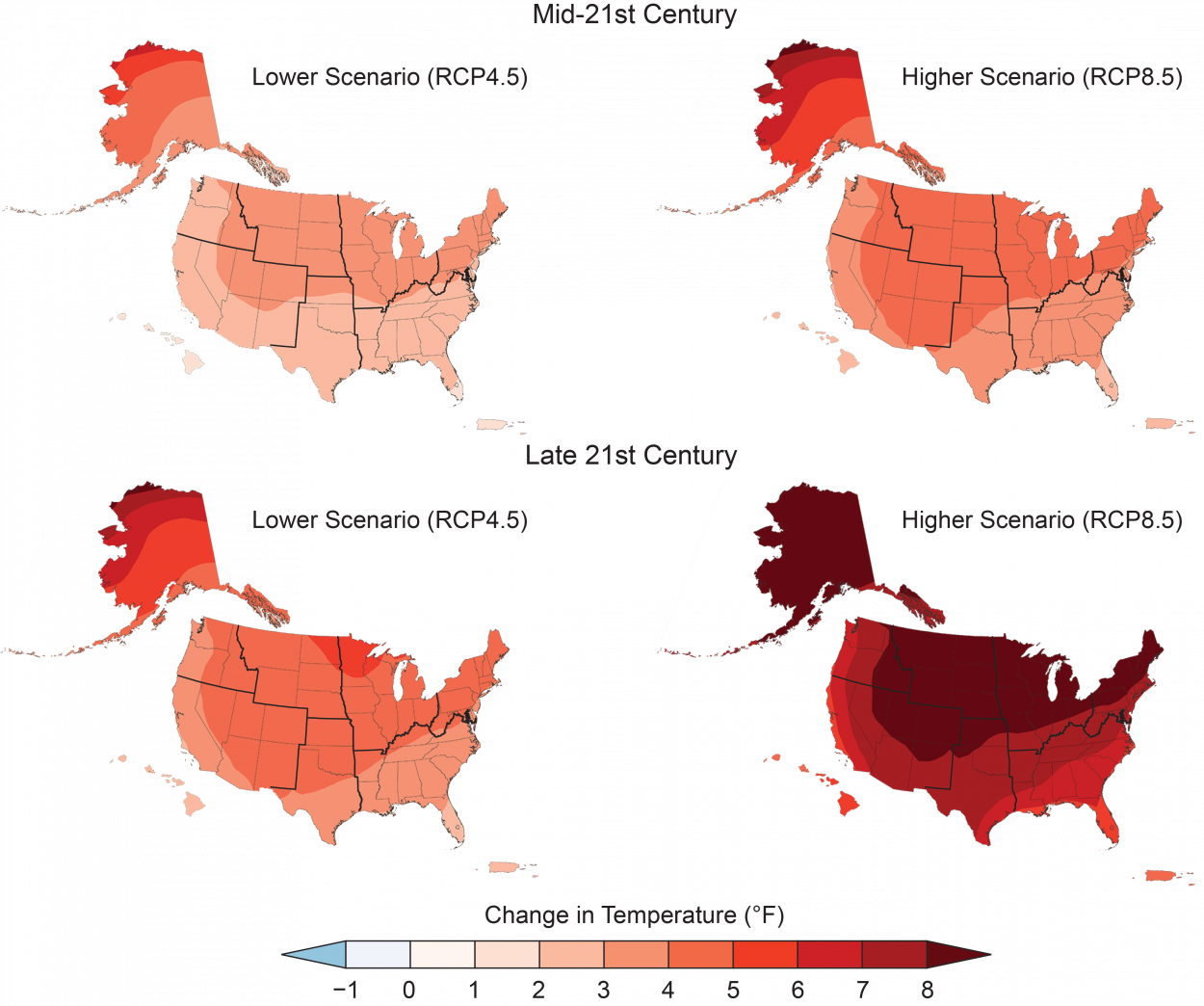 From the Fourth National Climate Assessment: Annual average temperatures across the United States are projected to increase over this century, with greater changes at higher latitudes as compared to lower latitudes, and under a higher scenario (RCP8.5; right) than under a lower one (RCP4.5; left). This figure shows projected differences in annual average temperatures for mid-century (2036–2065; top) and end of century (2071–2100; bottom) relative to the near present (1986–2015). From Figure 2.4, Ch. 2: Climate (Source: adapted from Vose et al. 2017).