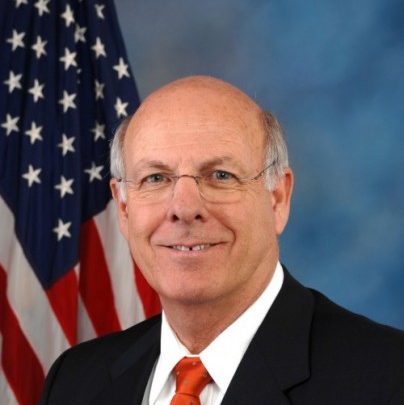 It normally isn’t a story when a Republican votes for a Republican to lead the chamber (or, for that matter, when Democrat votes for a Democrat). However, the Ohio Republican faced down the largest defection against a Speaker by his own party in 150 years.

Pearce not only voted against Boehner in 2013, he later called it his most popular vote ever. Pearce backed Eric Cantor in that vote.

Pearce explained his decision to vote for Boehner to lead the House in a statement sent on Tuesday afternoon.

“After the November elections, the newly elected members of the Republican House met in the Capitol to discuss the priorities and leadership for the Congress to come,” Pearce said. “In a private meeting, outside the gaze of the cameras and the related posturing for publicity, not a single Member of the House challenged John Boehner for Speaker and he was re-elected without opposition.”

“I will fight the hard fight. Two years ago, I was in the middle of the fight to change leadership in the House. I was one of 8 Members who voted against John Boehner for Speaker,” Pearce continued. “That effort to change Speakers failed.”

This year, 25 Republicans voted against Boehner for Speaker. Two even voted for members of the U.S. Senate (the Speaker of the House does not have to be a member of the House).

It was perhaps for the best that Pearce did not participate in the “posturing for publicity” that two dozen of his colleagues did and vote against Boehner. Two of the Republicans who voted for opponents of Boehner were removed from the House Rules Committee.

This prompted a response from Ted Yoho, R-Fla., a frequent critic of Boehner.

Ted Yoho, R-Fla., who also ran for speaker Tuesday, called it “a sad day for American politics” and “something I would assume Vladimir Putin would do.”

Yoho then stepped on an elevator with other members and began relaying the news about Webster and Nugent with, “Hey, welcome to the new USSR.”

Reps. Ben Ray Lujan and Michelle Lujan Grisham, both Democrats, voted along with the majority of Democrats for Nancy Pelosi for Speaker.

Five Democrats voted for candidates other than Pelosi.