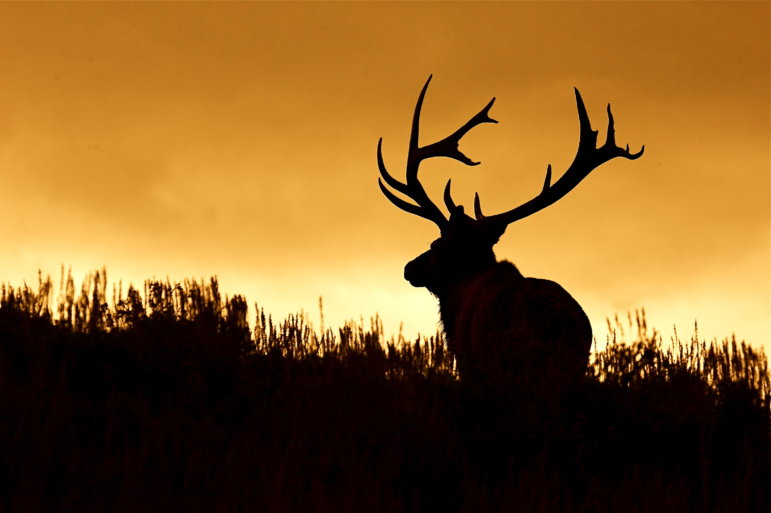 When a moose wandered into New Mexico in September, someone shot it near Bloomfield and left it to die. Ultimately, an officer from the New Mexico Department of Game and Fish had to kill the bull as it was unable to be saved. Poaching is not uncommon in New Mexico and this can not only impact wildlife populations but also is considered a form of theft.

Illegally killing wildlife takes away from all New Mexicans, including responsible hunters and anglers, according to department spokeswoman Tristanna Bickford. “There’s also an impact for people who just enjoy seeing wildlife, whether you’re taking a drive through the calderas and see a herd of elk or, you know here on Santa Fe, we have quite a few animals that you can see right on the fringes of town,” she said.

Climate Summit discussions include equitable transition away from fossil fuels

By Hannah Grover | 8 hours ago

The impacts of climate change are disproportionately felt by low-income and minority communities—and those same people could be left behind as the state works to combat this crisis if equity is not placed at the center of conversations, according to panelists who spoke during the 2021 Climate Summit in Santa Fe this week. Low-income and minority communities also form a large portion of the fossil fuel work force, where they face low wages, long working hours and dangerous conditions, as highlighted by members of the group Somos Un Pueblo Unido who have family members working in the oil fields near Hobbs. During a panel discussion on Tuesday, they described 15-hour work days, including during extreme heat, that leaves workers exhausted. But, at the same time, the low-wages mean they are living from paycheck to paycheck. Low-income households tend to face a greater energy burden, meaning more of their earnings go to paying utility bills than other households.

Oklahoma anti-abortion laws could add to strain on NM clinics

The U.S. Supreme Court announced on Friday it would hear oral arguments regarding a restrictive Texas anti-abortion law on Nov. 1. But, on the same date, Oklahoma is expected to enact three highly restriction abortion laws. The laws are medically unnecessary, Adrienne Mansanares, chief experience officer of Planned Parenthood of the Rocky Mountains, told NM Political Report. Reproductive rights groups have sued Oklahoma and, while a judge struck down two of the original five anti-abortion laws earlier in October, the courts are still considering the other three under appeal.

With historic uranium mine sites already polluting communities, members of the Navajo Nation have been fighting for 27 years to stop a new mining initiative from starting in the Crownpoint and Church Rock areas. On Thursday, the Eastern Navajo Diné Against Uranium Mining took that fight to the Inter-American Commission on Human Rights, arguing that the United States and the Nuclear Regulatory Commission’s approval of Hydro Resources Inc. mines violated the human rights of Navajo Nation residents. “For far too long, our Indigenous communities have borne the brunt of environmental racism and of environmental harms,” said Virginia Neochea, the executive director of New Mexico Environmental Law Center, which is representing ENDAUM. “For decades have Indigenous families and communities been targeted for the intentional siting of polluting industries. This intentional and inequitable siting has resulted in direct harm to the community as well as their health, their traditions, and it has violated their fundamental human rights to clean air, land and water, fundamental human rights that we’re all entitled to.”

ENDAUM petitioned the Inter-American Commission on Human Rights in March and the commission admitted the case, allowing ENDAUM to file additional observations on the merits of the case this week.

With less than a year left before San Juan Generating Station’s scheduled closure, San Juan County officials are concerned that the facility could become an eyesore if it is retired in place rather than immediately demolished. In the past, the plant’s majority owner, Public Service Company of New Mexico, has said retirement in place—which means making the facility safe and fencing it off but not demolishing it—would save customers money. If the owners choose to go that route, it could be decades before the facility is demolished. But an ordinance that the San Juan County Commission is expected to adopt would require demolition of coal-fired power plants upon closure. The commission approved publishing a notice of intent to adopt the ordinance during its Tuesday meeting and a final vote on the measure is scheduled for Nov.

A newly launched initiative seeks to reform wildlife management not only in New Mexico, but across the nation. Wildlife for All is a campaign from the Southwest Environmental Center, which is based in Las Cruces. The advocates behind the effort say the current system of managing wildlife places too much emphasis on hunting and fishing and not enough emphasis on conserving biodiversity. While Wildlife for All emphasizes that it is not anti-hunting, it maintains that wildlife is a public trust for everyone, including people who don’t hunt or fish, and that it should be managed as such. The idea of wildlife management reform is not new.