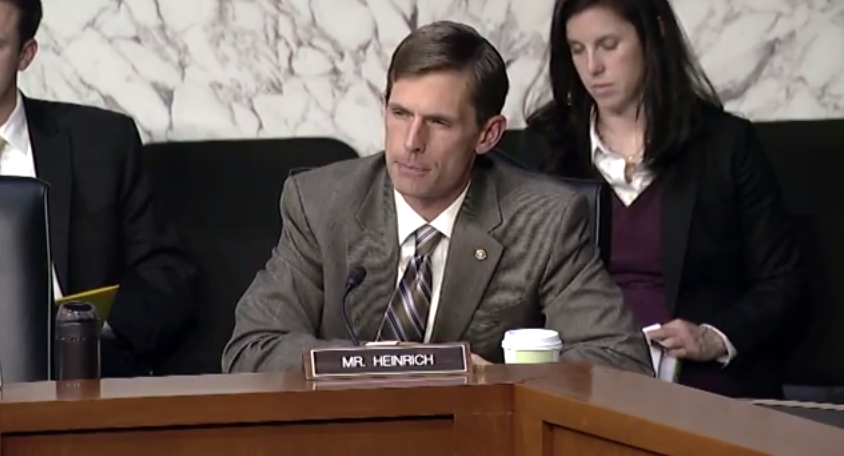 U.S. Sen. Martin Heinrich, D-N.M., urged the Obama administration to end the practice of surveilling Americans in the name of national defense.

In a press release, Heinrich called the current policy of collecting phone records “overly broad” and said there is little evidence of the program making the country safer.

“The NSA’s bulk phone records program is a major invasion of Americans privacy and has done little if anything to further the fight against terrorism,” Heinrich said. “We can and must balance the government’s need to keep our nation safe with protecting our constitutional rights.”

The senator’s statement came just after the Second Circuit Court of Appeals ruled on Thursday that the section of the Patriot Act that allows the collection of phone records by the federal government is illegal.

The court did not call for a repeal of the section they said was in violation of the law as the Patriot Act is set to expire on June 1.

In his release, Heinrich said there is a faction of Republicans that are pushing for a time extension for the law.

New Mexico’s only Republican delegate, Rep. Steve Pearce could not immediately be reached for comment, but in statement from 2013, Pearce said, “I have long called on Congress, the American people, and this administration to demand better of its agencies.  The federal government MUST be held accountable for its actions.”

According to the release, Heinrich and a “bipartisan coalition in Congress” will attempt to stop the extension of the Patriot Act.

Heinrich has long opposed government surveillance, back to his first run for Congress in 2008. Heinrich sits on the Senate Select Committee on Intelligence.