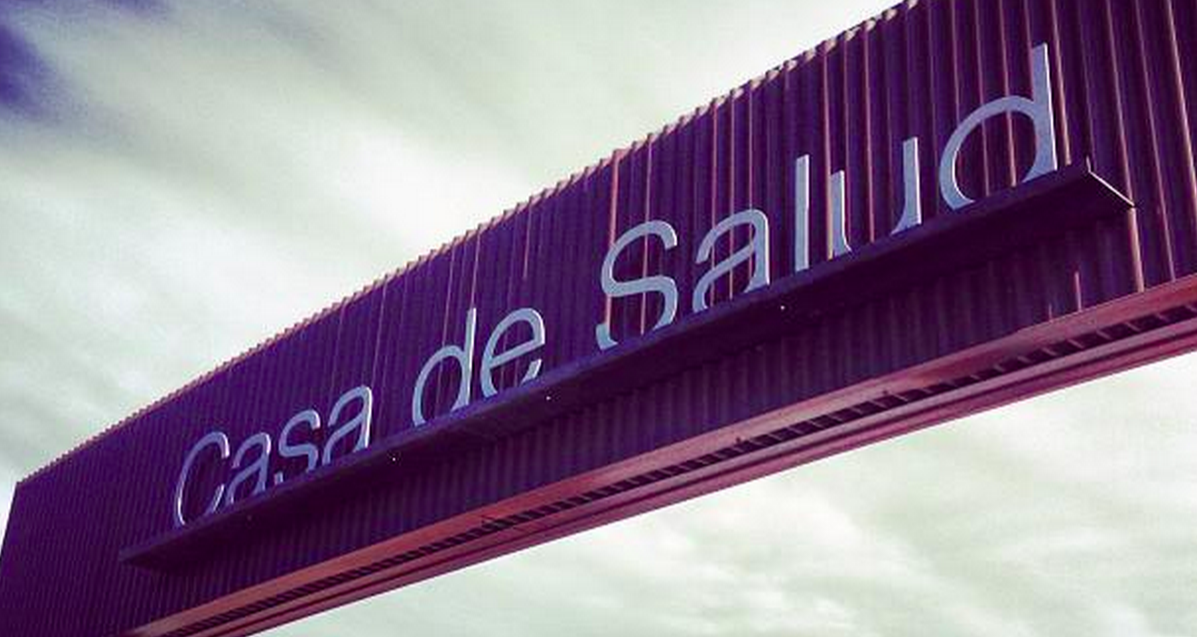 On the corner of a busy intersection in Albuquerque’s South Valley sits Casa de Salud, a building partially hidden from the street’s view that, for many, is a source of affordable medical care.

The health care clinic offers a number of medical services for roughly $40 a visit.

But a shakeup between the clinic and its governing board resulted in the ouster of a senior physician.

Earlier this month, the Justice, Access, Support and Solutions for Health (JAZZ for Health) issued the clinic’s former executive director Dr. Andru Zeller a letter terminating his job and barring him from the building’s premises. JAZZ for Health acts as Casa de Salud’s fiscal agent.

The letter to Zeller, a cofounder of Casa de Salud, did not go into detail on why his employment was terminated, but a document obtained by New Mexico Political Report shows that Zeller withdrew $30,000, in the form of a check, from the board’s bank account to be issued to The Human Body Shop. The $30,000 accounted for roughly 30 percent of the board’s bank balance at that time.

The JAZZ for Health Board is still not explaining the reason for Zeller’s termination. Board President Corrine Gutierrez, in an email to New Mexico Political Report, made a statement on behalf of the board.

The Board of Directors of JAZZ for Health has ended its relationship and affiliation with Dr. Andru Zeller.  At this time, I am not at liberty to discuss the internal reasons for the separation, but I can assure that the relationship ended for reasons that are unrelated to the quality of care that Dr. Zeller provided to patients at Casa de Salud. The Board of Directors of JAZZ for Health remain fully committed to its mission and tradition of providing quality health care to indigent and low-income patients in the South Valley.

Zeller’s attorney, J. Edward Hollington, told New Mexico Political Report he didn’t know why Zeller was fired but defended the $30,000 check by saying it was intended to retain some operational funds for the clinic. Hollington added that the recipient of the check is a new not-for-profit organization started by Zeller to be the new fiscal agent for the clinic.

When New Mexico Political Report discovered the bank receipt, dated May 21, The Human Body Shop still wasn’t registered as a corporation on the New Mexico Secretary of State’s website. On Tuesday, Hollington confirmed the new nonprofit wasn’t yet registered, but said paperwork had been filed that day.

Eleven Years in the Making

Zeller and other practitioners created Casa de Salud in 2004 as a way to offer inexpensive health care options to those who might not be able to afford or obtain insurance.

Over the years, The New York Times, the Albuquerque Journal and the Weekly Alibi profiled Zeller and Casa de Salud’s work regarding the clinic’s ability to treat patients who often do not speak English as their first language and may not be in the country with a legal status.

In a 2011 article from Albuquerque Business First about an expansion of the clinic, the paper wrote

Since 2004, Casa de Salud has offered conventional and alternative health care procedures to anyone in need. There is a $30 base fee per visit, with additional charges for specific procedures and laboratory work. The organization also offers needle exchange and tattoo removal programs. No insurance is accepted, and according to senior staff member and public relations representative Zane Maroney, no one is turned away because of lack of funds.

The clinic, according to its website, began in a humble two bedroom house and offered alternative healing methods and medical consultation.

Over the years, the clinic grew, moved to a different building and now sees about 1,000 clients a month and is now located near a busy Albuquerque intersection in the South Valley. The clinic later expanded services to drug addiction treatment and laser tattoo removal.

A second chance at life

While investigating Casa de Salud and Zeller, New Mexico Political Report spoke to a number of current and former staff members who wouldn’t comment on the record because of fears of retaliation. One woman, however, described witnessing improprieties in Zeller’s business practices.

Dawn Maestas runs a laser tattoo removal business, specializing in the removal of ink that is related to domestic violence. In 2013, Maestas told NPR’s Storycorp that many women are forced to get tattoos from their abusers as a way to claim them as property.

Once a victim of abuse herself, Maestas went to school to learn the science of tattoo removal to help other victims looking to put their past behind them.

She said she first met Zeller when he was her doctor and a resident at University of New Mexico Hospital.

“I would go in and I had post traumatic stress disorder stuff from the domestic violence,” Maestas said in a phone interview.

Maestas said she lost touch with Zeller when she moved away from New Mexico, but reconnected with him after she finished tattoo removal school.

“I myself went to laser tattoo removal school and wanted to open up my own business, so I approached Andru on either partnering with me or letting me rent a room at the clinic,” she said.

Soon, Zeller and Maestas were partners in Lazarus Laser Center, which operated from the Casa de Salud building.

Maestas said she chose the name Lazarus in reference to the biblical story of Lazarus of Bethany, who, in the Gospel of John, was resurrected from death by Jesus. Maestas said it alluded to the fact that she and other abused women were getting a second chance at life.

She said the business relationship worked at first, but over time, tension between the two led to a personal and professional falling out.

During her time working with Zeller, Maestas received media attention for her work with abused women, appearing on NPR, and in New York Magazine. She said Zeller was concerned about the future success of Lazarus after national media attention and asked for compensation for Maestas to keep the name. That’s when Maestas said she decided to “kill” the name.

The beginning of the end

Zeller declined to comment about his termination and referred questions to his lawyer.

Hollington denies any wrongdoing by Zeller, maintaining that his client’s first concern has always been with patients.

Hollington said he still isn’t sure why the board fired Zeller, arguing that it is acting unfairly, especially considering Zeller’s long history with Casa de Salud.

“This is what is just astounding about what they’ve done here to the person who actually started this whole program for delivering health care to the underserved that are in our county,” Holington said.

As for the $30,000 check made to The Human Body Shop, Hollington said Zeller’s intention was to secure funds for a new board of directors that would replace JAZZ for Health as the clinic’s fiscal agent.

“What Dr. Zeller did was basically anticipate about a month’s worth of operating expenses and, it’s very important to note, by JAZZ for Health’s bylaws he had complete access to that account,” Hollington added.

The idea for a new board dates back to a JAZZ for Health meeting on May 21 that took place roughly six hours after Zeller wrote the $30,000 check.

At the meeting, which New Mexico Political Report attended, board president Corrine Gutierrez challenged whether the separation was legal.

Referring to a separation notice delivered to the board earlier that day, Zeller countered: “It was a legal document that was delivered to you that says we acknowledge we are separated as of today.”

Gutierrez held her position that the separation couldn’t take place without a legal opinion from a lawyer.

“I don’t even think that process needs to begin at this point,” Gutierrez argued.

“I hear you saying that as an individual and as a board president, but I’m just not sure,” Zeller said. “I personally hope we don’t have to get a bunch of lawyers because it’s expensive. If we can just figure out how to separate as humans and recognize that this relationship didn’t work.”

Hopes for a resolution

Hollington said he is confident the situation between Zeller and JAZZ for Health will be worked out “sooner than later.” He said he’s been in contact with the lawyer for JAZZ for Health and hopes they can come to an agreement.

“[Zeller] is holding it and has not deposited it anywhere until we get these issues resolved,” Holington said.

Hollington said that Zeller’s primary focus is to have access to patients’ records and continue serving them.

“I don’t think they understand how serious this is,” he said.

JAZZ for Health is remaining tight-lipped on the whole situation, though it provided a second statement about the clinic’s current operations.

When asked how Casa de Salud was handling Zeller’s departure, the board said in a statement:

JAZZ for Health is dedicated to supporting Casa de Salud to realize its mission of serving the most resilient families in the South Valley using integrative medicinal practices.  We are currently recruiting MDs, NPs, and PAs who have a sincere desire to provide dignity-based care and same-day medical services. However, we cannot comment on specific personnel matters.

As of press time, Casa de Salud is still accepting patients at the clinic.