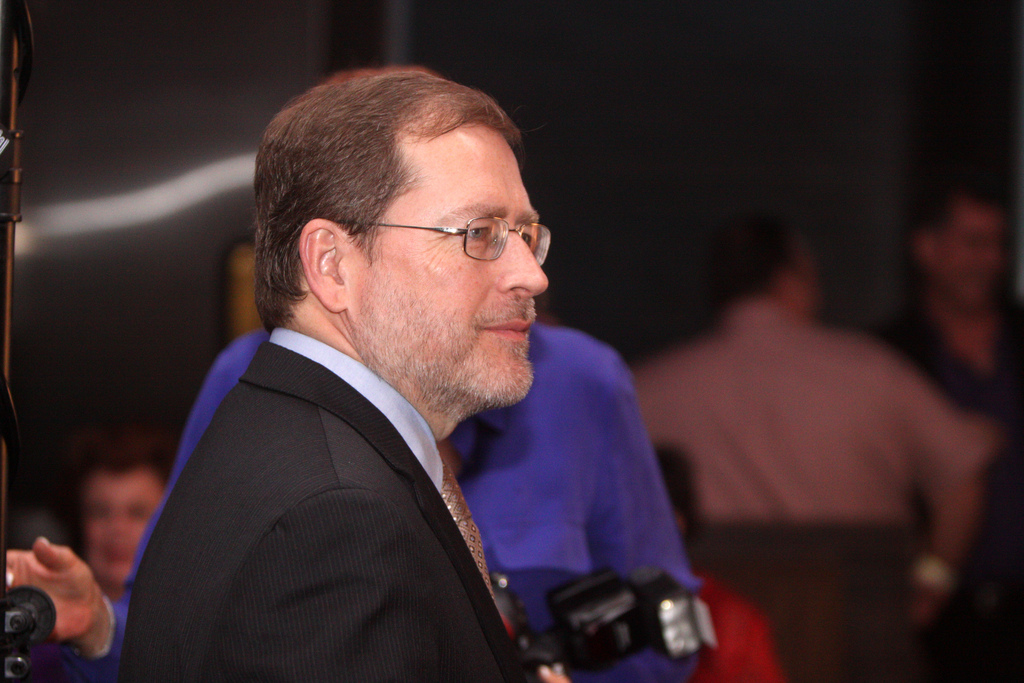 Grover Norquist speaking at a "Politics on the Rocks" event in Scottsdale, Arizona in 2012. Photo Credit: Gage Skidmore cc

Grover Norquist speaking at a “Politics on the Rocks” event in Scottsdale, Arizona in 2012.
Photo Credit: Gage Skidmore cc

Albuquerque mayor Richard Berry was also scheduled to be in New York City.

While at the Yale School of Management CEO Summit/Mayors College, the mayors in attendance listened to several speakers, from Oklahoma City mayor Mick Cornett to Fortune editor-in-chief Alan Murray. Also at the summit is anti-tax icon Grover Norquist.

Gonzales, a former Democratic Party of New Mexico chair, does not agree with Norquist on much.

Showing that, unlike many public officials and public figures, Gonzales actually runs his own social media accounts, Gonzales showed his unhappiness with Norquist’s “rhetoric.”

Mind boggling to see the rhetoric up close!

Gonzales, it appears, successfully fought the urge to yell.

Other speakers received a better reception from Gonzales.

Quote of the day. @SecretaryFoxx "Mayors are constructively impatient".

As of now, Richard Berry hasn’t tweeted anything about the summit.

There has been no #selfiewiththemayor with Gonzales and Norquist.