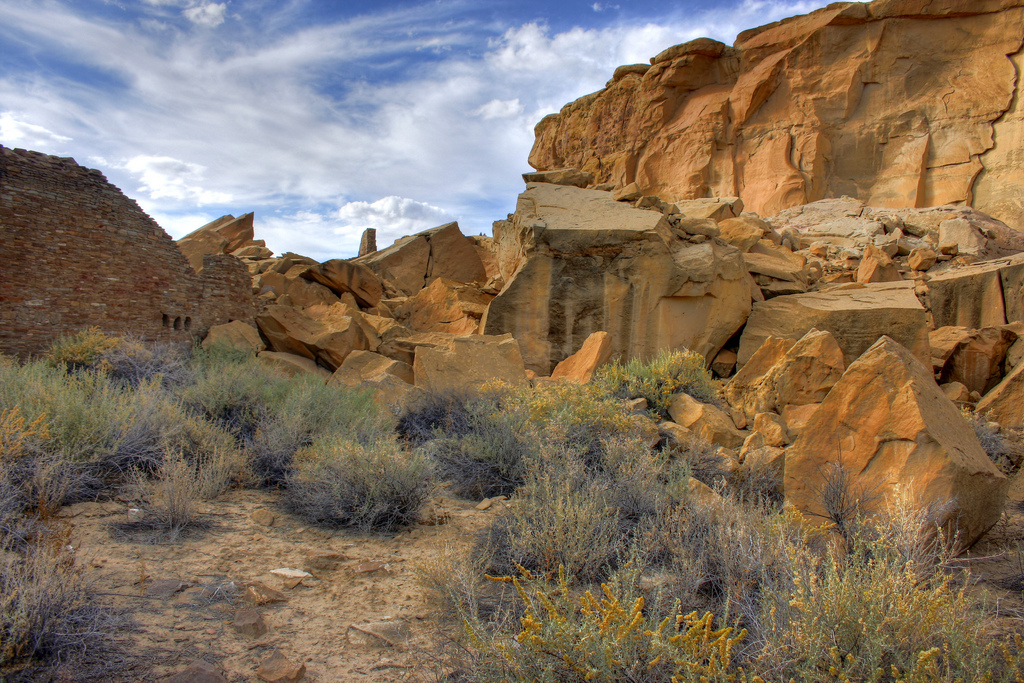 Working together is tough, and learning to trust one another when facing big decisions can be even tougher.

This is especially true when government agencies are trying to balance oil and gas development with the needs of communities, industry, and other stakeholders.

Just because issues don’t have easy solutions, doesn’t mean we should shy away from finding common ground.

This is especially true if we want to preserve the amazing beauty of our western landscapes and protect the health of our communities living with nearby oil and gas development.

No other place embodies this conflict more than the Chaco Culture National Historical Park in northwest New Mexico. More than 85 percent of public lands in this area are already leased for oil and gas development, and tens of thousands of wells have been drilled. Recently, leases were even proposed on the doorstep of Chaco Canyon. Thankfully, those leases were withdrawn, due to concerns for the park and the potential impacts on nearby communities.

It’s one of our most cherished cultural symbols, and is a key component of our $6.3 billion outdoor recreation industry. The park itself generates more than $2.3 million in direct spending, and is part of a regional network of national parks, including Aztec Ruins, Mesa Verde and Canyon de Chelly, that generates millions more.

Chaco Canyon is more than just a national park, though. It’s central to the history of our people and other pueblos and tribes in New Mexico. A thousand years ago, it was the center of the pueblo world. People from throughout the San Juan Basin traveled to the canyon along formal, constructed roads, including the famous Great North Road, to trade and participate in religious and cultural events. To this day, pueblo people come to Chaco Canyon to honor our ancestors and carry on these religious and cultural practices.

Archeological marvels, such as Pueblo Bonito, are the reason the United Nations designated Chaco Canyon and several sites outside the park as a World Heritage Site. The U.S. Bureau of Land Management has identified nearly 2,000 Pueblo and Navajo cultural sites on surrounding public lands.

However, as oil and gas development encroaches closer and closer to Chaco Canyon, the health of the park and the beauty of the landscape are increasingly threatened. A spider web of drill pads, roads and pipelines now fragments the landscape north of the park, surrounding some of the World Heritage Sites and crisscrossing the Great North Road (and other prehistoric roads). Ozone forming pollutants from well sites using outdated technology are making a bad situation even worse for air quality. And Chaco Canyon’s famous night skies are now at risk, due to the increasingly common practice of “flaring” natural gas when drilling for oil.

We simply can’t turn back the clock, particularly in an area as heavily developed as the San Juan Basin.

We can move forward with development in a more thoughtful way — by working together, building trust, and finding solutions.

That’s why we’re calling on the BLM to conduct a master leasing plan effort for the Greater Chacoan landscape in a way that brings together key stakeholders — affected communities, tribal governments, the National Park Service and the industry, among others — and develop a “smart from the start approach” that strikes the right balance between responsible oil and gas development and conservation.

It won’t be easy, but we need to have a thoughtful conversation and think long-term if we want to arrive at the best decisions for everyone.

We don’t have to choose between protecting the land, communities, and energy development. The BLM can — and should — do both.