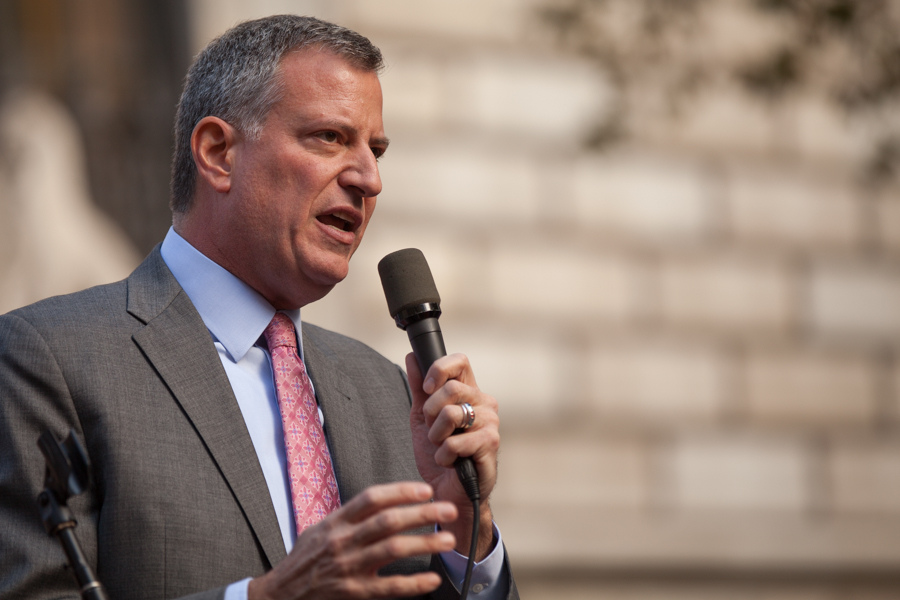 New York City mayor Bill de Blasio is on vacation and the New York media wasn’t quite sure where he would be going.

But on Wednesday, at least, he was in Albuquerque and had lunch with Albuquerque mayor Richard Berry. The bipartisan meal—Berry is a Republican while de Blasio is a Democrat—took place at Flying Star in downtown Albuquerque.

Only in New Mexico would Bill DeBlasio be in a coffee shop and no one recognize/care. Except me of course- selfie or no selfie?

Capital New York, a news organization run by the same people who own Politico spoke to Berry.

“He and I had a really enjoyable conversation,” said Berry, who said de Blasio is “trying to take a couple of days and relax a little bit.”

They exchanged compliments about each others’ respective cities.

“I told him I enjoy the city he serves,” Berry said, and de Blasio told Berry he thought Albuquerque was “beautiful.”

Berry said the two spoke about their families, though they did speak about some policy issues.

De Blasio’s press secretary had a little less knowledge of what was discussed than Berry. Again, from Capital New York:

Dunn wasn’t the only one to recognize de Blasio.

Berel Levertov, a rabbi from Santa Fe, snapped a selfie with the mayor.

He asked me if he can take a selfie and I said “sure! This is New Mexico!” 😉 pic.twitter.com/JFkgzLh9WB

In case you were wondering, the two had “Spanish frittata with egg whites, wheat toast with homemade strawberry preserves and a side of gazpacho,” according to Berry. While de Blasio had a double espresso, Berry stayed with a decaf coffee, he told Capital New York.

If anything, de Blasio’s conversation with Berry sounds more cordial than his relationship with New York governor Andrew Cuomo. Before going on vacation, de Blasio criticized Cuomo and said Cuomo had not been easy to work with. The remarks came just days after the end of New York’s legislative session.