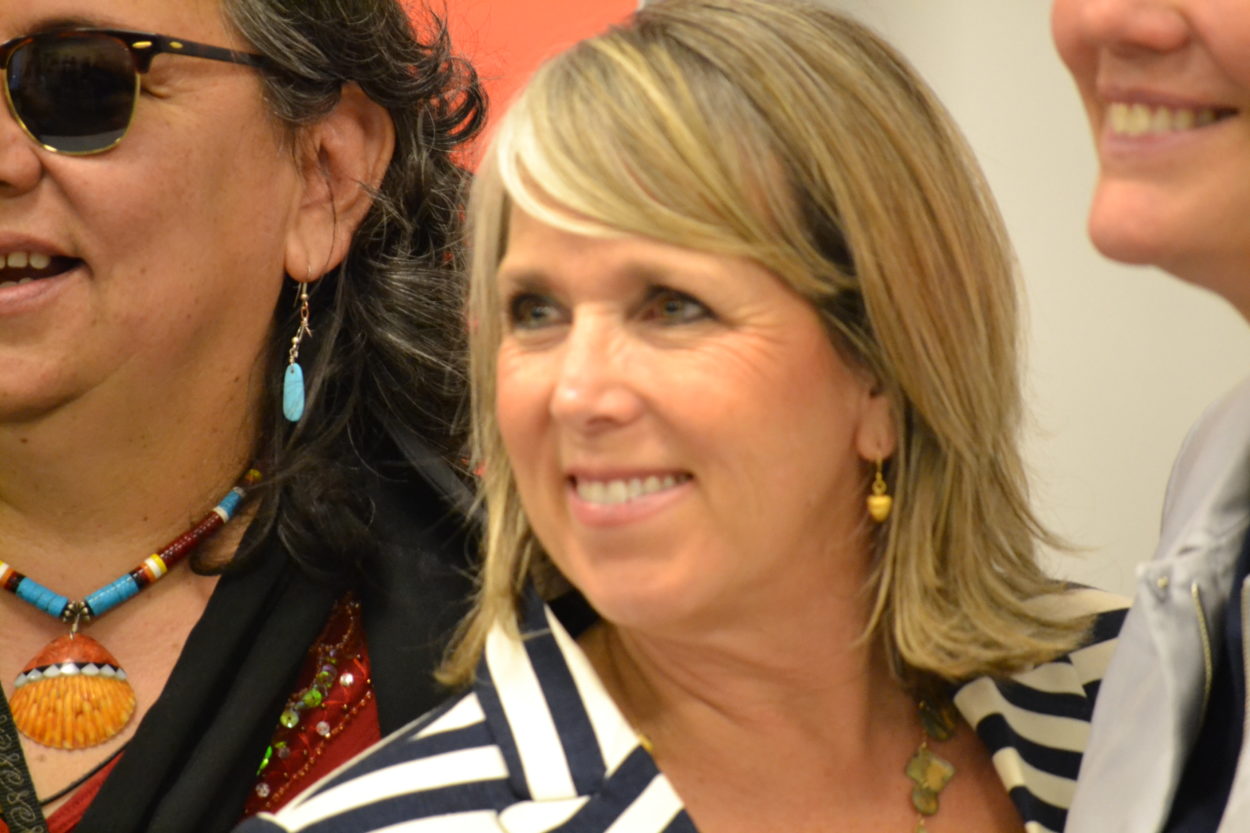 U.S. Rep. Michelle Lujan Grisham put her undercover hat back on and experienced the long lines at a Social Security Administration office in downtown Albuquerque.

Michelle Lujan Grisham speaking to those in line in a Social Security office in Albuquerque.
Courtesy photo.

The second-term member of Congress initially wrote about her experience on her Facebook page on Monday evening. Later Monday evening, New Mexico Political Report caught up with the Democrat from Albuquerque before she got ready for an early morning flight back to Washington D.C.

Lujan Grisham showed up to the offices at 7:00 a.m. and joined the line. She did not inform the workers that she would be there in an attempt to not get any preferential treatment.

She said that it was a three hour wait and that this was “the best way to get their attention.”

“It is unbelievable to me that there seems to be little or no compassion in that environment,” she said.

Lujan Grisham described an office that was understaffed—two windows had no workers while dozens of people waited in line—with many waiting in the sun outside, with nowhere to sit.

“No shade, no chairs, no benches, no anything,” she said.

It isn’t rare to get complaints about Social Security services, according to Lujan Grisham. Those complaints along with veterans service issues are the two most frequent complaints for her office.

Those who contact her office generally get better service than those who just go in line and wait.

“If you don’t know to come to me, you get the very opposite experience with Social Security,” she said.

One reason she spent Monday morning in line was because she had heard so many complaints about the long waits. When her office spoke to Social Security administration officials after complaints, they said the waits weren’t as long as some said.

“It’s very difficult to dispute those facts when I am right there and I experienced it,” she said.

She also has concerns that an impending move would make things worse. The offices are expected to move to a smaller—and cheaper—office in downtown Albuquerque which she says doesn’t have any public parking.

This wasn’t the first time that Lujan Grisham went undercover, though even an hours-long wait doesn’t compare to her previous Nellie Bly impression.

As Director of the New Mexico Agency on Aging, Lujan Grisham went undercover as a stroke victim in a shelter care center to show substandard care. She called that experience the “longest weekend of my life.”