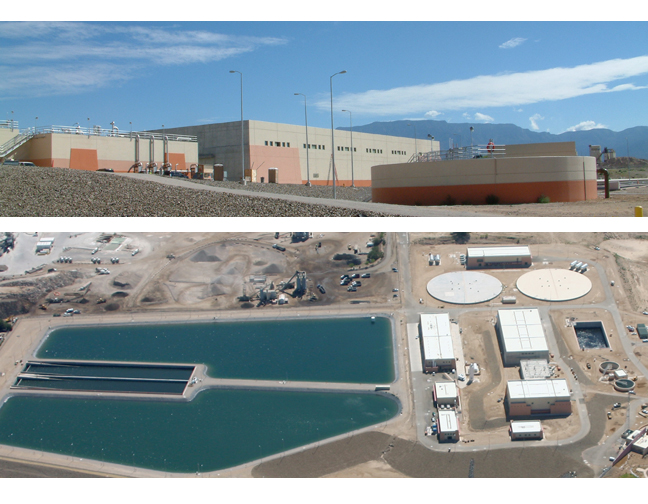 A state department has fined the Albuquerque Bernalillo County Water Authority more than $144,000 for several violations, the most serious of which is over the exposure of multiple employees to a toxic chemical.

In May, New Mexico Occupational Safety and Health Bureau (OSHA) found 44 violations by the Water Authority after six months of investigation. More than a third of the dollar figure for the fines comes from exposing employees to hazardous levels of ozone, a toxic gas that at high levels can cause serious respiratory problems and trigger asthma attacks.

Ozone is one of the many chemicals used to purify drinking water at the Water Treatment Plant in Albuquerque.

OSHA classifies the ozone violation as “willful-serious,” noting that the Water Authority “was aware that there were no [National Institute for Occupational Safety and Health-certified] respirators for ozone” and instead allowed its employees to use air-purifying respirators.

The Water Authority is contesting the violation, which totals $55,000.

The dispute stems from an incident where an employee discovered a “minor leak” in a pipe in the area of the plant that works with ozone. Water Authority employees appealed to OSHA after being ignored through the internal grievance process, according to an employee with knowledge of the situation who didn’t want to be named in fear of retaliation.

According to a June 15 letter from the Water Authority to the state Environment Department, which operates the state OSHA, the ozone exposure from the pipe leak at first met the federal requirements of 0.1 parts per million over the average of an eight-hour work shift.

But when employees attempted to tighten flange bolts “which, based on prior experience, typically stops small leaks,” the exposure jumped above the 0.1 ppm ozone requirements, according to the letter, written by Water Authority General Counsel Charles Kolber.

At that point, employees “immediately left the area and did not return until a new job hazard analysis was prepared and implemented.”

During the incident, employees wore masks equipped with “organic vapor cartridges.” But the respirators weren’t federally certified to actually protect the employees from ozone exposure.

Water Authority spokesman Davis Morris contended that the ozone exposure levels were actually too low to do any harm.

“OSHA said, ‘No, this respirator isn’t rated for working with ozone,” Morris told New Mexico Political Report. “What we’re saying is you don’t need a respirator at all.”

Morris did not provide the exact levels the ozone exposure rose to during the incident before press time.

Kolberg’s letter made a similar argument about a lack of need for respirators, noting that federal guidelines “allows for exposure up to 0.3 ppm with no respiratory protection whatsoever for up to 15 minutes.” But in the same sentence, Kolberg writes that using cartridge respirators that aren’t certified to handle ozone exposure “may provide some protection.”

In other parts of the letter, he characterizes the practice of using the wrong respirators for ozone exposure as “a good faith effort to provide employees protection.”

Kolberg’s letter also argues that his agency didn’t violate the law by not providing adequate respirators because the employees “were not entering an ozone atmosphere above the OSHA [permissible exposure limit] and were continuously monitoring for changing circumstances.”

Morris added that the respirators employees wore during the incident is commonly used as an “escape device.”

“If something happens unexpectedly, it will provide you protection while you exit,” Morris said.

By arguing against the assertion that the Water Authority acted in “plain indifference” to the ozone exposure, Kolberg acknowledges that management “was aware of the health and safety hazards” and they “communicated that fact to employees.”

“If in the judgement of the [Occupational Health and Safety Branch] the use of a cartridge respirator was a mistake in this particular circumstance, it is still not a willful violation as inadvertent, accidental or ordinarily negligent violations are distinguishable from willful,” he writes.

While Kolberg adds that the using cartridge respirators for protection from ozone exposure is “an accepted practice in the industry,” the incident prompted the Water Authority to change course on its practices.

“I understand that when the violation was pointed out during the inspection, the [Water Authority] was able to obtain and provide NIOSH-certified respirators for their employees and were also able to revise their policy to comply with the regulation,” state Environment Department spokeswoman Allison Majure wrote in an email to New Mexico Political Report.

Majure added that both the Water Authority and the state OSHA are working on scheduling a meeting to discuss the ozone violation.

Read the OSHA citations and the Water Authority’s contest letter below: