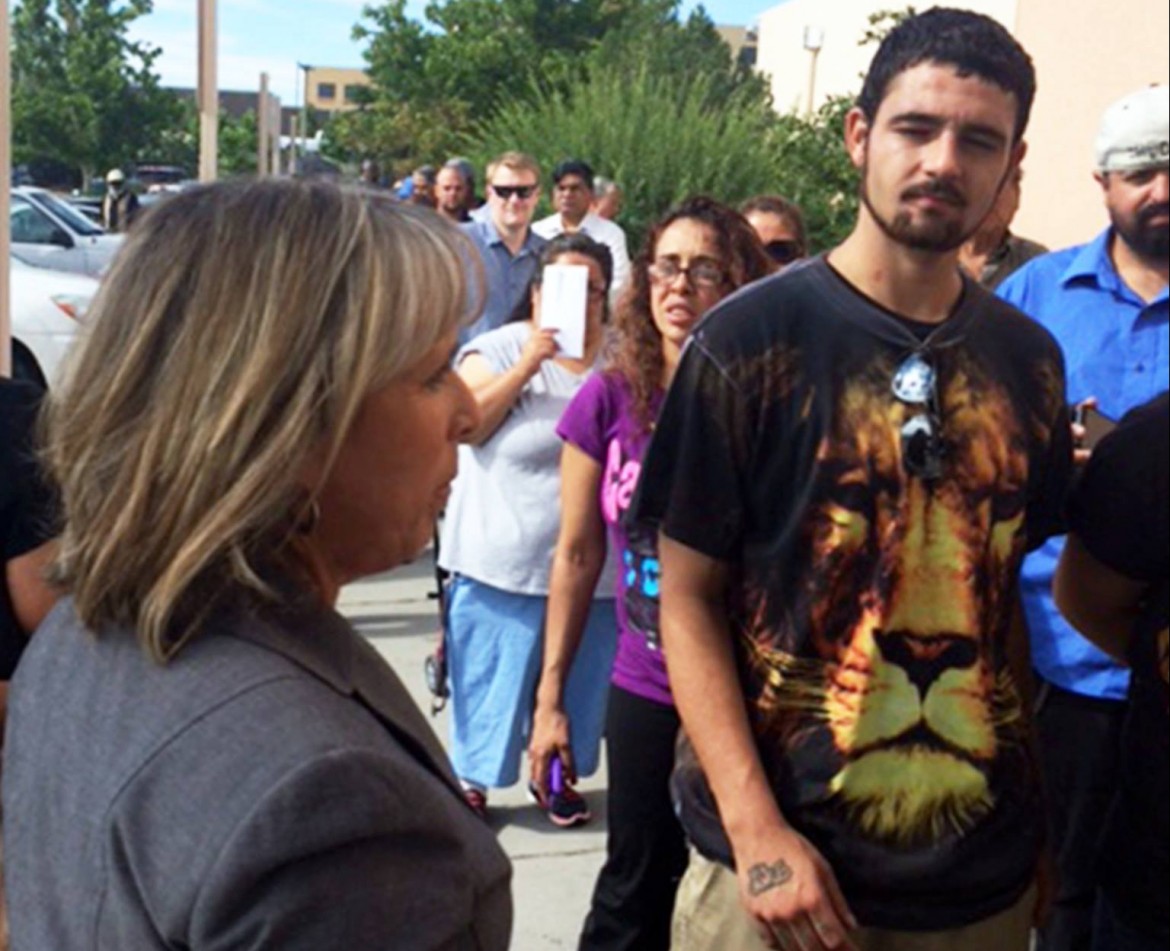 Congresswoman Michelle Lujan Grisham is asking the head of the Social Security Administration to suspend a move of an office to a downtown Albuquerque call center.

The move is scheduled for August 3, less than a week from today but Lujan Grisham says a lack of parking and outreach over the move shows that this should be delayed.

New Mexico Political Report spoke with Lujan Grisham about the surprise visit she made to the current offices in early July.

The second-term member of Congress described people waiting outside with “no shade, no chairs, no benches, no anything.” She expressed concern that a move to the downtown call center would exacerbate these and other problems.

In the letter to Colvin, which is available at the bottom of this story, Lujan Grisham said promised contact to the landlord about providing such accommodations never happened.

“I remained disturbed about the lack of action by SSA and [the General Services Administration] in resolving this matter,” she wrote.

But when it comes to the move, Lujan Grisham says that things need to be slowed down to address problems.

“I understand and support SSA’s goal to carefully manage taxpayer dollars, but this must not come at the expense of SSA’s mission, which is to deliver Social Security services that meet the needs of the public,” Lujan Grisham wrote. “Due to the concerns my constituents have raised and my office has identified, I urge you to suspend your planned move to the Downtown TSC Office.”

However, there is no indication that the Social Security Administration will delay the move.

“The primary reason for our move is to provide an improved experience for our customers in the Albuquerque area,” Regional Communications Director of the SSA Dallas office Sarah Schultz-Lackey said in a statement provided to New Mexico Political Report Tuesday evening. “The new office will allow us to offer  streamlined customer service with more interviewing windows at the front of the office.”

“We will have a larger lobby in this new space with increased seating,” the statement continued.

Lujan Grisham says that there is not suitable parking for those seeking help from the Social Security Administration and the parking that is available is not free.

“Given that SSA refuses to validate visitor parking, your planned move will impose new expenses on many people who live at or near the poverty line,” she wrote.

Another parking issue Lujan Grisham identified is the lack of parking for disabled individuals. She wrote that there is no such parking in a two-block radius and “there is no disable drop-off zone next to the building.”

Schultz-Lackey said in her statement that the new location “has easy access to public transportation- something our current space does not.”

The move will be a money saver.

“This move, which will colocate our office with space already leased by SSA, does save taxpayers approximately $8 million dollars over 10 years, but service to our customers is our chief concern and we are confident this move will allow us to meet the needs of the public in a more effective manner,” Schultz-Lackey said.

Another problem Lujan Grisham has with the move is the lack of outreach over the move; she said that 30 media outlets in New Mexico and 80 third-party organizations removed an official call, electronic message and letter from the Social Security Administration about the move.

“My office reached out to 21 homeless shelters, senior centers, and veteran service organizations but only one of the organizations—the New Mexico Coalition to End Homelessness—indicated that they were notified from SSA regarding the planned move.”

After Lujan Grisham sent her letter to media outlets on Tuesday, the Social Security Administration put out a press release announcing the move.

“The agency looks forward to welcoming the public and continuing to provide them with excellent service, in this new location in the city,” the Social Security Administration said in the statement announcing the new office. “The office will cease operating at the 4300 Cutler NE location on Friday, July 31.”